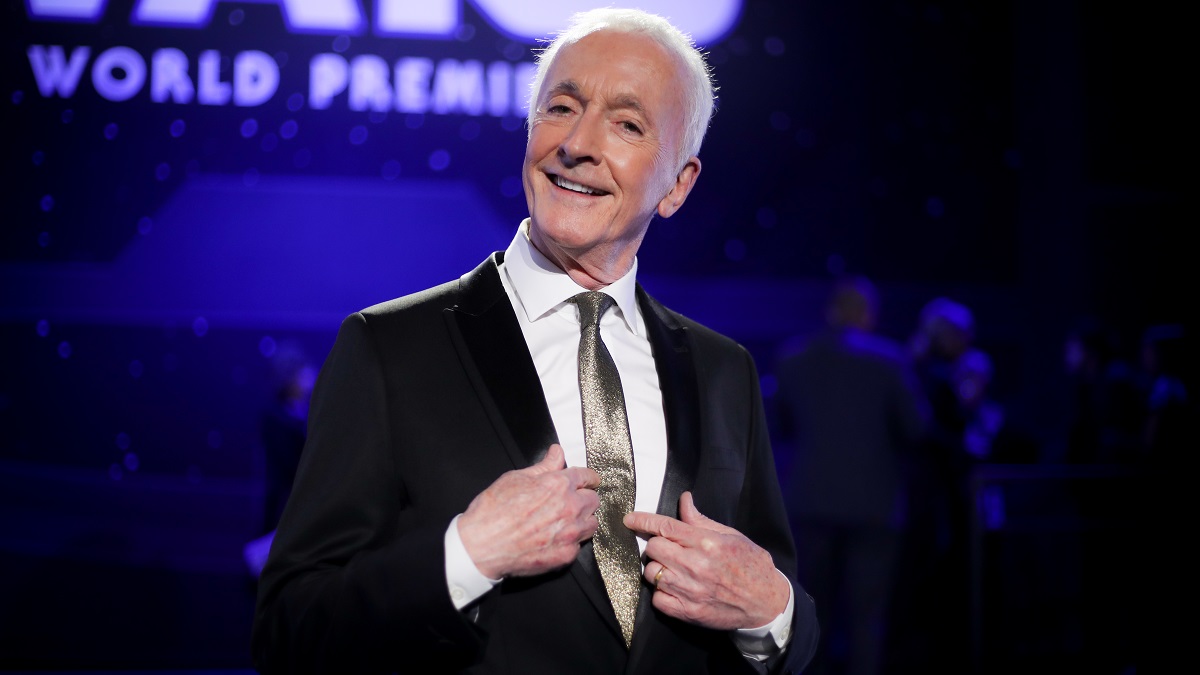 It looks like Anthony Daniels, most notable for his role as C-3PO in the Star Wars films, will soon be returning to our screens as the lovable droid.

The British star took to Instagram to post a behind-the-scenes photograph of himself dressed in a motion capture suit, revealing his return as the famous droid for an upcoming project. While the project itself has yet to be revealed, according to Star Wars News Net reports, it’s most likely the anticipated animated film from Lucasfilm, Star Wars: A Droid Story, which was announced in Dec. 2020.

The upcoming film is set to feature a new hero guided by R2-D2 and C-3PO and will air on Disney Plus sometime this year.

As a Star Wars veteran and a member of the original cast, Daniels is no stranger to keeping things secret. He’s portrayed C-3PO since 1977, but with so many Star Wars movies, games, and television shows expected to be released in the next couple of years, it’s not certain which one(s) he will appear in. That said, with the premise of Star Wars: A Droid Story already announced, it’s believed that he will play a major role in the upcoming film.

It’s been two years since C-3PO was last seen on screen in Star Wars: The Rise of Skywalker. As the ninth and final installment of the Skywalker series, fans believed that Daniels’ time as the famous droid had come to an end. After his Instagram post, however, it looks like fans of the actor and character can anticipate his imminent return.