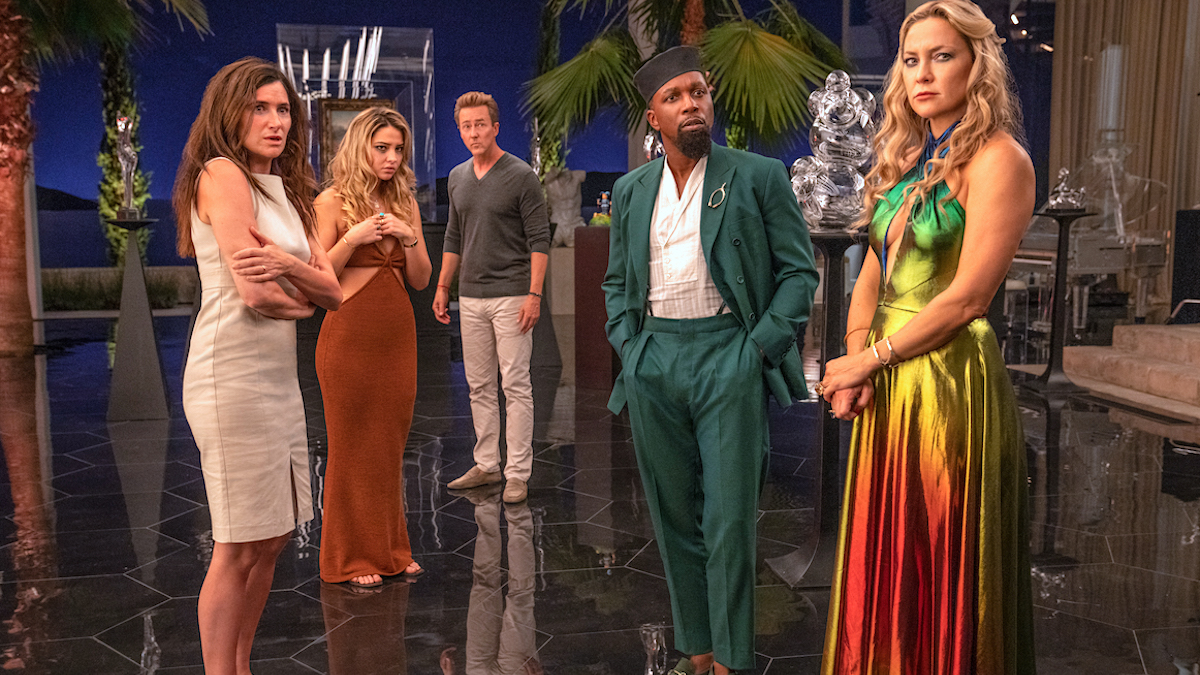 Like its predecessor, Glass Onion: A Knives Out Mystery is filled to the brim with a star-studded cast. From Daniel Craig and Kate Hudson to Kathryn Hahn and Dave Bautista; from Leslie Odom Jr. and Madelyn Cline to Jessica Henwick and Edward Norton, all the way to the many cameos that flavored the film like a well-seasoned steak: Angela Lansbury, Hugh Grant, Natasha Lyonne, Stephen Sondheim, Ethan Hawke, Kareem Adbul-Jabbar, Yo-Yo Ma, and Joseph Gordon-Levitt.

Nevertheless, after the true killer was revealed and the credits rolled, the name on everybody’s lips was Janelle Monáe. So strong was her performance that her name was the one to watch out for among the list of Golden Globe nominations for Best Actress in a Motion Picture Musical/Comedy. However, when The Hollywood Foreign Press Association released the nominations, Monáe’s name was nowhere to be found despite the fact that three years prior Ana de Armas received the nomination in the same category for a role akin to Monáe’s in Knives Out. Daniel Craig was nominated for Best Actor both times for Knives Out and Glass Onion.

Leading up to Glass Onion’s limited theatrical release and debut on Netflix’s streaming platform, the movie’s marketing team went to great lengths not to reveal too much about Monáe’s character in either the trailer or press releases, and for good reason. Out of all the players on the chess board, including Craig’s vitally important Benoit Blanc, Monáe’s is the one that carries the film on her shoulders.

Part of the elite group of friends that tech billionaire Miles Bron (Edward Norton) invites to his private island in Greece, Monáe’s character is the true “disruptor” of the movie, a term Miles users to call his group of friends for all the various ways in which they stir the pot of societal norms.

Like Ana de Armas’ character Marta Cabrera from the first Knives Out movie, Monáe in Glass Onion is the axis on which the film swivels, showing us one angle of her character one minute and another angle the next. If this sounds vague, it is intentional; to reveal Monáe’s involvement in the movie is to give away a major plot twist.

The 37-year-old actress is a graduate of the American Musical and Dramatic Academy in Los Angeles and has been a leading actress in Oscar-winning films such as Hidden Figures and Moonlight, not to mention she is a singer whose songs such as “Make Me Feel” have shot to the Billboard Hot 100 list.

Glass Onion in particular offered Monáe perhaps her biggest stretch as an actor, allowing her to roll around in a sandbox rife with possibilities and show audiences just how wide her range is.

“It’s been an incredibly transformative experience for me as an actor,” Monáe told the Associated Press. “I got an opportunity to show range. This character goes from comedy to the deep emotional, heavy-lifting dramatic scenes all the way to action, where I found myself working with a stunt coordinator at five, six in the morning in Greece after eating baklava.”

Monáe’s snub from the Golden Globes once again calls into question which actors The Hollywood Foreign Press has their eyes on and which ones they choose to ignore. Those who wish to see her at her best, nomination or not, can do so on Netflix where Glass Onion: A Knives Out Mystery is currently streaming.