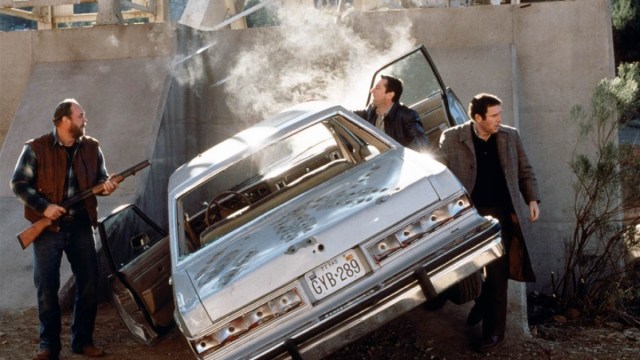 The origins of the odd couple action comedy is often traced back to Walter Hill’s 1982 classic 48 Hrs., with Shane Black and Richard Donner helping perfect the formula five years later when Lethal Weapon solidified what would soon become tropes, but Midnight Run should never be left out of the conversation when discussing the decade’s Golden Age for bickering duos.

A hefty hit at the time of its release, Martin Brest’s breezy caper would go on to haul in $81 million at the box office, win massively enthusiastic reviews from critics and audiences alike, before going on to land Golden Globe nominations for Best Picture in the Musical or Comedy category, and Best Actor in the same subsection for Robert De Niro’s against-type performance that took the method man’s supporters completely by surprise.

It takes two to tango in a buddy flick, though, with Charles Grodin completing the other half of a central dynamic that’s rarely been bettered in the genre since. The plot is set in motion when De Niro’s bounty hunter is tasked to track down and bring in Grodin’s accountant for the mob, before they find themselves reluctantly partnering up to evade organized crime groups, the local authorities, and the feds.

Needless to say, much in the way of hijinks ensue, with streaming subscribers having been flocking to Midnight Run once again this week. Proving that classics truly don’t go out of fashion, the 1988 blast from the past has been going on a journey of its own up the iTunes rankings per FlixPatrol, possibly winning over a new generation with its undoubted charms.