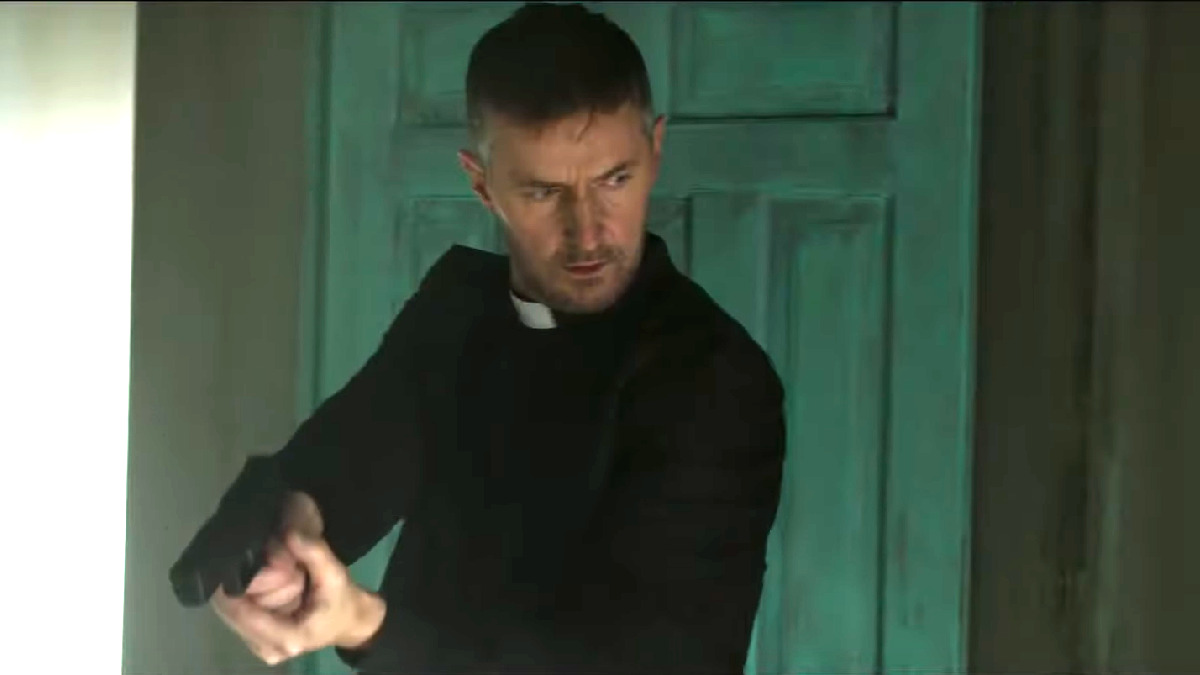 Richard Armitage should probably be a bigger and more well-known star than he is, but the actor certainly isn’t above heading beyond his comfort zone to try new things, as evidenced by action thriller The Man from Rome.

Marking his second international production in a row following his supporting role in Netflix’s bonkers Korean sci-fi blockbuster Space Sweepers, the literary adaptation saw Armitage jet off to Italy to star as Father Quart, who is of course a member of the Vatican’s Institute of External Affairs.

What is that, you may ask? Within the context of the film, it’s basically the city-state’s version of secret intelligence, with the roguishly handsome man of the cloth dispatched to track down a hacker who infiltrated the Vatican’s system to send a message directly to the Pope. From there, our debonair priest kicks plenty of ass, and takes his fair share of names, too.

Not entirely well-received by critics, The Man from Rome should at the very least win points for telling what’s basically a glossy espionage adventure story steeped in religious sentiment. It’s a strange tonal mix, but one that’s nonetheless endeared itself to streaming subscribers if the latest rankings are anything to go by.

Per FlixPatrol, The Man from Rome has answered the prayers of the Prime Video algorithm by becoming one of the platform’s most popular titles. Could an unlikely franchise be on the cards? We’ll just have to wait and see, but we’d be lying if we said our interest wasn’t piqued by the thought of Armitage getting his own stab at Bond or Bourne, albeit with an ever-so-slightly sacrilegious twist.