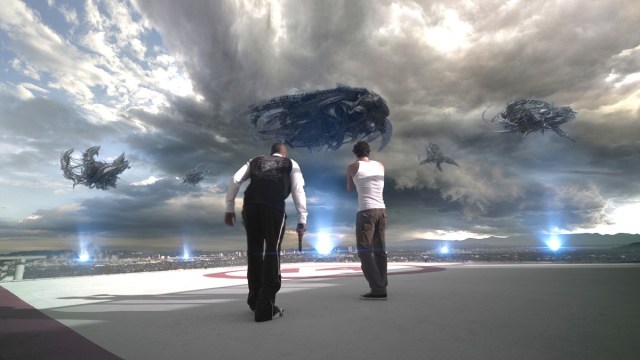 For the most part, sci-fi cinema revolving around intergalactic invaders or out-of-this-world interlopers tend to end with a thrilling fightback that sees the human race vanquish its enemies from beyond the stars, restoring our place at the top of the food chain in the process.

That isn’t always the case, though, and while it’s a risky move to end a cosmic caper on a downbeat note that finds humanity on the losing side, plenty of great films have taken just that very swing. In fact, subjugated sci-fi fans on Reddit have been praising the titles to flip the bird at our very own planet, bowing down to our new alien overlords in the process.

The top-voted comment at the time of writing is made with tongue firmly in cheek, even if it’s completely accurate in pointing out that any person to watch Battlefield Earth instantly puts them on the losing side, which is fair enough given the horrendous reputation that still follows John Travolta’s ultimate folly around like a bad smell.

Daniel Espinosa’s Life is a good shout, with the twist ending proving so shocking that many fans inferred the film would actually be revealed as a Venom prequel all along, which was most definitely not the case. The incredibly polarizing Skyline also saw the erstwhile bad guys win, although it was hard to care when the film was so terrible.

It isn’t all sunshine and roses in the world of science fiction, then, with countless candidates being put forth to suggest that sometimes we’ve just got to resign ourselves to the fact that little green men or terrifying space monsters are here to put us in our place.