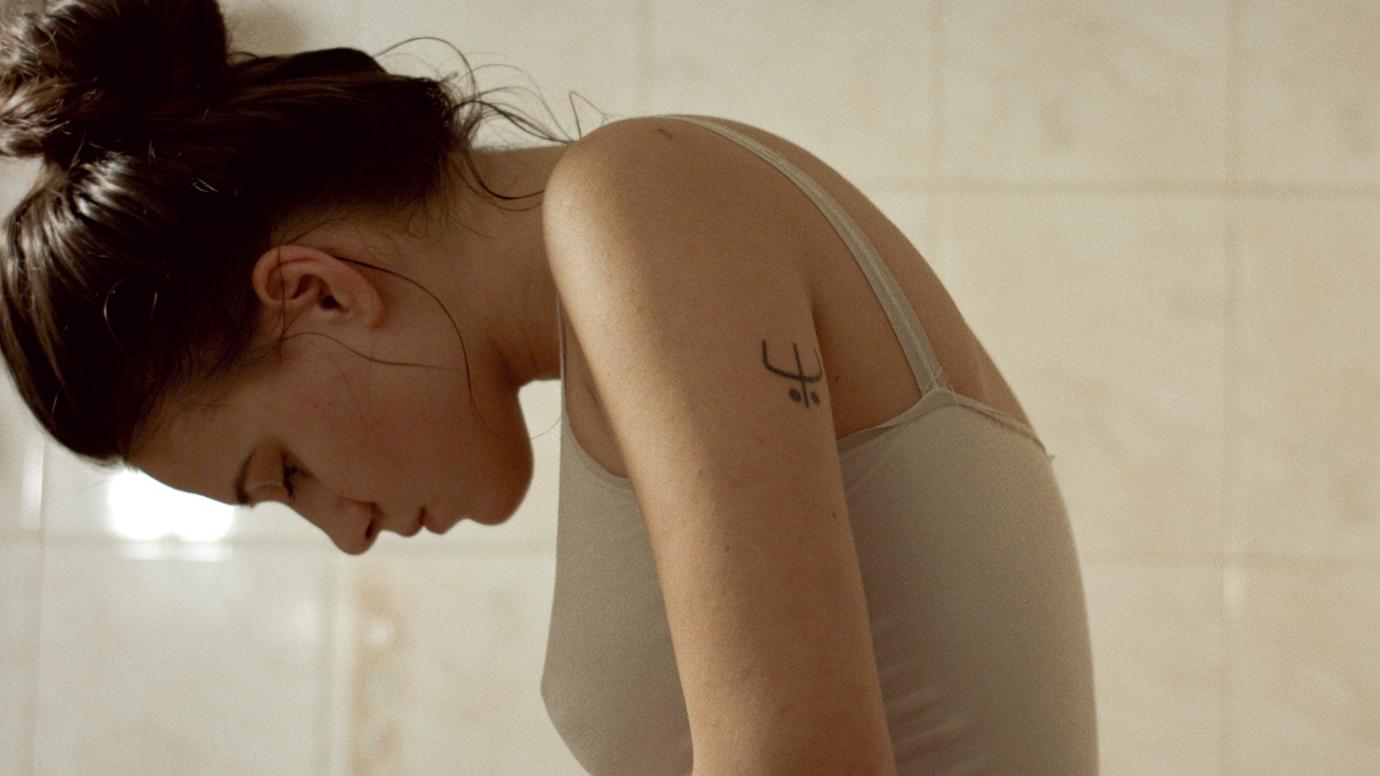 Women Do Cry proves to be a provocative watch, which is sure to divide audience opinion.

Women Do Cry, a female treatise on the role of gender in Bulgarian society, grabbed headlines at Cannes last year for a number of reasons, chief amongst them was the presence of Oscar nominee Maria Bakalova. The actress had already garnered headlines for her show-stopping performance in Sacha Baron Cohen’s sequel to Borat. As Sonja, she provides a voice to those people who suffer in silence, having unknowingly contracted HIV through sexual encounters. In an often tempestuous performance opposite Ralista Stoyanova’s Lora, they play sisters in a close-knit family trying to make ends meet. However, beyond the daily grind of fractious personal relationships, Women Do Cry uses her provocative narrative revelation as a means to rattle some cages.

Through this film, writer-directors Vesela Kazakova and Mina Mileva have crafted a powerful cinematic diatribe on gender relationships, not only from the perspective of Bulgarian natives but also on a broader scale as the political invades the personal in their tight-knit, though turbulent family unit. Within this small ensemble, Bilyana Kazakova’s Veronica suffers from postnatal depression, Lora encounters daily examples of toxic masculinity, and Sonja faces prejudice and overt persecution in light of her HIV diagnosis.

As a mother to the three girls, Mileva tops off this dysfunctional family unit as Yoana, alongside Iossif Surchadzhiev’s old school patriarch. In flashes of kitchen sink drama which find this inter-generational ensemble around the dinner table, conversations overlap, tempers get frayed, and words are frequently fraught with emotion. Each of these women had the potential to excel in their chosen fields, whether that was Yoana studying medicine, Sonja through music, or Lora in construction.

Veronica chose to embrace motherhood, unaware of the impact this choice would have further down the line. Either teetering on the brink of literal suicide or considering a more dire course of action, Kazakova’s performance is no less visceral than anyone else on the screen. Bakalova may have made headlines for her contributions to Women Do Cry, but this remains a genuine ensemble piece with some hard-hitting things to say about gender fluidity, sexual attraction, and cultural change.

Against this personal narrative of a single family in turmoil, Kazakova and Mileva also bring the issues of domestic violence into play by tying in protests around the Istanbul convention of a European human rights treaty, which specifically addresses violence towards women, as well as domestic violence in the home. Within the fabric of this film, Sonja also encounters ignorance firsthand from male doctors refusing to treat her, while neighbors cast aspersions based on gossip. Blame is assigned without a conversation, generational assumptions are applied through misunderstandings, and her father seeks to dominate through violence.

Women Do Cry sets out its stall with efficiency in terms of intention, without feeling the need to grandstand or tub thump needlessly. It purposely taps into the wide-reaching ramifications of an ill-informed public on matters of HIV transmission. Social exclusion, public fear, and personal prejudice are laid bare against the backdrop of a teenage girl who is coming to terms with this new normal alongside her older sister. The relationship that ultimately gives this film some softer edges as the chemistry between Bakalova and Stayanova provides genuine heart.

Going from competing siblings to unified women against a wider world, Sonja and Lora are more than polished portrayals of relations in crisis. Either simpering, bickering, or standing strong in the face of conflicting forces, their loyal to each other is unwavering. Kozakova’s Veronica is also imbued with a raw vulnerability, which comes through most notably when she’s away from the group as she battles demons of her own. The situation is only alleviated when the sisters take on a road trip together out of town, where this family can briefly find some solace.

Beyond the fresh air and sunshine, this segue is also important because HIV is approached from a different angle. In a last-ditch attempt to ignore her diagnosis Sonja seeks out the comfort of religion, which brings in debates around holistic healing and spiritual intervention. As a counterpoint to the cold hard facts of sexual transmission, it takes the focus off these characters momentarily before heading back home.

Women Do Cry is not an easy watch, and audiences are best going into it prepared. That being said, it deals with some difficult topics in a sensitive way, looking to promote debate rather than preach from the pulpit. In so doing, it raises awareness around issues of gender identity and what that means in a global culture where an individual sense of self has never been more important.

SXSW Film Review: 'Women Do Cry' proves to be a hard hitting drama not for the faint hearted

Women Do Cry proves to be a provocative watch, which is sure to divide audience opinion.