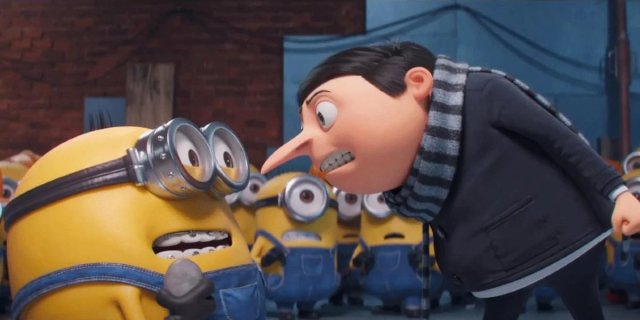 Minions: The Rise of Gru is making a sizable impact on both the box office and in meme culture, and that tap into the meme economy may have just tapped into its biggest demographic.

As the funny yellow tic-tacs return to cinema, they’ve made remarkable headlines that push the film well beyond what the marketing team at Illumination Animation or parent company Universal would have expected.

Thanks to another chapter of the internet causing bizarre events, Minions is not only smashing the box office, but also literally causing the film to exit cinemas. The culprit? It’s not children, and it isn’t fully grown adults: it’s teenagers. In what can be seen as a sequel of sorts to the events surrounding Morbius, young males have made up the majority of people who have been viewing The Rise of Gru according to The Hollywood Reporter.

Universal president of domestic distribution Jim Orr chimed in, remarking it’s the result of the series playing to a “very broad audience”.

The movie is playing to a very broad audience, as well to families and the very young. The audience was more than eager to come out and see this movie. It is so gratifying to see this sort of box office return.

The #GentleMinions trend undoubtedly had an impact on the film, and this data from PostTrak given to The Hollywood Reporter would suggest memes can mean money for big businesses like Hollywood. Early days for Minions 2 suggest it could chase up its predecessor’s overall gross, with 2015’s Minions grossing over $1 billion.

Minions: The Rise of Gru is currently in cinemas, but keep an eye out for chains closing up sessions of the film.