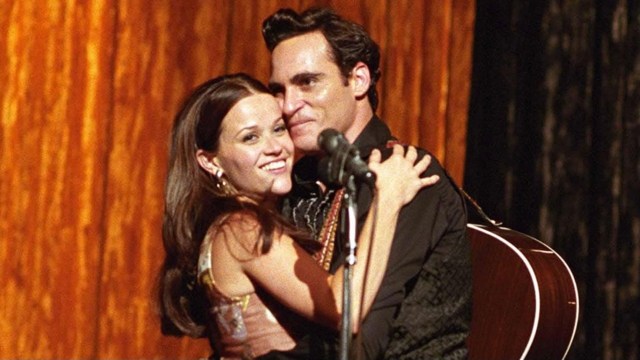 Country movies could either showcase life in the American countryside, or focus on the extremely popular country music genre, as well as the ups, downs, and middle grounds of country musicians. From the serene and idyllic life, to the exciting music scene, these movies usually cover much ground and tell many kinds of stories. These films have proven to be quite popular for many decades, and cover a wide range of movie genres, from romance, to action, musical, drama, and more.

Here are 10 of the best country movies that hit all of the right buttons for viewers.

This critically-acclaimed biopic tells the story of country music legend Johnny Cash and features absolutely enthralling performances from Joaquin Phoenix as Cash, and Reese Witherspoon as his second wife, June Carter. There’s music, drama, and a lot of romance in this revered film, and Witherspoon famously took home the Academy Award for her captivating portrayal. What makes it worth the watch is that the screenplay was based on both of Cash’s memoirs: Man in Black: His Own Story in His Own Words, and Cash: The Autobiography, so there’s a lot of authenticity.

This 2009 film was based on the 1987 novel of the same name and won several awards after its release, including the Academy Award for Best Actor for Jeff Bridges’ explosive portrayal of washed-up country singer Otis Blake. Joining Bridges in the film was Maggie Gyllenhaal, who starred as a journalist named Jean who enters the singer’s life and prompts him to turn his life around for the better. A major bonus that makes this film worth the hype is its impeccable soundtrack. The film’s theme song, “The Weary Kind” won Best Original Song at the Oscars, Golden Globes, and the Satellite Awards.

Steel Magnolias will undoubtedly go down as one of the movies with the best castings in history. With an ensemble cast featuring some of Hollywood’s most-loved ladies: Dolly Parton, Sally Field, Shirley MacLaine, Olympia Dukakis, Daryl Hannah, and Julia Roberts, this comedy-drama was a hit when it was released in 1989, and continues to receive praise today. The film revolves around the lives, tragedies, heartbreaks and loves of a close-knit community of women at Truvy Jones’ beauty parlor in Louisiana.

With a Rotten Tomatoes score of 100%, this classic drama is hard to beat. Old Yeller tells the story of how a small Texas family, the Coates, falls in love with a stray dog they take in. The titular Labrador is given the unique name because his bark sounds similar to a human’s yell. While the dog becomes infamous for stealing from the Coates’ farm, a scary encounter with a wild bear leads Travis Coates to adopt the dog. However, as the film is set in the 1860s, fear of rabies swarms the communities but Travis vows to remain faithful to Old Yeller.

Young Alabama native Forrest Gump has had to live with the judgement of others all his life because of his appearance and low IQ. He only has his supportive mother who raises him to be a kindhearted and thoughtful person, and Jenny, his childhood friend, in his corner. Forrest leaves home and goes on a journey to find his purpose, eventually growing apart from Jenny. As he makes his way through life, Forrest meets some influential people and manages to build a life of his own, impacting other lives as he goes. Forrest Gump has become one of the standout films of Tom Hanks’ illustrious career, and his emotional portrayal led to the actor receiving an Academy Award for Best Actor, one of six other Oscars the movie took home.

This 1975 musical tells the interwoven story of several characters. Over a period of five days, the characters prepare for a political rally as their lives intersect in unsuspecting ways. The characters include a lawyer, a gospel singer, two rival country singers, and many more, and their stories boil up to a climax that makes this film a truly remarkable and unforgettable watch.

Brady is a young cowboy who has lived with his father and autistic sister for years in poverty. He suffers a head injury that almost kills him and causes him to have a metal plate inserted in his head. Looking past the possible permanent damage it could cause, Brady is determined to return to bronc riding.

Smokey and the Bandit

Released in 1977, this film is set at a time when it was illegal to sell Coors beer east of the Mississippi river. Truck driver Bo Bandit is then hired in secret to transport beer across state lines. He unfortunately attracts the attention of Sheriff Justice when Bandit picks up a mysterious hitchhiker. Sheriff Justice chases behind them and Bandit does everything in his power not to be caught with the beer. Smokey and the Bandit became a worldwide cultural phenomenon, and has grossed over 300 million dollars against a budget of four million.

Pure Country was the acting debut for the popular country singer George Strait. The story follows Dusty Chandler, a famous singer who decides to take a break from a life of fame. He returns to the small town where he grew up and becomes a hired hand at the ranch of the Tucker family. He soon finds out that his manager is making moves to replace him on the stage, leading Dusty to fight for his spot.

Coal Miner’s Daughter is the 1980 biopic film on the life of Loretta Lynn, the famous country singer. Named after a popular song of hers, the film portrays Loretta Webb, raised in poverty and married at age 15 to Oliver Lynn. She began writing songs and singing in her early 20s. With only her husband’s encouragement and help, Loretta rises from being a Kentucky singer to stardom. Hollywood legend Sissy Spacek took on the role of Loretta, and won the Academy Award for Best Actress.