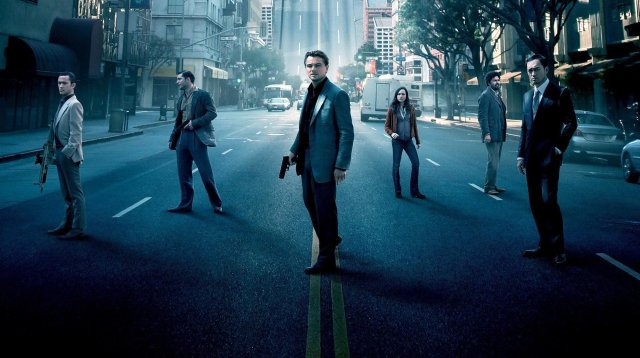 Inception is one of Christopher Nolan’s great masterpieces. With a spellbinding plot and a cast to match in Leonardo DiCaprio, Joseph Gordon-Levitt, Tom Hardy, Elliot Page, and Cillian Murphy, it quickly became a modern classic and every cinephile’s new favorite movie.

DiCaprio’s Dom Cobb is a spy with a unique M.O. — he infiltrates people’s subconscious in order to extract valuable information for his clients. One day he’s tasked with performing the opposite — implanting an idea in someone’s mind by way of their dreams. Inception’s narrative constantly travels through different dream levels, sometimes at a dizzying speed, and a more distracted viewer is likely to get lost.

The success of this mind-bending spectacle has rippled to this day with some only discovering the film 12 years later. Although there are few movies with the minute attention to detail that Inception provides, the good news is that this type of psychological trip is a seasoned cinematic recipe.

Commonly called “subjective realism” or “mental spaces,” this type of film relies on one of the coolest possibilities cinema has to offer — the ability to visually recreate subjective processes that happen inside a person’s mind. Dreams, hallucinations, cognitive and mental disorders, or drug highs, for example, can all be transformed from personal experiences to communal ones through the way image and sound are edited and manipulated. Since no human mind is entirely reliable, another trait that makes these films so popular is their ambiguity, deception and open endings.

In Inception, Nolan takes spectators inside his characters’ dreams, but the thrill is in the intellectual submersion and challenge his movie provides, so here are ten more movies that will have your mind spinning too.

Wait! Before you go on, here is a friendly suggestion: in case you do decide to watch any of the following movies, it’s best to go in with as little information as possible. This article is written with the intent of preserving the twists that make every entry, including Inception, so exciting to discover.

Martin Scorsese’s terrifyingly twisted Shutter Island is one of the movies most often paired with Inception. The two share the same year of release, the same lead actor in Leonardo DiCaprio — who delivers unforgettable performances in both movies — and the same type of complex, multilayered storytelling filled with plot twists and mind games. While Inception leans more towards a sci-fi vibe, Shutter Island is more horror-mystery influenced. Still, both are action-filled thrillers that rely on their characters’ psyche to throw audiences for a loop.

The Truman Show is the story of insurance salesman Truman Burbank’s peculiar life in the island town of Seahaven. Although he lives happily, all is not what it seems, and a revolting reveal changes Truman’s life forever.

The Truman Show is arguably one of the greatest films of all time. Jim Carrey is at his best here, bringing his classic physical humor to an increasingly questionable and uncomfortable scenario. Without spoiling what it is that makes The Truman Show a masterpiece, the Peter Weir movie earns a spot on this list for its philosophical take on modern society’s obsession with invading other people’s privacy through technology — something that is somewhat mirrored in Inception’s use of dream-sharing tech to literally invade people’s subconscious. Of course, like every single movie in this article, The Truman Show has its fair share of surprises and twists along the way.

The Conversation is almost like Inception’s predecessor. This Francis Ford Coppola 1970s forgotten gem also follows a spy, on some very important and dangerous people’s payroll. Played by Gene Hackman, The Conversation’s protagonist Harry Caul relies on tech that is much more rudimentary than that used in Inception, but to pretty much the same end: extracting valuable secret information.

If you’re looking for a movie that deals with the same kind of thematics as Inception, but is more stripped back and realistic, The Conversation is the way to go. Despite being significantly less flashy, this Coppola film is just as effective in the way it dives into its characters’ paranoia — and the lack of grip on reality — as personal and private boundaries are threatened at every turn.

Everything Everywhere All At Once, directed by Daniel Scheinert and Daniel Kwan

The Daniels’ take on the multiverse made for one of the most talked-about movies of the year, and for good reason. Everything Everywhere All At Once tells the story of Evelyn Wang, the woman tasked with saving the multiverse from implosion, all the while trying to patch up her family’s broken bond.

What makes this movie a good fit for film lovers looking to build up on their Inception wonderment is its structure and stylistic form, more so than the story. If what you enjoyed about Inception isn’t so much its themes but more its frenetic mind boggling rhythm and constant jumps between realities, then Everything Everywhere All At Once will provide you with just as much, if not more excitement. Inception’s trippy and fun sequences are multiplied here by a thousand, but ultimately both films are, at their core, stories about love and humanity.

In Perfect Blue, a pop idol decides to change career paths and become an actress, but obsessed stalkers and the perverted nature of the entertainment industry quickly start to get the better of her.

There’s a lot of deception in Inception, when dreams mix with reality to create ambiguity and uncertainty. Well, Satoshi Kon’s incredible anime film Perfect Blue is riddled with those feelings. What the spectator first believes to be the main character Mima’s dreams soon become her reality — and to such a degree where the two can barely be told apart.

This disquieting and oftentimes disturbing movie is perfect for those who enjoy psychological thrillers and the unreliability of the human mind.

When a man is suddenly released after being trapped in a room for fifteen years with no idea why, he decides to hunt down the people who put him there, not knowing that what awaits him is darker than anything he could have possibly imagined.

Oldboy joins the action and man-on-a-mission format of Inception with its curveballs and surprises, while maintaining the subjective realism aspect of this entire list. This Park Chan-Wook breath-stealer is significantly darker than Inception, but relies on a lot of the same narrative devices and storytelling techniques. Fans of Inception will enjoy both this film’s uncertainty and its iconic fight sequences.

Eternal Sunshine of the Spotless Mind, directed by Michel Gondry

Eternal Sunshine of the Spotless Mind is Michel Gondry’s trippy, dramatic, romantic whirlwind of a film that should very much remind viewers of Inception’s dream technology. Whereas in Inception, characters jump into each other’s subconscious in order to carry out important espionage business, in Eternal Sunshine, very similar tech is used by doctors to erase memories after — in this particular case — severe heartbreak.

Another Jim Carrey movie on this list, but this time he’s joined by the incomparable Kate Winslet in her best manic pixie dream girl form. This film’s whacky premise is actually just a front for what is a very true, painful and sincere love story.

Non-linear narratives are just Christopher Nolan’s thing and we absolutely love him for it. So many other films by the revered director resemble Inception and are deserving of a place on this list. Tenet, Interstellar, and even Dunkirk to a degree, all replace the typical beginning-middle-end structure with time, space and reality jumps that keep spectators on their toes. Memento, however, has a grittier side to it that makes it stand out within the Nolan filmography.

In its essence, Memento is a thriller about a man hunting his wife’s killer, but with a twist. If you thought Inception’s narrative was hard to follow, then Memento takes it a step further by ordering its main storyline (there are two) in reverse. This is done to mimic the experience of the main character, Leonard, played by Guy Pearce, whose medical condition keeps him from forming new long-term memories. In that sense, Memento also makes the most of what cinema has to offer in order to visually represent certain subjective experiences, just like Inception does with dreams.

The reason Mulholland Dr. deserves a place on this list not because it’s incredibly similar to Inception, but rather because it is, alongside Nolan’s feature, one of the movies that best achieves the dream-within-a-dream configuration.

The same sense of confusion and disorientation that Inception provides can be felt in David Lynch’s 2001 magnum opus and because both films operate within their character’s subconscious, both share a lot of the same themes that deal with the self’s innermost desires, fears and hopes. Although it would be a crime to simplify Mulholland Dr.’s narrative, it is very basically the story of two women searching for answers after a mysterious car accident.

Mulholland Dr. is an insightful, weird, suspenseful and emotional movie that is sure to take viewers through a spectacular ride across dream and reality.

Another Satoshi Kon movie, Paprika is said to be a heavy influence for Christopher Nolan’s Inception. This japanese animation from 2006 centers on a team of psychotherapists who have developed a machine that can enter and affect their patients’ dreams. When one of those machines goes missing, they scramble to find the culprit, who has been merging people’s dreams and effectively taking their subconscious hostage.

Although the premises for each movie aren’t exactly the same, and Paprika is much more fantasy than it is sci-fi, viewers will find that a lot of details from the anime are emulated in Inception. For instance, the sensation of falling being an effective means to wake up, dreams collapsing in on each other, and even some specific visuals which are almost exactly alike.

Animation allows the late Satoshi Kon to elevate his film in ways Inception arguably isn’t able to. Still, the two movies are fascinating deep dives into the power and danger of dreams that will leave you slightly terrified of going to sleep.