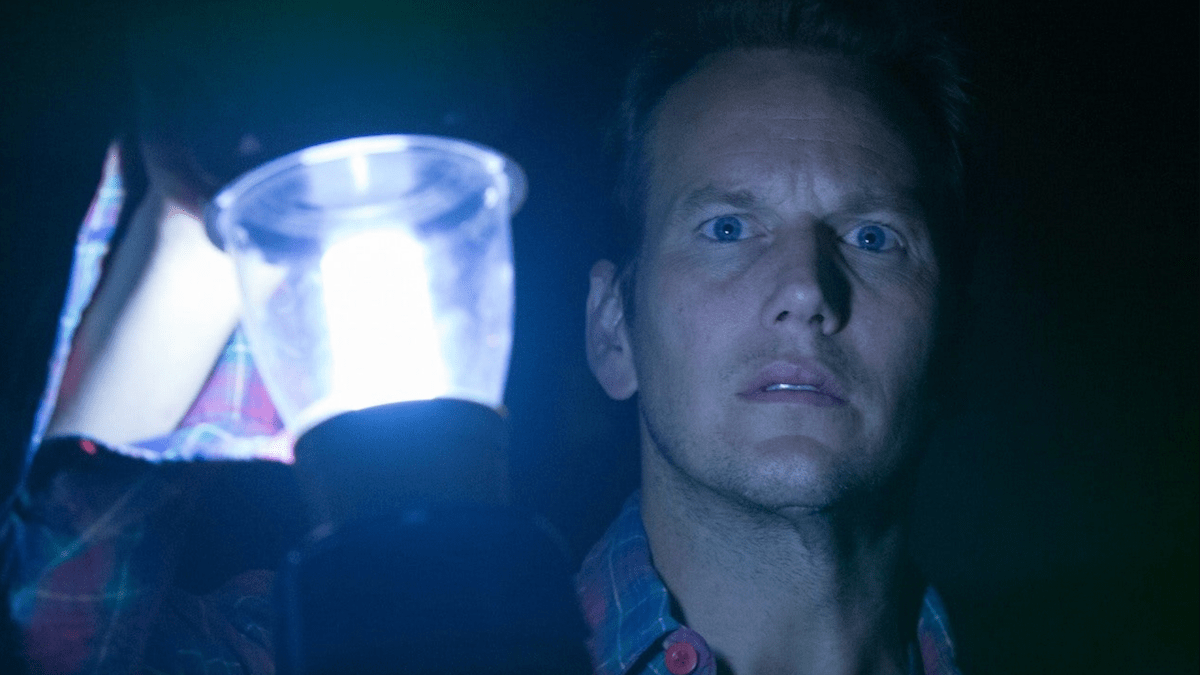 Surely by now, it’s been well documented that 2022 was a monumental year for the ever-popular horror genre. Genre classics as far as the eye can see were generated this past year, with psychological thrillers like The Black Phone and Nope captivating the entirety of the catalog while slasher sensations like Scream (2022) and X effortlessly kept audiences on their toes. And if thrill-seeking aficionados had high hopes that 2022 would deliver, then fans will be over the moon to learn that 2023 has the potential to be even better.

In hindsight, 2023’s lineup already looked delicious several months ago, but now with a variety of fresh-faced projects confirmed over the rest of this year, 2023 is easily shaping up to be a critical year for the genre as a whole. In addition, horror architects like M. Night Shyamalan and James Wan are re-emerging in the eyes of fans all around the world. With that said, let’s take a concrete look at the best horror movies releasing in 2023.

The fresh-faced collaboration between Blumhouse Productions and James Wan has proven to be the latest viral sensation that has the entire horror landscape enthralled. Centering around an android doll that walks, talks, and even behaves like a human, M3GAN is Blumhouse’s newest genre commodity. In a warped Chucky-meets-iRobot sort of blend, the M3GAN android is apparently much more sinister than initially expected, despite being incorporated as “best friend” material for a young girl. Luckily for horror fans, the movie is playing now in theaters — so be sure to grab your tickets while the film is still hot.

Knock at the Cabin

With genre classics like The Sixth Sense and The Village under his belt, notable horror auteur M. Night Shyamalan has his sights set on making a triumphant return to the spooky realm with Knock at the Cabin. The upcoming apocalyptic horror revolves around a family that inadvertently comes face-to-face with a group of folks that are confused, disgruntled, and desperate in regards to the world’s current state. And while the film’s release is still a few weeks away, it’s become apparent that Shyamalan will return to his horror roots, with the Dave Bautista-fronted project set to deliver a cauldron of twists and turns.

Winnie the Pooh: Blood and Honey

Lately, Hollywood has taken a strong liking to digging up innocent childhood characters and turning them into blood-thirsty maniacs. The trick is apparently working, too, seeing as Winnie the Pooh: Blood and Honey is currently sitting as one of the most anticipated horror movies for the upcoming year. Based on the iconic characters of Winnie the Pooh and Piglet, the duo embark on a vicious rampage of murder and destruction after Christoper Robin ups and abandons them for both college life and a relationship. And while the insufferable premise might sound a tad silly, there’s something oddly satisfying about watching Winnie the Pooh turn bad.

When you craft a horror film about a gigantic black bear ingesting a ton of cocaine, it’s hardly a surprise that Cocaine Bear has become a shining addition to this list. Based on a real-life story about an American black bear who ingested a large bag of cocaine back in the ‘80s, the film is actually a fictionalized version of the entire ordeal. In order to make the film feel more gritty and present a familiar horror vibe, the premise includes the aforementioned bear embarking on a murderous rampage in a small town in Georgia. And while the upcoming flick does instill a familiar creature-feature vibe, its extraordinary story could unfold a cinematic episode like no other.

This needs no introduction, but it’s safe to say that the sixth installment in the long-standing horror franchise is gearing up to be the best flick on this list. The upcoming whodunit-esque extravaganza will once again place our familiar friends from Woodsboro in the plot, only this time, Ghostface decides to follow them all to New York City. And if the hype around this movie wasn’t large enough on its own, then the inclusion of an eye-popping setting and various tributes to iconic horror franchises has certainly done the job. Luckily, fans don’t have to wait too long for the movie to arrive, seeing as it officially releases in early March. And who knows, perhaps we’ll see some more memorable faces again.

It’s certainly no secret that Sam Raimi struck cinematic gold back in the ‘80s with The Evil Dead — an otherworldly horror experience that utilizes demonic rituals, entities, and a whole other realm of scares. The success of Raimi’s original film eventually spawned an entire franchise, which is now heavily regarded as one of the best film series in the widespread genre. Following the knockout 2013 remake, Raimi and Bruce Campbell (who portrays Ash in the original movies), have signed on as co-executive producers to once again present another bone-chilling installment in the catalog — and the anticipation is as high as it can possibly get.

By now, it’s common knowledge that horror auteur Ari Aster is a formidable force in the genre, with a keen sense for direction and a passion for the bizarre macabre. And after sleeper hits like Hereditary and Midsommar helped to make Aster a household name, his latest horror experience, Beau Is Afraid, is set to once again showcase Aster’s immovable talents. Starring Joaquin Phoenix as the titular Beau, Aster’s newest feat explores the complexities of growing up and the troubles of family, life journeys, and acceptance. It’s a break from the norm in regards to Aster’s typical eye-watering fear tactics, but it still appears to be an unforgettable horror feature that will be analyzed for years to come.

Just a few short years ago, it appeared that the Insidious series was dead in the water. Flash forward to now, and franchise veteran Patrick Wilson is at the center of the helm for the next movie — which will return to its original roots and focus on Wilson’s Josh Lambert and his unfathomable connection to a dimension of astral projection. And just like movies of the past, Insidious: Fear the Dark will showcase Josh and his son Dalton battling an otherworldly presence in the modern day. Further information about the movie has been perfectly kept under wraps, but horror fans absolutely have an exciting experience to look forward to this upcoming summer.

Without a doubt, The Nun turned out to be a complete lackluster cinematic venture, despite having heaps of hype behind it after its central character was a major focus in The Conjuring series. Still, that’s not to say that The Nun didn’t boast its fair share of jump scares and spine-tingling sequences, but it certainly fell way below its level of initial expectations. And yet, the hype for the demonic nun character has ceased to dwindle — and with the sequel already announced and in development, it makes perfect sense to include The Nun 2 on this stellar list. Of course, we’ll have to wait and see if the sequel surpasses the original (we sure hope so), but for now, it would be a lie to say that we aren’t all completely intrigued.

Ti West’s X horror trilogy is shaping up to be one of the most profitable and popular film series of the last decade. Capitalizing on the success of slasher extravaganza X, West placed the rest of his eggs in the baskets of Pearl, a worthy sequel to the original, and MaXXXine — which is expected to serve as the third and final entry in West’s slasher venture. The much-anticipated flick is set to showcase the titular character Maxine in the aftermath of what she endured in X. Thus far, the trilogy has been a sure-fire hit with fans, and the hype alone for the final chapter is undoubtedly marching to the beat of that same drum.

The success of the long-standing Saw franchise initially began with James Wan’s incredible brainchild back in the 2000s. But perhaps none of the explosive films in the series have garnered as much anticipation and attention as Saw X — which features the return of veteran Tobin Bell as the acclaimed character Jigsaw. Complete details on the upcoming horror project have yet to be fully released, but the film was announced back in April of last year. Fans became even more fascinated by the sixth installment after it was officially announced that Bell would be reviving his role as John Kramer. It’s definitely a must-watch for this year, which is why it rightfully belongs on this list.

After a strong level of worry and panic in regards to the uncertainty of the movie’s future, it turns out that the Salem’s Lot remake is finally set to be released by Warner Bros. this year. The captivating premise provides a stark return to vampire-inducing fear, as a novelist returns to his hometown only to discover that it has been taken over by a clan of blood-thirsty vampires. The updated adaptation comes after two original adaptations based on Stephen King’s bestselling novel — although the 2023 version looks to be scarier than ever. The official confirmation of its release date has yet to be disclosed, but horror fans can enjoy the peaceful night’s sleep that they have now before its release.

Rounding out this list is arguably the most anticipated horror film of 2023 — and that’s partly thanks to the utter fascination surrounding the demonic narrative in the 1973 original. This time around, David Gordon Green, who is on the heels of crafting the successful Halloween trilogy, is slated to be the director of the spine-tingling sequel. The sequel will reportedly pay homage to the original in a variety of moments — including its intriguing premise, which will feature Ellen Burstyn reprising her iconic role as Chris MacNeil. Luckily for fans, the release date for The Exorcist sequel has been confirmed for October — just in time for spooky season.