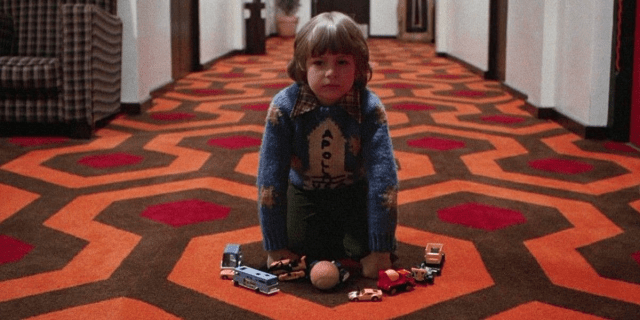 Some cinematic genres owe more to their music than others. Where would the space opera of Star Wars have been without John Willaims’ score? That soaring fusion of visuals and music ensured no science-fiction epic would ever overlook its score again. The same is true for horror, with an even longer history that’s heard the music play as much of a part in terrifying audiences as a movie’s visuals.

The score is often indelibly attached to the content, and even the first few bars of a famous horror movie’s theme conjure images from the film. Some films have hijacked music from other times and places, making them their own. Others have such distinctive and brilliant original soundtracks that transcend their films entirely.

As horror movies race into a new Golden Age and vinyl sales go from strength to strength, fans are lapping up soundtrack experiences like it’s the horror heyday of the 1960s.

Here are 13 horror movie soundtracks worth a listen on their own.

Originally called Sadomasochists from Beyond the Grave, Clive Barker’s Faustian tale made an elegant transition from novella to film. Christopher Young’s infernal score was a large part of that. The Resurrection Waltz sets up a world of ambiguous angels and demons, while the chilling ambient stretches of clanging bells and chains, strings and brass, make it one of the most rewarding horror soundtracks.

It’s hard to believe Barker’s first choice was the electronic music group, Coil. Young is one of the most accomplished horror composers, but his greatest work will always be associated with cenobites.

The Hateful Eight by Ennio Morricone

The maestro Morricone handed horror fans an easy pick in his only collaboration with Quentin Tarantino. The movie’s cabin-in-a-snow-drift horror ties are drawn out by a brilliant score that dips into Morricone’s past. It may be Tarantino’s first original score, but many motifs are familiar.

Pressed for time, the maestro recycled three unused tracks from his score for John Carpenter’s The Thing. It also provided some redemption for Regan’s Theme, which he wrote for the otherwise ridiculed Exorcist II: The Heretic.

Director Bernard Rose convinced composer Glass to score his adaptation of Clive Barker’s short story The Forbidden. It remains one of Glass’ best movie soundtracks, mixing its catchy fairytale melody with gothic melodrama and precise minimalism. Glass’ treatment was perfect, especially matched with the buzz of bees, and it remains an atmospheric standalone experience.

The vivid mash of the Giallo genre isn’t for everyone, but the mesmerizing power of Goblin’s soundtrack for the first movie in Dario Argento’s The Three Mothers trilogy is as unforgettable as the director’s artistic framing.

Italian prog rockers Goblin had first collaborated with Argento for Deep Red in 1975 and would return, but this soundtrack’s distinctive and magically creepy opening theme has proved most influential. Pitchfork named it one of the best songs released between 1977 and 1979, and it’s been reused in several Hong Kong movies and repeatedly sampled in hip-hop tracks.

Thom Yorke’s piano and electronica score for the 2018 remake is also well worth a listen, but Goblin and Argento’s collaboration is legendary.

This is one of horror’s greatest musical misdirections. An early pioneer of the found footage genre, Cannibal Holocaust is a divisive, controversial movie that lands near the bottom of many horror fans’ lists. However, it boasts an incredible and diverse soundtrack. The opening theme, Ti Guarderò Nel Cuore—more recognizable with added lyrics as the 1960s pop hit, More—will have you humming.

The rest of Ortolani’s score varies from melody to melancholy and orchestral pieces to electronic. An extraordinary listen, especially when you remember the source.

Bates returned from previous entry X, which made great use of songs of the 1960s and ’70s, this time collaborating with Williams. The pair’s determination not to pastiche classic scores led to a mesmerizing soundtrack that backed the first chronological meeting with one of horror’s most exciting new slashers.

The Omen by Jerry Goldsmith

Goldsmith left us with an incredible array of movie scores across many genres. The music for 1976’s The Omen proved to be one of his most influential and earned the composer his only Academy Award.

The soundtrack is famous for its heavy choral parts and chilling Latin chants (even if the translation is a little ropey). Pivoting around the pleasant family life of the Thorns and their son, Damien, as they encounter slow-dawning evil, it’s a great example of a score that casts a new light on its devilish movie in isolation.

The Wicker Man by Paul Giovanni and Magnet

Music plays a massive part in the success of this folk horror classic, with much of the soundtrack made from songs sung by the cast. Most notable is the much-covered Willow’s Song, another mesmeric and haunting melody that backs Christian police officer Sergeant Howie’s fight against temptation.

In the film, Willow actress Britt Eckland was dubbed and body-doubled during the sequence, but along with other songs that draw on folk tradition and revivals from the first half of the 20th century, it’s a haunting experience.

The Fog by John Carpenter

John Carpenter’s well known for writing the scores to his movies, a standout being the soundtrack to his seminal 1978 slasher, Halloween, which he’s reworked many times, including the reboot trilogy that began in 2018. The Fog stands as one of his best experiences when separated from the movie, with its dramatic and intoxicating organ-synth fusion. No wonder the influential horror director and composer considers it one of his best.

It Follows by Rich Vreeland

Better known as Disasterpeace, Vreeland was known for his work on video games when he scored It Follows. It’s a moody electronic score that matches the movie’s killer concept, as the comfortable and the fun turns threatening. It’s packed with unexpected motifs and extra-diegetic noises.

The result clearly owes a debt to Carpenter, and like many of his scores, it works well in the context of the film and standalone.

Hermann’s collaboration with director Alfred Hitchcock is legendary. Despite the 1960 psychological horror’s low budget, the director insisted the composer come on board. Herrmann used the straitened means to his advantage, reducing his typical orchestration to strings and, fortunately, rejecting Hitchcock’s obtuse request for jazz. The result includes some of the most significant motifs in cinema (hello, shower scene). Hitchcock would later say, “33 percent of the effect of Psycho was due to the music.”

The buildup works exceptionally well, with tracks like The Rainstorm building an intense sense of danger and doom before Janet Leigh checks into the Bates Motel.

Werner Herzog’s remake of the vampiric classic equaled and, in some ways, surpassed the 1922 original. The director re-teamed with actor Klaus Kinski and the German musical collective after 1972’s Aguirre, the Wrath of God.

Popol Vuh’s soundtrack was a particular highlight, released by the group before the movie’s premiere. The collective’s distinctive music paired with folk and classical music, including Richard Wagner’s prelude to Das Rheingold and the traditional Georgian folk song Tsintskaro.

The Shining by Wendy Carlos

Part of the appeal of Stanley Kubrick’s The Shining is its contrariness. Famously criticized by Stephen King, it broke the book’s plot and many horror conventions to become one of the best-regarded horrors of all time.

The director’s approach was similar to 2001: A Space Odyssey, meaning many musical elements were rejected or left on the floor. The use of non-original pieces crept up, including turning the foxtrot Midnight, the Stars, and You into a terrifying film closer. As befits a cold movie, music created for it is forced to work independently. The ominous title remains, but much of Carlos’s score was rejected but can be heard on her 2005 album, Rediscovering Lost Scores.