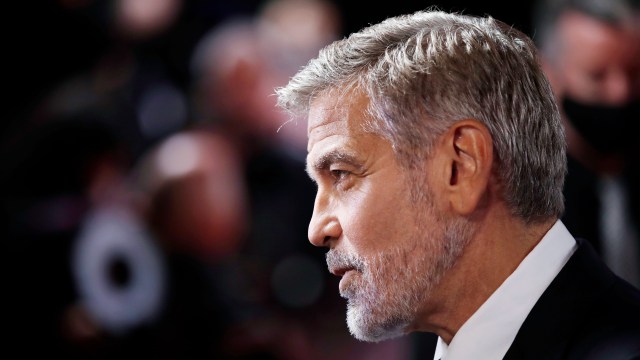 In 1994, George Clooney went from bit actor to the devilishly handsome doctor on ER. Within a few years, he’d get his first serious movie roles that made people see him as a star. These included a cringey stint as Batman before Out of Sight, Three Kings, and O Brother, Where Art Thou? showed off his range.

Since then, we’ve gotten takes at comedy, drama, ensembles and nearly stand-alones, while he’s largely left TV in the dust. He hasn’t yet gotten that leading man Oscar nor the coveted Best Picture statue for a film that he acted in, but that hasn’t stopped people from recognizing his immense talents while he even has brought home a few trophies.

Clooney nabbed the Best Supporting Actor Oscar for Syriana and got another statue as Argo won Best Picture, but in the latter, he was only a producer and wasn’t actually in the film.

Even as he takes up space in our culture, it’s a surprise to see that Clooney actually hasn’t put out a ton of movies, averaging about a film per year up until 2016, then not appearing on screen again until 2020.

Looking back, it’s kind of a bit startling to notice Clooney hasn’t been great in a great movie since…2013’s Gravity? Even when he’s been good in a role, the film itself hasn’t risen to prominence. Take The Midnight Sky, the 2020 Netflix film he both directed and produced along with starring in (at times almost by himself)—his performance encapsulated the character and the disarray going on around him, but overall, the movie itself falls flat and most likely nobody out there is re-watching it.

Still, there’s truly nobody else like him out there, so let’s look at the very best of the heartstopping heartthrob (it’s a good thing he once was a doctor).

Just joking, but c’mon, what range he shows in hocking his own coffee brand.

It’s a Terrance Malick film, so you know you’re getting the goods from the get go. As for Clooney, though, his part isn’t big enough to have it pop up any higher on this list. He had a relatively small role among a sea of all-stars here, but it’s stellar nonetheless. To pull off this scope of ensemble, along with the subject matter, is quite impressive all the way around.

Covered above, it was a good movie to watch on a cold day in December while considering what to watch on Netflix. Clooney does good in the scenes when he’s playing a distraught man left all alone, but there is some space in that sky for this movie to just have a bit better polish.

It’s not a film people bring up when talking about iconic roles or performances, but it’s riveting and worth the ride the first time you see it. With the cast and hype around this movie, it’s no wonder it did pretty well at the theaters.

For those that only knew Clooney from ER, this is truly the time when we all stopped for a moment to say, “Whoa! Who knew?” Sure, it’s a classic case of an actor taking on a role totally different from what they’re known for in order to establish that they have wider range and depth than you think, and the movie is pretty cool as well. I mean, it is a Quentin Tarantino-slash-Robert Rodriguez flick after all, with Tarantino writing and starring while Rodriguez directed the whole bonkers thing.

Tattooed and menacing, Clooney does show he can do more than what he brought to ER, even as things get a bit beyond ridiculous when the vampire thing comes to the forefront.

This might have been the movie that let Clooney know he couldn’t carry on a big role in TV and film at the same time. Some can, but for others, it’s a tough act. The filming famously featured fights between Clooney and director David O. Russell with stories also stating that Clooney was exhausted a lot of the time because of the dual work in filming ER, too. It’s a nifty movie with three great performances, with Mark Wahlberg and Ice Cube, not to mention Spike Jonze doing a bit of scene stealing, too.

It’s sleek, stylish, and a classic Jason Reitman film, but the crew around Clooney bring just as much to the table as he does here, even stealing some scenes away. The movie as a whole though stands up, and is really worth a re-watch actually.

It’s a bit hard to separate these out. The original (original remake, that is) was a blast, and it’s a great time of a movie for sure, but there’s not a ton of depth to go for in this heist fest. The follow-ups are fine. Now that they all exist, it feels like you really can’t peel one off the other, a bit like the Back to the Future trilogy.

There aren’t many leading men out there though that could have added what Clooney brought to the role of Danny Ocean. He knew when to lead and when to let others shine in this powerhouse ensemble that seems like maybe it’s just gonna keep going in one fashion or another.

What if the Sandra Bullock spinoff gets a trilogy and we have Ocean’s 8 through 13, do we go back to an original film starring Clooney and Sandy simply called Oceans, all about their upbringing or something? Or maybe a reunion of them saving some sort of day? We’re into it.

To be clear, Ocean’s Eleven is the top movie of the three, and the sequels maybe go further down on the list, but we’re ok lumping them together in a safe here.

At one time, we could have said this was Clooney’s best, even though he doesn’t have the biggest part (that goes to Sam Rockwell). It’s his directorial debut, and it’s done deftly. We even think that if this were, say, his third or fourth directorial performance, it could have been an all-timer.

This might be Clooney’s best movie, but his role isn’t big enough in it to launch it to the top of today’s list. This might have been as good as he could be while doing it all, with the nominations for Best Picture and Best Director going to show that even if it fell short of wins.

Clooney does his part here, but the show still belongs to Sandy, no doubting that. With a little more to do here, it could have been an even greater role, but the emotional effect his character plays is echoed in the nuance of voice and facial expressions.

Teaming up with his old ER buddy, Noah Wyle, the movie has some superb suspense and acting in it, even if it doesn’t quite hit the highs its aiming to reach. I have to admit, I forgot about this movie, but now it’s in the re-watch pile.

I am a man of constant sorrow thinking about all the roles we haven’t seen Clooney in since this film. Okay, not really, but there is a a bit of wonder around how diverse he went early in his career, and hoping that there is some comedic-dramatic role to come that will top all of this list.

This was a performance for the ages for sure. If he were the leading role in the movie, there’s a strong chance he would’ve gotten that Oscar, but the supporting role win still shines a light on just how deep into a character Clooney can go.

Still the standard for Clooney, this movie gave him the most room to show off his incredible range. For some reason since then, we don’t get a fully fleshed out Clooney anymore. Sometimes, we do, but more and more, his characters don’t stray too far from the archetype. There’s always a little something missing—either a little more snark, or charm, or comedy, or drama, there’s always one little piece left out either due to the script, the story, the film itself, or maybe even from the man himself. Also, why haven’t we gotten a Jennifer Lopez-Clooney reunion after their sizzling on-screen chemistry here?

Clooney has eight directorial credits and counting, as he’s currently directing and producing The Boys in the Boat, a 1930s era biopic based on a movie that he does not appear in. On top of that, Clooney has 13 producer credits and another 12 executive producer credits, so the man stays involved and stays busy.

We’ll see where his upcoming film, Ticket to Paradise, opposite Julia Roberts again, ends up on the list once it’s released. We’re not holding out hope for it to be a masterpiece after the two teamed up in the forgettable Money Monster in 2016. They were both great together in Ocean’s Eleven and Confessions of a Dangerous Mind, however.

Oh, but then you watch this trailer, and, well…seriously though, when do we get The Nespresso Man?