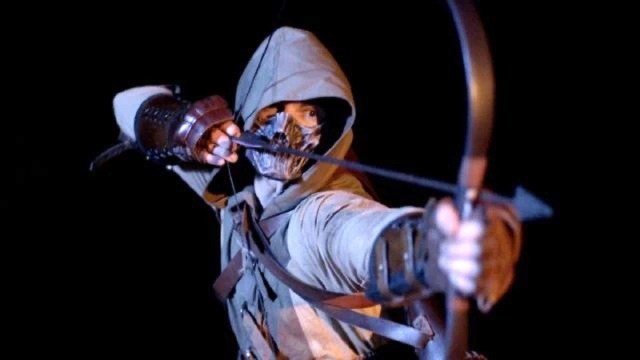 Thanks to its status as a public domain property, anybody is capable of bringing Sherwood Forest’s favorite outlaw to either the big or small screens. Based on the iconic hero’s fate over the last decade, though, quite why anybody thought The Siege of Robin Hood was a good idea is anybody’s guess.

Ridley Scott and Russell Crowe re-teamed up for a gritty origin story that was designed with sequels in mind prior to its release in 2010, only for tepid reviews and underwhelming box office to put an end to that notion. Eight years later, and we got an even grittier origin story starring Taron Egerton in the title role, which lost a fortune after tanking spectacularly in theaters while being simultaneously savaged by critics.

And yet, co-writer, director, and star Paul Allica’s bargain basement historical action thriller still tried to steal a slice of the pie, only to find itself faring the worst by far. A Rotten Tomatoes user rating of 57 percent isn’t all that bad in honesty, but a wretched 2.7/10 audience average on IMDb tells an entirely different and arguably much more accurate story based on the overall consensus.

As always, the narrative beats remain the same – with Allica’s Robin waging war on the Sheriff of Nottingham after his family is brutally attacked, with the expert archer banding together with some kindred spirits to wage war against an oppressive regime. Whether you’ve got any interest in revisiting the lore remains up for debate, but we can at least infer that iTunes subscribers are willing to give it a whirl, after FlixPatrol revealed The Siege of Robin Hood to be one of the platform’s most-watched titles.

We’ve probably had enough Robin Hood for a while, so it’s best to leave the IP alone for a little bit.