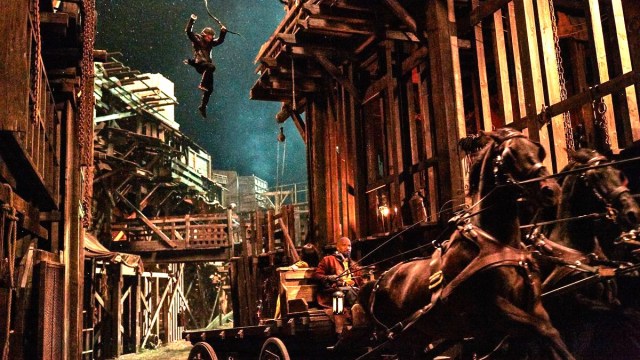 The single most pertinent question that came attached to 2018’s Robin Hood was a big one; who exactly was the movie supposed to have been made for?

Every project should theoretically exist with a target audience in mind, but you’d have to trawl the deepest corners of the internet in the buildup to the historical action epic’s release to find anyone who was remotely excited. It had only been eight years since Ridley Scott’s version under-performed at the box office, but here we were with a dark and gritty $100 million origin story.

Nobody asked for the blockbuster historical actioner to exist, nobody cared that it did, nobody bothered to go and see it based on the fact it earned only $86 million at the box office, and it became abundantly clear that nobody liked it after Otto Bathurst’s feature-length directorial debut netted a 15 percent Rotten Tomatoes score, a 40 percent user rating, and Razzie nominations for Worst Picture and Worst Prequel, Remake, Ripoff, or Sequel.

Looking back, it’s hilarious to think that Robin Hood ended on a sequel-baiting tease, because anyone in their right mind could smell disaster from a mile away, which is the only way in which it managed to deliver. That being said, even the worst big budget films of the decade are always lurking in the shadows of streaming ready to strike again, and that time is now for Taron Egerton’s title hero.

Per FlixPatrol, Robin Hood has taken aim at the most-watched charts on Starz, proving once again that there is in fact an ass for every seat.