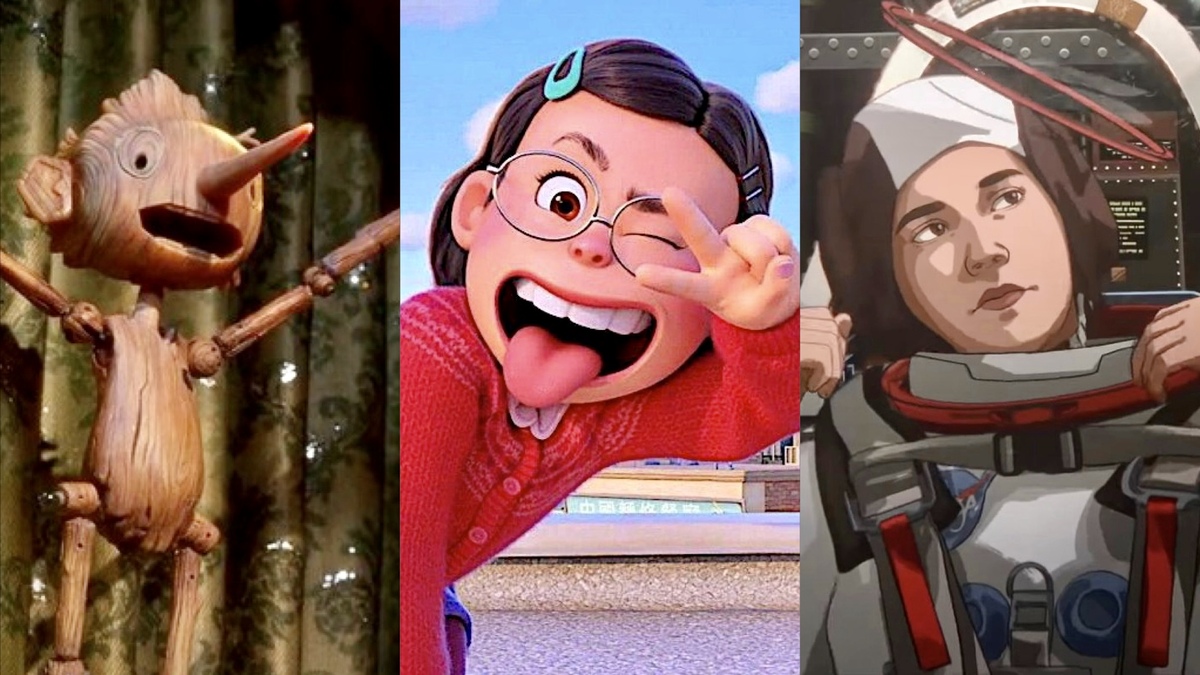 Images via Netflix/ Disney Plus

Year after year, wonderful animated films have been released, catering to the young and old, and covering a wide range of stories across subgenres. From the ever-so-expected Disney, Pixar, and Dreamworks releases, to the slew of streaming platforms like Netflix delivering on the animation front, there are way too many amazing films with old, new, and completely unique animation styles to watch.

So, in no particular order, here are the ten best animated releases of 2022!

The Sea Beast is an animated movie directed by Chris Williams, produced by Jed Schlanger, and distributed by streaming titan, Netflix. With notable actors Karl Urban, Zaris-Angel Hator, Jared Harris, and Marianne Jean-Baptiste lending their voices, the film tells the story of a young girl named Maisie, who hides away on the ship of a legendary sea monster hunter named Jacob. When found, the pair are stuck together and Maisie begins to turn Jacob’s life upside down, helping to change his mindset for the better. An emotional story with expertly included humor, The Sea Beast explores the fatal human fear of monsters and sheds light on how animals, much like humans, are often misunderstood.

My Father’s Dragon is a fantasy adventure movie directed by Nora Twomey, co-written by Meg LeFauve and John Morgan, and distributed by Netflix. The story is narrated by an unseen older woman who tells the tale of her father, Elmer, when he was a child. Elmer’s mother ran a candy shop in a small town with him, but eventually, they were compelled to shut it down and shift to a faraway city as many of the customers in the town had moved away.

This big step resulted in them losing all the money they had saved, and in an effort to help fix the situation, Elmer decides to embark on an adventure-filled journey to find an island where he could potentially rescue a young dragon.

Wendell & Wild is a horror-comedy movie directed by Henry Selick, co-produced by Selick and Jordan Peele, and distributed by Netflix. In this film, two devious demon brothers are forced to confront their arch-enemy. However, in order to achieve this, they will require the assistance of a nun named Sister Helly, who is famously known for carrying out demon exorcisms. The brothers are therefore forced to endure torment, not just by Sister Helly, but from her altar boys.

Marcel the Shell With Shoes On

Marcel the Shell with Shoes On is an animated mockumentary comedy-drama movie directed by Dean Fleischer Camp. The mockumentary from A24 describes how, after his divorce, a documentary filmmaker named Dean moves into an Airbnb and discovers Marcel, a one-inch-tall shell that has the ability to talk and is terribly missing his family. Dean then proceeds to post a short film about Marcel online. But while it gains the shell a vast amount of passionate fans, Dean’s real aim is to reunite him with his long-lost family,

Entergalactic is the adult animated special released alongside the eighth studio album by artist Kid Cudi. The adult animated special was released by Netflix and tells the story of Jabari, an ambitious artist who attains success and tries to balance it with his love life after moving into his dream Manhattan apartment. It incorporates Kid Cudi’s music with a burst of colors and a hallucinatory vibe and has been universally acclaimed by both fans and critics.

Apollo 10 1/2: A Space Age Childhood is set during the events leading up to the Apollo 11 Moon landing and is loosely based on the childhood of Richard Linklater, the writer, director, and producer of the movie. It’s a fictional tale of a man narrating stories of his life as a ten-year-old fourth-grader in 1969 Houston, as well as an interesting account of his journey to the moon as he is the first to land on it.

Beavis and Butt-Head Do the Universe

Marking the return of the fan-favorite duo, Beavis and Butt-Head Do the Universe is an animated science fiction comedy movie directed by John Rice and Albert Calleros, written by Mike Judge and Lew Morton, and distributed by Paramount Plus. The film follows the lives of the titular teenagers, who are transported 24 years in the future during a launch on a NASA space mission in 1998. They come across the parallel-universe versions of themselves and while trying to navigate life in 2022, they are being tracked and pursued by the US Government.

Turning Red is a fantasy and comedy directed by Domee Shi, and produced by Pixar Animation Studios. Acclaimed as one of the best animated films of the new decade, Turning Red follows the life of Mei Lee, a 13-year-old student who is stressed as a result of the changes of adolescence warring with her desire to remain her mother’s devoted little girl. Leaning heavily on metaphorically depicting the pains of growing up, the film sees that whenever Mei experiences any strong emotion, she transforms into a giant red panda.

Guillermo del Toro’s Pinocchio is a stop-motion animated film distributed by Netflix and directed by Guillermo del Toro and Mark Gustafson. The movie is set in Italy and narrates the story of the titular wooden puppet who is magically brought to life because of his father Geppetto’s wish. While it gives Geppetto a chance to take care of his child, Pinnochio struggles to live up to his father’s expectations, and when Italy becomes entangled in fascism, Geppetto must find a way to get them somewhere better.

The House is a British animated anthology film written by Enda Walsh and distributed by Netflix. It tells three stories of different individuals and families that have lived in the same house at different times. Each story explores separate themes like wealth, the anxieties that come with a new home, and the real joys of life.