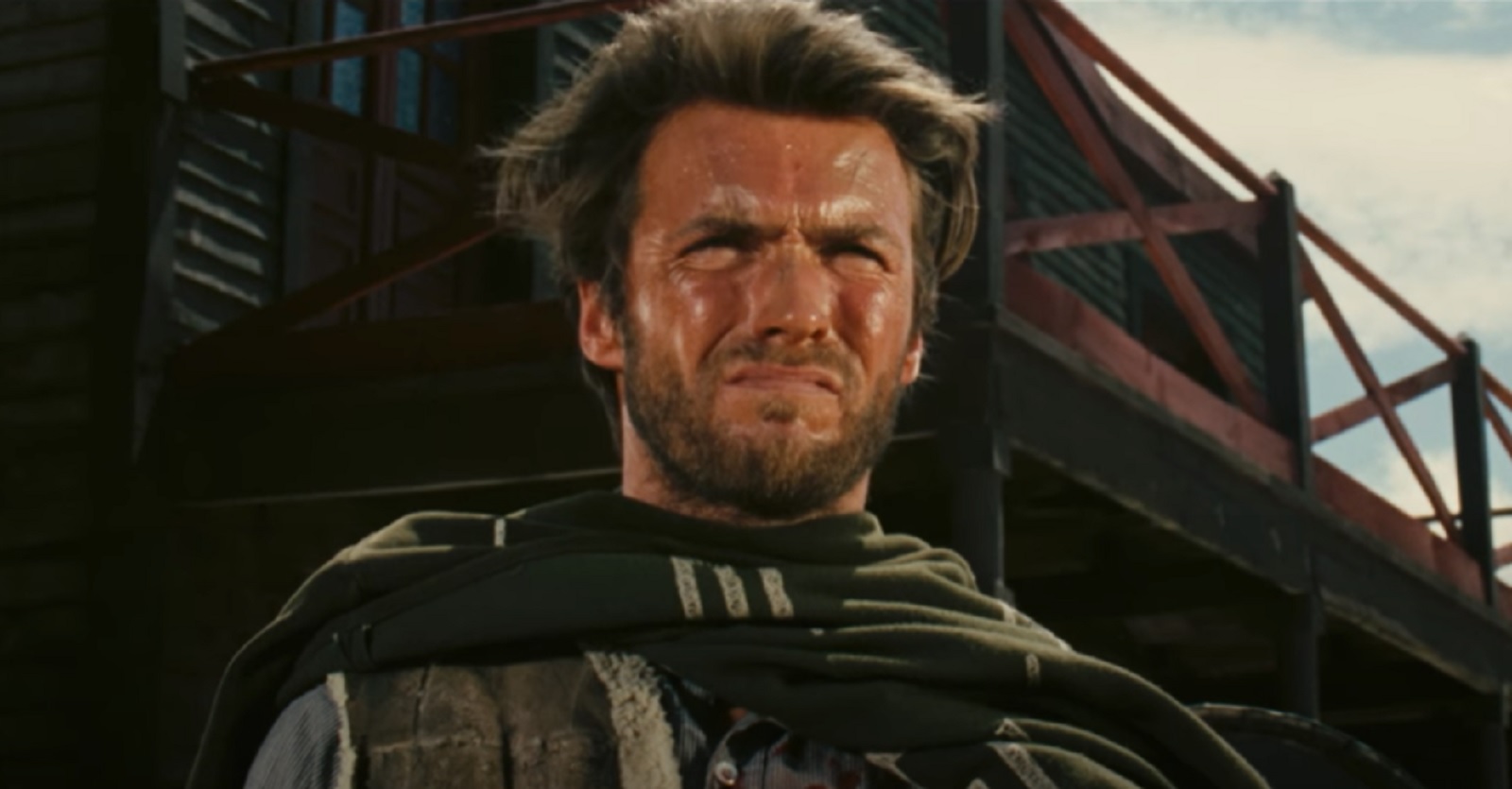 A motion picture career as spanning as long as Clint Eastwood’s is surely jam-packed with countless movies that are among the best ever or well-known, to say the least. He’s starred in, produced, or directed many films that are considered to have a lasting effect on modern cinema. And a few times during his legendary career, he worked both in front of and behind the camera during the same production.

Plus, as a figure in Hollywood, his rugged cowl and gritty voice to match gave audiences a sense that anyone who stood opposite him wouldn’t feel so lucky.

Listed below, in no particular order are 10 of Clint Eastwood’s best movies of all time.

A Fistful of Dollars

The inclusion of this classic 1964 Spaghetti Western is a no-brainer. It was the first of legendary Italian film director Sergio Leone’s “Dollars Trilogy“, or the “Man with No Name Trilogy” of films. Eastwood played a mostly silent “protagonist,” that pitted two dangerous rival families against each other for his own financial gain.

Technically, Eastwood’s gunslinging, sharpshooting antihero was called “Joe,” in the film but United Artists, the distribution company that released the films, thought that it was more marketable to dub him the “Man with No Name.” It was originally released in Italy in 1964 and then in America in 1967. Despite a slow acceptance of the then “against-the-grain” style of the film, the success would eventually come to fruition and shoot — pun intended — Eastwood into movie stardom.

Certainly, a gritty action film about a “gunslinger” of a different kind, Eastwood starred as homicide inspector “Dirty” Harry Callahan in the first of five films featuring the Magnum-carrying San Francisco cop. This pick from 1971 featured Callahan on the trail of a killer that was somewhat based on the real Zodiac Killer in the same city.

The “dirty” moniker came from his blunt demeanor and methodology that wasn’t quite in any detective’s manual. But the character, or at least Eastwood himself is known for – and is often impersonated with, thanks to the opening lines of the movie where Callahan calmly advises a would-be bank robber by saying, “You’ve got to ask yourself a question: ‘Do I feel lucky?’. Well, do ya, punk?”

Going back to a genre that Eastwood’s known for, this western drama from 1992 is often considered the most successful film in his career. Eastwood portrayed William Munny, a former outlaw who lives as a farmer and is lured back out of retirement for one last job. Legendary actors Gene Hackman and Morgan Freeman also starred alongside Eastwood.

Behind the camera, Eastwood was both a co-producer and the film’s director, an effort that would make the finished product one that would stand the test of time. The film would win Best Picture and Best Director Oscars for Clint Eastwood, a Best Film Editing Oscar, and also a Best Supporting Actor Oscar for Gene Hackman. It would also be selected for preservation in the United States National Film Registry by the Library of Congress in 2004.

For a Few Dollars More

As the follow-up to A Fistful of Dollars, this 1965 sequel is fittingly titled, For a Few Dollars More. Eastwood returned as the “Man with No Name,” but was yet again listed in the final credits with at least a nickname, “Manco.” His largely silent gunslinger was acting as a bounty hunter in this plot, reluctantly working in coordination with another bounty hunter who’s after the same man.

Actually received better in Europe than the first film in Leone’s trilogy, Eastwood gives another great performance. It’s given twice as much praise by critics this time around thanks to the added effort of the late Lee Van Cleef, who played alongside Eastwood as the second bounty hunter and co-protagonist.

This 1983 sequel featuring Harry Callahan had Eastwood on both sides of the camera as the only movie in the “Dirty Harry” franchise that he himself directed and produced. The plot focused on a very vengeful victim who tries to distribute some payback on a group of men who once committed a heinous act against her years prior to the events of the film. Callahan is called in to investigate and provide his usual brand of “justice.”

Despite it coming with the biggest gap between films in the series, it was still a successful movie as it became the highest-grossing entry of the five total films. And of course, another catchphrase is given to the masses when Harry dares a hostage-taking robber to “Go ahead, make my day.”

The Bridges of Madison County

Yes, this affair of the heart has been “snuck” into this list. Avid movie-goers ought to know that sure, Eastwood can fire a gun anytime, but he can also fire up a little romance if the story allows it. This dramatic romance from 1995 is based on the 1992 novel by Robert James Waller. It features him alongside the legendary Meryl Streep as a photographer who visits Madison County and has a passionate affair with a housewife during his stay.

Eastwood also directed and produced the film which earned mostly positive reviews and was easily considered a box office success and also got Streep Academy Award and Golden Globe nominations for Best Actress that year, along with the film itself getting a Golden Globe Best Picture nod.

This is yet another film that earned Eastwood even more serious acclaim. This 2004 sports drama featured Eastwood as an old boxing trainer who takes the corner of an unlikely but aspiring female boxer played by Hilary Swank. Morgan Freeman once again appeared alongside Eastwood, just as they did previously in Unforgiven.

Eastwood had a number of roles with this project, most of them actually being behind the camera as the director, co-producer, and music composer, apart from a modest supporting acting role. When it was all said and done, the film won four Oscars, Best Picture, another Best Director award for Eastwood, Swank’s Best Actress in a Leading Role Oscar, and the Best Actor in a Supporting Role Oscar for Freeman.

Once again, “Dirty Harry” is back on this list in the third movie featuring San Francisco’s finest antihero. This one stands up in part because of how it featured a female inspector – at a time when women were unfortunately not given the same opportunities as their male counterparts, not only working alongside Callahan but earning the respect she rightfully deserves.

Tyne Daly starred as Harry’s partner Kate Moore, who works with him to bring down a terrorist group of men and women, causing problems in San Francisco. Critics weren’t kind to the overall productionm but gave Daly kudos for easily holding her own in an environment dominated by men.

The Good, the Bad and the Ugly

This film from 1966 rounded out Italian director Sergio Leone’s Spaghetti Western trilogy that featured Eastwood as the “Man with No Name.” Again, Eastwood was credited with another nickname, this time as “Blondie,” or perhaps even the titular “Good.” He was acting once again against Lee Van Cleef as “Angel Eyes,” or “The Bad,” and Eli Wallach as Tuco, or in his case, “The Ugly.”

These three men find themselves pitted against each other with their lives hanging – sometimes literally, in the balance with a huge cache of gold up for grabs, if it happens to be found, of course. The film is widely considered to be one of the greatest Spaghetti Westerns ever made, even featuring the film’s iconic “Mexican standoff” in the final act.