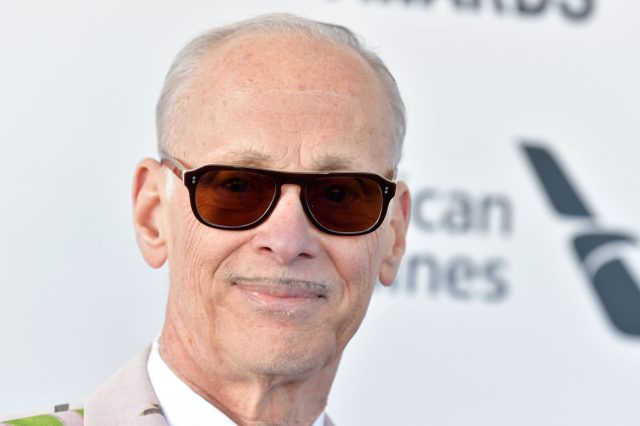 John Waters is a man of many talents and has never been shy about pushing buttons with his eclectic cult classics. The filmmaker, director, actor and artist is one of the most revered talents in cinema, providing roles for many marginalized actors of various sexual orientations.

Bearing the title, “The Pope of Trash,” Waters has been making movies that shock, excite, and enthrall audiences for several decades since the 1960s. His projects are known for their campy, loud, and humorous visuals and styles, as well as subtle political messages and stances.

With the beloved star set to make a return to directing with Liarmouth, it is only fair that we revisit his colorful body of work. From iconic musicals with ageless political messaging to unapologetically queer romps, here are John Waters’ best movies, ranked.

Water’s most recent movie, released in 2004, is by no means a bad movie, but for a filmmaker with works as beloved as his, something has to kick off the list. A Dirty Shame is set in a small town divided into two camps: the prudish neuters and the sex-obsessed perverts. Neuter Sylvia Stickles is transformed into a pervert after a head injury and meets a man named Ray Ray who has been searching for the best orgasm of his life. The two embark on a sexual revolution that turns their entire town to the pervert side. Starring Tracey Ullman, Johnny Knoxville, and Selma Blair, A Dirty Shame is a staple Waters film.

Cry-Baby was created in the wake of the John Hughes era of film from the 1980s as an antithesis to the genre. The musical stars Johnny Depp as a teenage delinquent “drape” who falls for a girl named Allison from the “square” group. The two factions are opposed to each other, so the relationship is frowned upon from the start. Cry-Baby portrays the importance of male sensitivity and anti-establishment sensibilities while retaining Water’s campy style.

Widely regarded as an autobiographical story from Waters, Pecker follows a young boy with a unique talent for photography. When his skill gets scouted and recognized, he finds himself overwhelmed with a level of fame and public scrutiny that he has never had to deal with before. His sudden rise leads to him feeling alienated from his family and hometown. The movie is quite heartfelt and emotional, but it still has the satirical elements that Waters is known for.

Starring Stephen Dorff and Melanie Griffith, Cecil B. Demented shows off the dark, comedic side of Water’s illustrious imagination. The titular character is an unhinged film director with a cult following. In a stance against commercial cinema, he kidnaps a popular actress and forces her to star in his indie movie, incentivizing his followers to take over the streets of Baltimore so he can shoot his film. The movie simultaneously critiques the industry it depicts while not taking itself too seriously, making for a fun and thrilling watch.

Desperate Living is the third and final installment in Water’s “Trash Trilogy” of films, and the only one that does not feature his staple leading lady and muse, Divine. The film follows a crazy housewife, Peggy, and her nurse, Grizelda, who are banished to trash-filled shantytown Mortville after killing Peggy’s husband. Mortville is ruled by the evil Queen Carlotta who infects her people with rabies. Desperate Living is filled with so many hilarious moments, with a plot that constantly has fun with itself and never does what the viewer expects.

Multiple Maniacs was Water’s sophomore feature film. It stars members of the Dreamland acting troupe as traveling sideshow performers who use their act as a front to rob, kidnap and even kill people. The movie was independently made, written, directed, produced, and shot by Waters and it cemented his style as an alternative filmmaker, featuring religious imagery, queer themes, and surreal visuals.

Noted as Waters’ favorite film of his career, Serial Mom is a crime comedy movie in his usual style of satire and campiness. It follows Beverly Sutphin, played by Kathleen Turner, as a picturesque housewife who murders people, whether friends or foes, for the slightest perceived grievances against her and her family. The hilarious movie depicts the increasingly bizarre reasons why Beverly murders the people in her idyllic small town until she is eventually caught and put on trial. The film has been praised for its picture-perfect suburban depiction of the town contrasted with Beverly’s psychotic acts. Serial Mom is one of Waters’ most beloved films in his filmography and has gained a large cult following over the years.

The second entry in the Trash Trilogy is Female Trouble, starring Divine as Dawn Davenport, a spoiled high schooler. When her parents refuse to buy her a pair of cha-cha heels for Christmas, she runs away from home, gets pregnant, and joins a criminal scheme aimed at proving that “crime and beauty are the same.” The movie has been praised for its anti-consumerist themes as well as its criticism of celebrity culture and criminality.

Pink Flamingos is one of Water’s most famous works to date and is a great exemplification of everything Water’s movies stand for. The film follows two groups, Babs Johnson and her family, and criminal couple the Marbles, as they compete to be the “filthiest people alive.” The movie is filled with bizarre, vile, profane, and wild scenes as the competition wages on. It is Water’s first installment in his Trash Trilogy, and the iconic Drag Queen Divine stars as the protagonist, Babs. Like most of Waters’ other projects, Pink Flamingos has a dedicated cult following to date.

Polyester is notable among Waters’ works because of the scratch-and-sniff card that was handed out at its release, allowing audiences to have a sensory experience alongside the film’s visuals. The fabulous Divine once again stars, this time as Francine Fishpaw, the wife of an adult movie theatre owner whose life begins to fall apart when she catches her husband cheating. Her children and mother also have their peculiarities that frustrate her, and this leads to a convoluted series of events. The movie satirizes the “women’s pictures” of the ’60s as well as the suburban ideal fantasy.

While the younger generation might be more familiar with the ensemble-led 2007 remake, the original classic was written and directed by Waters. Probably one of his works with the most mainstream success, Hairspray follows Tracy Turnblad, an overweight girl who passes an audition for a popular dance show. When Tracy starts gaining local fame for her position on the show, she finds that there are some discriminatory policies against black people onset and pushes for more diversity, causing conflict in her small town. Water’s Hairspray remains poignant to date and is a fantastic watch with a great message.