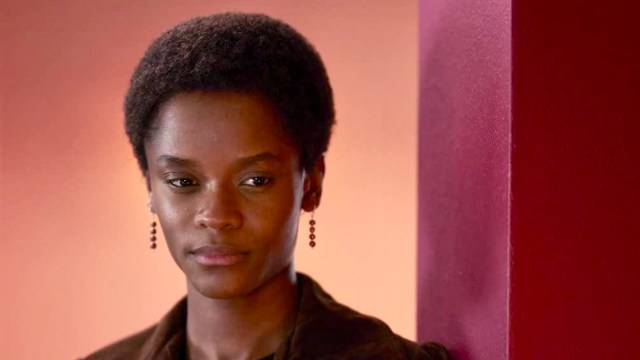 Letitia Wright burst onto the scene in Hollywood as Shuri in Marvel’s Black Panther. However, long before building gadgets and saving Wakanda, Wright made a name for herself in her home of Britain, starring in many emotional dramas and comedies, and becoming one of the rising talents in the 2010s.

Taking center stage in Black Panther: Wakanda Forever, Wright becomes the first Black woman to lead an MCU movie, and her great range is on full display. For a chance to see what else the actress is capable of pulling off, as shown in her previous and recent projects, here are 10 of her best movies and television shows ranked, featuring her breakthrough film Urban Hymn, and her Emmy-nominated performance in Black Mirror.

Banana is a sister series to Cucumber, and is widely popular and beloved by many fans, gaining a cult following over the years. The series was nominated for the GLAAD Media Award for Outstanding TV Movie or Limited Series, and while Cucumber follows one man, Henry, Banana is an anthology series that explores the lives of several LGBTQ+ characters living in Manchester, and their struggles and triumphs. Wright plays a lesbian named Scotty who is introverted and unlucky in love due to her obsessive nature. She was praised for her performance in the role.

Wright starred in the second season of the sci-fi thriller show, Humans, as Renie, a human pretending to be a synth. The show is set in an alternate future earth where rich families can purchase artificially intelligent anthropomorphic robots called Synths. The Synths are usually used as home servants or status symbols, but when a family purchases a damaged synth, they realize that there is more to the machines than meets the eye.

8. My Brother the Devil

My Brother the Devil tells a dramatic story of family ties and choosing your own path. The film follows two Egyptian immigrant brothers living in London named Rashid and Mo who engage in shady businesses as drug runners to make some money on the side. When Rashid decides that he no longer wants to live a life of crime, it causes strife between him and his brother, as the latter is not ready to abandon their life. In her second film appearance in her career, Wright played Mo’s girlfriend Aisha, and My Brother the Devil scored rave reviews and numerous awards.

Top Boy is one of the most popular British shows in the last couple of years, and one of the most prolific ones that Wright has starred in. The series ran on Channel 4 but was eventually canceled and picked up by Netflix. Top Boy is a crime drama series that focuses on the lives of two drug dealers living in a home called the Summerhouse Estate. Wright starred in a recurring capacity as Chantelle in the show’s first season, a drug dealer who also lives on the estate.

6. Death on the Nile

Death on the Nile is a mystery movie based on the popular novel by Agatha Christie and is a sequel to the 2017 film, Murder on the Orient Express. The film follows detective Hercule Poirot on a cruise on the Nile when a rich heiress is found murdered shortly after her wedding. He tries to find the killer among the diverse guests and crew of the ship before it reaches its destination. Wright plays Rosalie Otterbourne, the niece and business manager of Salome Otterbourne. This is one of her most recognizable roles outside of the MCU, as she joined an ensemble cast featuring Kenneth Branagh, Gal Gadot, Sophie Okonedo, Emma Mackey, Russell Brand, and more.

The Silent Twins is Wright’s latest project and she stars as June Gibbons, alongside Tamara Lawrance who plays her twin, Jennifer. The movie is based on the life of the real Gibbons sisters who were known as The Silent Twins because they only spoke to each other. The sisters rejected society from a young age due to neglect and isolation and decided to only speak to one another. This led to them being admitted into a psychiatric hospital where they were faced with the threat of separation.

Netflix’s anthology series, Black Mirror, blends sci-fi with dystopian elements to portray alternative realities where advanced technology and artificial intelligence are the norm. Each episode of the anthology series features a self-contained story with outlandish plots that usually leave viewers pensive or even distraught. Wright starred in the season four finale titled Black Museum, an episode that tied together multiple subplots for a grand finish. She played a seemingly interested visitor in the museum named Nish who listens to the proprietor as he tells the gruesome stories of the different artifacts on display. However, Nish is on a revenge mission and carefully bides her time, waiting for the moment to strike. Though the episode did not earn the critical acclaim of many of its predecessors, Wright’s performance was hailed as a standout, and she scored a nomination for the Emmy Award for Outstanding Supporting Actress in a Limited Series or Movie.

Her first lead role in a film, Urban Hymn is considered Wright’s breakthrough for many British media outlets and fans. Before gaining an international fanbase as Shuri in Black Panther, the actress won hearts for her moving role in this coming-of-age drama. She stars as Jamie, a troublesome offender who has a remarkable singing voice. When her care worker seeks to nurture this gift and set her on a musical path to keep her out of trouble, she has her loyalties tested, as her explosive and possessive best friend would like her all to herself.

In this story about the Mangrove Nine, Wright stars as Altheia Jones-LeCointe, the Trinidadian restaurant owner and one of the key protestors following the raid of The Mangrove restaurant in Notting Hill. Her performance, as well as that of the entire cast’s earned major praise from critics. This particular episode of the Small Axe anthology film series was declared one of the best films of 2020.

Black Panther is undoubtedly the film that put Letitia Wright on the global map, with the iconic superhero blockbuster becoming a cultural and historical event.  Wright plays princess Shuri, the sister of King T’Challa, the King of Wakanda. She is a genius prodigy child who heads the technology and research department of Wakanda and designs the suits and weapons that T’Challa wears as the protector of Wakanda. Her performance was highly praised, and she reprised her role in the sequel, Black Panther: Wakanda Forever, taking on the lead role after the death of Chadwick Boseman.