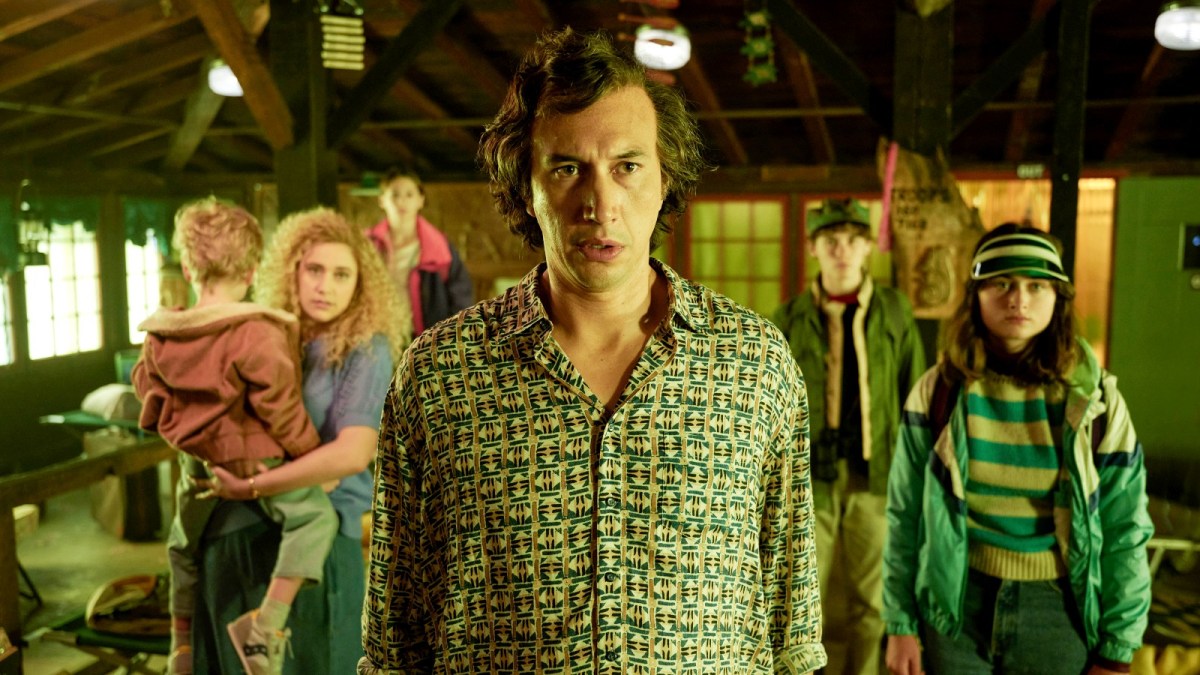 Noah Baumbach is a writer and director who has been making movies for almost 30 years and, in that time, has been able to create a style so distinct that his voice shines through no matter the subject matter.

Growing up in Brooklyn, Baumbach decided to be a filmmaker from a very young age and released his first movie at the young age of 26 years old, an impressive feat to say the least. Most recently, Baumbach has taken on an adaptation of Don DeLillo’s seminal novel White Noise, a task that many thought impossible. And yet, Baumbach was able to blend his own specific tone with the novel’s ambitious vision. Baumbach has done this again and again throughout his career, very nearly creating a genre all his own.

Baumbach had an unusual amount of success with his first feature, Kicking And Screaming (which we will get to later) and so much was expected of this, his second film. Mr. Jealousy is the story of an aspiring writer who is so jealous of his girlfriend that he essentially stalks her ex-boyfriend to learn more about their former relationship. It wasn’t a total failure of a movie but did quite hit the same mark as his debut, leaving audiences a little disappointed. You can stream Mr. Jealousy now on Pluto TV.

Baumbach is the kind of writer and director who seems to easily build a troupe of actors and actresses who return again and again to star in his movies. Two of the more prominent examples of this — Ben Stiller and Adam Driver — both star in this 2014 drama/comedy. Baumbach is also, as you will learn, not afraid to include very biographical details within his movies, often mining personal experience when writing his stories. Stiller’s character here, a 40-year-old filmmaker, is clearly meant to represent Baumbach and wrestles with ideas of creativity, aging, and marital strife in a way that almost has to come from lived experience. You can stream the movie now on HBO Max.

Baumbach’s movies are always well-cast, but this one in particular has a pretty stacked group of actors, including Jack Black, Nicole Kidman, John Turturro, and Baumbach’s then wife Jennifer Jason Leigh. The plot of the film is very much in the title, as the majority of the narrative is derived from Margot (Kidman) and her attendance at her sister’s wedding, which causes stress for all involved. This is notable for being one of the more unlikable characters Kidman has ever taken on. Though she does an admirable job, this was one of the main critiques of the film at the time, which said that not only Margot, but all of the characters within the film, are too deplorable to root for.

Baumbach has worked with a lot of excellent actors over the course of his career, but perhaps no collaboration has been as fruitful in both life and art as his work with Greta Gerwig. Mistress America is one of five Baumbach films she has starred in, two of which — including this one — she served as a co-writer. The two have also been in a romantic relationship since 2010 and are expecting their second child. While Mistress America does not work quite as well as some of their other collaborations, it is a charming little coming-of-age film that fits nicely into Baumbach’s overall filmography.

Greenberg marked Baumbach’s first chance at a big-budget film, jumping from his typically shoestring budget to a $25 million price tag. Starring Ben Stiller alongside Gerwig, Greenberg is a romantic comedy which centers around meandering characters searching for meaning, which they soon find in their budding relationship. It’s a quirky, nuanced love story, but it ultimately failed to live up to its budget, becoming noteworthy for being a pretty massive financial flop despite garnering decent reviews.

De Palma is very much the outlier on this list, being the only non-fiction film Baumbach has ever released. This film centers on one of his filmmaking heroes, Brian De Palma. It’s an interesting mix of two directors, as no one would watch a Baumbach movie and be reminded of anything that goes on in a movie by De Palma, a director known not for quirky romance or clever dialogue but for psychological thrillers and violent horror like Carrie and Scarface. The documentary features interviews with some of De Palma’s most frequent collaborators including Al Pacino, John Travolta, and John Lithgow. You can check out the documentary on HBO Max.

The Meyerowitz Stories marks the first of several movies Baumbach has released straight to Netflix and features an absolutely stacked case. Adam Sandler, Ben Stiller, Dustin Hoffman, Emma Thompson, Adam Driver, and Sigourney Weaver all star in this ensemble family comedy which aims to give us a view of a very dysfunctional family and the trials and tribulations therein. Sandler is especially impressive here, forgoing his goofball persona for something far more nuanced and thoughtful, a trick he seemingly can pull off whenever he feels like it.

Written by both Baumbach and Gerwig, Frances Ha is a coming-of-age tale in which Gerwig plays the titular character, a struggling dancer living in New York City. Frances’s life is thrown into turmoil when her roommate announces she is going to move out, leaving Frances unable to afford their Brooklyn apartment. It’s the kind of set up that sounds like small stakes but when you are 27 and you must find a new place to live while confronting the state of your life and career the stakes could not be more dire. Gerwig is fantastic here and very much carries the movie in a way few actresses could manage. You can stream Frances Ha now on Netflix.

Baumbach has always been a writer and director unafraid to mine personal biography within his films and The Squid and the Whale might be his most personal movie of all. The movie tells the story of two teen boys living in Brooklyn dealing with the divorce of their parents, which starts amicably but soon turns nasty.  Though Kicking And Screaming put Baumbach on the map as a filmmaker, this is the film that truly announced him as one of the most gifted young directors in Hollywood. The Squid And The Whale won the award for best dramatic direction and screenwriting at Sundance and Baumbach went on to receive an Academy Award nomination for Best Screenplay.

Baumbach was only in his mid-twenties when he released his directorial debut, the clever and charming Kicking And Screaming, which tells the story of four wayward recent college graduates who cannot seem to move on with their lives. Starring Josh Hamilton, Chris Eigeman, Carlos Jacott, Eric Stoltz, and Parker Posey, Kicking And Screaming was a surprise breakout in 1995 and has since become a  kind of cult movie among similarly aimless young people. It is to Baumbach’s credit that he is able to wring drama and pathos out of lives that are seemingly so ordinary but Kicking And Screaming is notable for displaying a keen ear for dialogue. You can watch Kicking And Screaming now on Netflix.

Aside from his documentary about Brian De Palma, White Noise is notable for being the first film Baumbach has made that is not based on his own original story. Instead, White Noise is an adaptation of a novel of the same name by Don DeLillo, a novel many thought to be virtually unfilmable. And yet Baumbach does indeed film an adaptation of this very strange, spellbinding novel and does so in a way that is very satisfying to both fans of the novel and those coming to the story for the first time. Once again working with frequent collaborators Adam Driver and Greta Gerwig, Baumbach is able to deftly capture the comedy, dread, and confusion of the source material in a way that makes it feel wholly his own. The film also ends with a truly fantastic dance sequence set to a new original song by LCD Soundsystem which is worth the price of admission alone. You can stream this new film now on Netflix.

Topping our list is 2019’s sad and nuanced story of a dissolving marriage starring Driver and Baumbach newcomer Scarlett Johansson. By now, you might be familiar with the meme of Driver punching the wall more than you are with the actual movie it comes from, which is a shame because this is a devastatingly heart-wrenching movie that deserves to be taken on its own terms. Johansson and Driver are simply fantastic as the warring couple, one who goes into the meat grinder of the legal process that is modern divorce and comes out scarred on the other side. Marriage Story received six Academy Award nominations, including Best Picture.