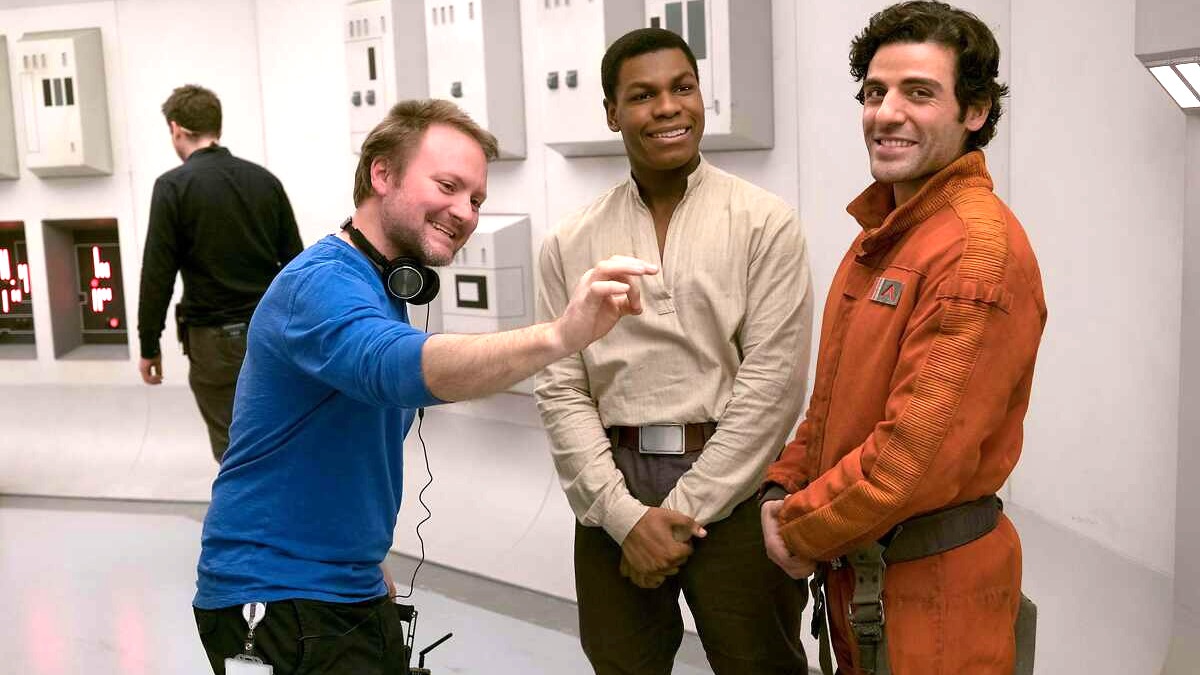 Rian Johnson is a director unafraid to take big swings within his work. This is a filmmaker, after all, who took on a Star Wars movie without sacrificing his own very specific vision. While The Last Jedi might not be your favorite installment into the epic franchise, it is hard to argue that Johnson did not put his stamp on the film. He has done the same with every one of his movies and television shows, from the burgeoning Knives Out franchise to his work on Breaking Bad. We have ranked his best movies and TV shows, from worst to best.

You cannot fully capture Johnson’s career without talking about the time he spent working with Vince Gilligan and the rest of the crew of the hit AMC series Breaking Bad. Though the majority of Johnson’s work has been on feature-length films, his work directing some of Breaking Bad’s key episodes certainly helped hone his craft for future projects. Overall, Johnson directed three episodes of the legendary series. “Fifty-One” marks the middle of the three, the title a reference to the series’ antihero’s 51st birthday. The episode — unlike some of the others he directed in the series — is very much a slow burn, one where most of the action happens internally. That is, until a late episode blow-up between Walker White and his wife Skyler, which ends up being as terrifying and emotionally turbulent as any action sequence you could imagine.

The Brothers Bloom is the closest thing Johnson has to a flop on his resume, though there is still plenty to like. Starring Adrien Brody, Mark Ruffalo, and Rachel Weisz, The Brothers Bloom is the story of two brothers who have, up until this point, lived a life of deception, making a living as a couple of swindling con-men. When we meet them, Brody’s character has decided he has had enough, only to be sucked in for one last con by his brother Stephen (Ruffalo).

Of course, when you choose a woman like Rachel Weisz as your target, you are always in danger of falling in love with your mark, as happens in unsurprising fashion. Despite what sounds like a promising premise, The Brothers Bloom does not quite come together as Johnson might have hoped. It does, however, give us a bit of a glimpse of the kind of ensemble crime/comedy he has grown so skilled at as of late.

Knives Out might just be the most unlikely franchise in film today and yet here we are, where a Netflix murder mystery is one of the dominant events in pop culture. The key to the whole thing is Daniel Craig’s performance as ace detective Benoit Blanc, the only character to return from the original film. You could argue he is even better in Glass Onion than he was in the first installment.

Glass Onion shifts things from an old-money estate to the garish glass castle of a tech billionaire, played by Edward Norton, making the object of the film’s satire slightly different than the original. The rest of the cast is filled out by some always excellent performers like Kathryn Hahn, Dave Bautista, Janelle Monáe, and Kate Hudson, all doing a great job of inhabiting some truly despicable characters (save Monáe as the one morally virtuous character). As you would expect, Glass Onion is a movie that rarely sits still, constantly reshuffling the cards and keeping the viewer on the edge of their seat, something Johnson is growing increasingly skilled at doing.

“The Fly” marks the first time Johnson was brought on to direct an episode of Breaking Bad and has since become one of the more controversial and critically acclaimed episodes in the series’ history. Breaking Bad was always a series focused on plot, consistently driving its character forward toward what seemed like inevitable tragedy. After all, when a series begins with its main character receiving a deadly diagnosis, every moment is injected with a certain amount of urgency. Which is perhaps why fans were so surprised to see an episode like “The Fly,” which slowed the action of the series to a standstill. “The Fly” is what is called a ‘bottle episode,’ otherwise known as an episode featuring a limited cast and, in this case, essentially a single set.

The entirety of “The Fly” takes place within the lab where Walt and his partner in crime, Jesse Pinkman, are cooking meth. As he explains in minute detail to Pinkman about halfway through the episode, the lab has been contaminated… by a common housefly. We get shots from the fly’s perspective as well as Pinkman and White’s, all leading to the sense of claustrophobia and panic that the episode is trying to elicit.

If you are not a fan of Rian Johnson as a filmmaker, this movie might be the main reason. Johnson’s installment into the Star Wars universe is nothing if not controversial, turning many die-hard fans of the series off because of its brash and bold story choices. It could be argued, however, that The Last Jedi is a movie that works quite well because it’s different in a way that feels refreshing, especially for a series’ eighth installment. Say what you will about the movie, but it was still a major success at the box office, earning over $1.3 billion. You can stream The Last Jedi, as well as the rest of the Star Wars movies, on Disney Plus.

It is a testament to how well Johnson did in handling the other two Breaking Bad episodes on the list that he was once again hired on to direct this, one of the final episodes of the series. In fact, many will point to “Ozymandias” as being perhaps the best episode in the entirety of the show’s run.

By this time in the story, everything has gone wrong and we are dropped right in the middle of the action as Walter White tries desperately to hold on to everything that he values. It is a truly breakneck episode of television, each scene as agonizingly tense as the last. Johnson handles in beautifully, giving us a truly fantastic episode of one of the greatest series of all time.

After the relative failure — at least financially — of The Brothers Bloom, Johnson needed to scratch and claw his way to his next feature film. Luckily, he was able to land on something as well conceived and executed as Looper, one of the more imaginative and effective sci-fi action flicks of the 21st century.

Starring Joseph Gordon-Levitt, Jeff Daniels, Emily Blunt, and Bruce Willis, Looper is a time-travel story in which hit men are hired to kill people for the mob. The twist here is that Gordon-Levitt and Willis are playing the same role at different ages, with the younger tasked with killing the older. Despite fears of narrative confusion, both critics and moviegoers loved Looper and it quickly gained a bit of a cult following as a sci-fi movie that skimped on neither smarts nor action.

Brick, Johnson’s first ever feature length film, is a movie that does not seem like it should work, at least not on paper. A kind of homage to the hard-boiled detective stories of the 1920s and 30s, Brick’s story is set within a California suburb among characters still in high school and yet the dialogue resembles the jargon of a movie like the Humphrey Bogart classic The Maltese Falcon. It is a choice that you can see getting easily shot down by studio executives, but since Brick was released on a very shoe-string budget in a very independent manner, Johnson was able to bring his strange and idiosyncratic vision to screen with little oversight.

The result is something that actually works fantastically, blending the heightened language of classic noir with the trappings of a high school drama in a way that is incredibly seamless. Much of that can be attributed to the performances Johnson was able to get out of his leads, which included a young Gordon-Levitt as well as Lucas Haas and Meagan Good. Brick would premiere at Sundance and go on to become a critical darling, making Johnson a director to be paid attention to.

Coming off of the insanity that must come with working on a Star Wars movie, Johnson decided to once again return to working on his own original story. But like Brick, Knives Out owes as much to the past as to the present. Putting his own spin on what could very well have been an Agatha Christie mystery, Johnson created his own Hercule Poirot in the form of Benoit Blanc, the southern detective played wonderfully by Daniel Craig.

Knives Out sees Craig dropped right in the middle of a tense familial struggle for power, as each member of the wealthy Thrombey family desperately wants to be the sole heir to the family fortune. Shenanigans, as you might imagine, ensue and Blanc is forced to unravel the mystery strand by strand. Knives Out was, without a doubt, the surprise hit of 2019 and will continue to live on in at least one more film in addition to this year’s Glass Onion. Quite an accomplishment for Johnson and company.