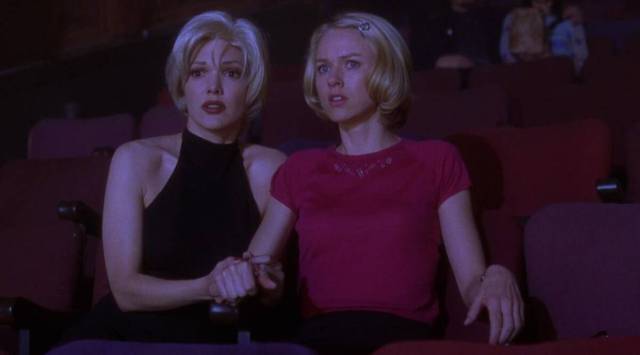 It’s fairly easy to identify a horror movie. There’s usually someone or something bad – a homicidal killer or a monster that eats souls or someone who won’t text and only calls on the phone. It’s a go-to genre for many for that reason: it’s reliable and in the right hands can be truly transcendent.

However, sometimes the horror isn’t “hit you over the head with a rubber mallet”, but more “tickle your foot with a feather”. Something isn’t right but you can’t quite tell what, and then all hell breaks loose. This is how surreal horror works.

It’s not a bloody murderer chasing a victim with a knife as much as it is things are normal except there’s obviously something hellish going on and people keep disappearing in the meantime. Sometimes it’s not even really clear what’s going on at all.

Surreal horror is a genre all of its own. Let’s go over some of the best surreal movies of all time, starting with a classic in the genre.

Absolutely one of the weirdest movies ever for a litany of reasons, this David Lynch classic has all the touchstones of surreal horror and is a standout in the genre. It starts innocently enough with Naomi Watts playing the wide-eyed Hollywood newcomer but things quickly devolve into something else entirely.

Released in 2001, the movie starred Watts and Laura Harring as a woman who completely loses her memory after a brutal car crash. They decide to solve the mystery together and end up finding some money and a weird blue key. The plot is complicated and like any Lynch film requires a few viewings but it’s Lynch’s personal genius that really makes this surreal mystery sing.

The movie seems to exist in this world between the waking world and the unconscious one, and Lynch uses non sequiturs, closeups, comparisons of seemingly normal, mundane objects to absurd ones and the contrast between beauty and terror. Just don’t try to understand it.

One of the weirder movies in the Jennifer Lopez filmography, especially because it doesn’t involve her being a working class person meeting a rich dude and falling in love. It’s one of those movies that still holds up because of its premise and really striking visuals.

The movie came out in 2000 and starred Lopez as a child psychologist named Catherine who works for an agency that puts her in people’s minds to help them. A serial killer named Carl Stargher (Vincent D’Onofrio) kidnaps women and murders them slowly in pretty terrifying ways.

He kidnaps one woman and hides her somewhere before falling into a coma, and Lopez is tasked with diving into his brain and finding out where she is. The movie is a fairly standard beat the clock thriller but it really shines during Lopez’s journey through the killer’s psyche.

His unconscious mind is hellscape complete with chained female bodies and tortured animals. The costumes are iconic and everyday objects are blown up or mutilated in horrendous ways. At one point, Lopez is in Mother Teresa-like nuns clothing trying to help the child version of the killer. Eventually, we go into her mind and it’s full of jewels and white peacocks.

This 2017 film starring Jennifer Lawrence and Javier Bardem can be watched a few ways. One as a statement about what we as a race are doing to the earth, another as a interpretation of human creation myths and finally as just a bonkers movie with a lot of weird stuff happening.

It was directed by Darren Aronofsky, purveyor of other surreal classics like Pi and Black Swan (more on that later). If David Lynch is the king of surrealism then Aronofsky is the clown prince waiting to snatch the crown. The idea of this movie being “about” something honestly kind of ruins the vibe. It’s so almost ordinary but also so off-the-rails that it almost needs to be experienced to really describe faithfully.

Basic plot points are that a man and a woman live in a mansion that they’ve been fixing up and things are fairly peaceful. Then guests start arriving and things get progressively more violent and weird. It’s a masterful take on surrealism because everything is kind of normal on the surface (well besides the violence) but there’s something sinister going on here for sure.

Aronofsky is a master of tone and tension, and this movie is no different. Truly one of the weirdest films of the modern era.

One of the weirdest movies on a list of really weird movies. The log line for this 1991 film was “Exterminate all rational thought.” The movie, directed by surrealist master David Cronenberg, is an adaptation of sorts of the 1959 novel of the same name by author William Burroughs.

The book was widely considered to be unfilmable because of all the different locales and the exorbitant amount of money it would take to produce. Cronenberg instead chose to offer a fictionalized version of Burroughs life and pepper plot points from the book into the movie.

The movie centers around exterminator William Lee who has to deal with typewriters that become bugs, aliens with juices that cause hallucinations, and people you don’t know if you can trust. While it’s not neccesarily gory, it’s torturous in its own way and really has a way of shifting a worldview, or at least facilitates looking at the world a different way.

A lot of nailing a good surreal horror movie is in the hands of the director, and like Lynch and Aronofsky, Cronenberg is a master. Peter Weller, hot off the heels of Robocop 2, also knocks it out of the stadium with his take as the protagonist in the film, who gets addicted to the fumes from exterminating and kills his wife.

American Psycho is all in the details. This 2000 film starring a pre-Batman Christian Bale is bloody, gory and psychologically scarring. An upside down morality play on the greediness of the ’80s, Bale plays a banking executive named Patrick Bateman in New York who presents himself as one thing to hide the murderous man he is on the inside.

There are so many classic scenes to pull from, but Bale’s character setting out plastic before he bludgeons a victim to death really resonates because of its casual morbidity. The contrast between the waking world and the world that Bateman lives in really makes for a psychological tale that’s sharp as a bloody knife.

It’s a brilliant satirical cultural commentary that’s only enhanced by its otherworldly gore. There’s also little flourishes that slowly paint Bateman’s character. He drops a chainsaw directly on a victim; he gets ordered by an ATM to feed a cat; he fires at a cop car and it explodes.

There’s a lot of online debate as to whether the things in the movie really happen in reality or just in Bateman’s mind, and if that isn’t the core of a surreal nightmare then I don’t know what is.

Black Swan is one of those weird surreal movies that ended up going mainstream and winning a lot of awards (including an Oscar for star Natalie Portman). This 2010 film is a loose interpretation of the unraveling that comes along with mental illness. Where mother! was loose and flowy, Black Swan is tight and tense.

The premise is fairly simple and digestible: Nina Sayers gets the lead role in Swan Lake and the pressure from everyone around her causes her to crack like an egg. She hallucinates things happening to her body and can’t quite decipher reality and fiction. She kills a rival, but then doesn’t as it turns out she ended up injuring herself.

Mila Kunis plays Sayers rival and provides the perfect contrast to Sayers prickly perfectionism. It’s about the human spirit and how far it can be bent before it breaks into a million pieces and shatters whatever semblance of reality was there in the first place.

It’s a tightly wound film that again is almost more of an experience than anything else. It takes you for a ride and Aronofsky uses all of his skills as a director masterfully in this one. The idea of “is this real” is explored through the lens of breakneck competition and mental illness, but it never feels preachy or ordinary.

It’s impossible to have a conversation about surrealist horror without mentioning director Ari Aster. His previous film, Hereditary, was so frightening and surreal it practically invented a new genre. Midsommar does that too – introducing the daytime horror movie.

Midsommar is a study in slow reveal. Things bubble under the surface, terrifying things, but they’re not overt until one scene in particular when people jump off cliffs to their deaths intentionally. Even then, it’s sunny and friendly and bright. It unfolds so slowly that when things start happening they’re all the more frightening.

Aster is a master of contrast. The mundane becomes psychologically overbearing in his hands. There’s always something bubbling underneath the surface that everyone seems to know but no one is talking about. Florence Pugh provides a star making turn in the lead role and has the biggest character arc from normal suburban girl to something else entirely. This one needs to be seen to be believed.