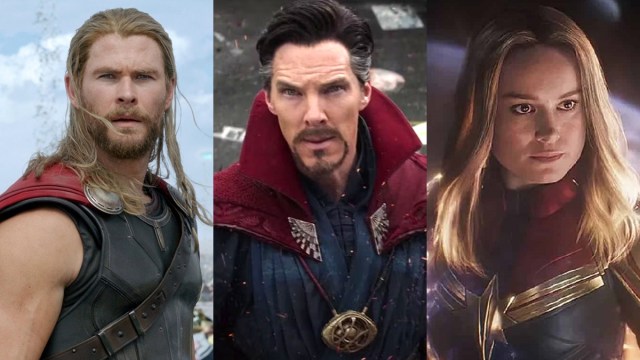 The death of Tony Stark and departure of Robert Downey Jr. from the Marvel Cinematic Universe has left a gap at the head of the table for the Avengers, and in more ways than one. The longtime Iron Man took top billing in the first four assemblies of Earth’s Mightiest Heroes, so there’s a huge void for the lucky A-lister who gets their name put first in The Kang Dynasty and Secret Wars.

Something as frivolous as being the first name people see when a blockbuster ends might sound like a triviality to us mere peasants, but it would be a huge badge of honor for whoever takes over from RDJ. The natural progression would have been Chris Evans, but he’s gone too, so who gets to step up to the plate and take the honors?

Well, we’ve got no idea at this stage, but that hasn’t stopped the MCU fans of Reddit from trying to determine which of the many, many, many, many cast members could get the nod when The Kang Dynasty rolls around.

If we’re going on a mix of longevity and importance to the overall architecture of the franchise, then Chris Hemsworth would surely be the guy. On the other hand, there’s been a lot of support for Benedict Cumberbatch and even Jonathan Majors, although there doesn’t seem to be much love for Brie Larson – which is to be expected when we’re talking about something happening on the internet.

Maybe they’ll end up going alphabetically similar to how Lost wrangled its 496 regular cast members as it slowly fell of a cliff, thus rendering the entire argument moot. One thing’s for sure, though; Downey Jr. has left mighty big shoes to step into.