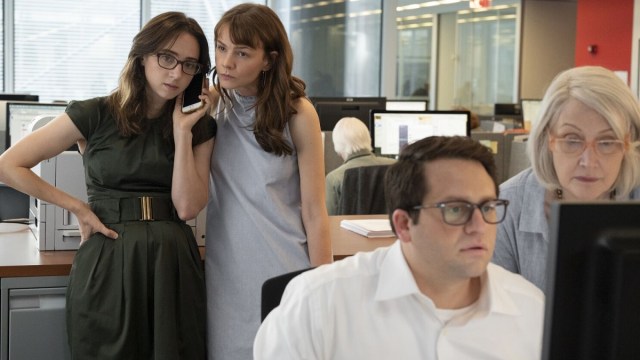 The theatrical industry has slowly been returning to its pre-pandemic levels of strength, but that doesn’t mean we haven’t seen our fair share of box office bombs that can’t justifiably lean on COVID as an excuse. While it’s often the most expensive productions that come to mind when you think of commercial disasters, She Said tanked thunderously to set an unwanted record this weekend.

We’ve seen the likes of David O. Russell’s star-studded crime caper Amsterdam, Roland Emmerich’s turgid disaster epic Moonfall, Fantastic Beasts: The Secrets of Dumbledore, Morbius, and The Northman all go down in a ball of flames after releasing in theaters, but the recurring theme is that every single one of those projects costs at least $80 million to produce.

Meanwhile, director Maria Schrader’s story focusing on a pair of journalists exposing the abhorrent past of disgraced producer Harvey Weinstein was made for an altogether thriftier $32 million, and yet it’s poised to end up just as much (if not deeper) in the red than all of those aforementioned blockbusters.

Despite an impressive Rotten Tomatoes score of 88 percent to go along with its 86 percent user rating, She Said could only muster $2.2 million across its first three days in multiplexes. Due to the fact the film was playing in over 2000 theaters, that makes it the worst-performing release from a major studio all year.

It’s not exactly the sort of narrative that’s easily marketed and sold to the masses, in fairness, but it’s an unwanted black mark for Universal, who need to rely on a late-year title faring even worse in order to shake off the stigma of winding up at the bottom of the pile.