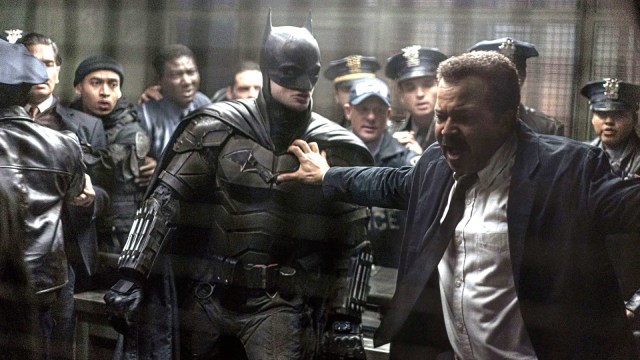 James Gunn and Peter Safran may have recently been appointed co-CEOs of the new and hopefully improved DC Studios, but Matt Reeves looks set to retain a huge amount of creative influence over his standalone Gotham City universe.

As well as a direct sequel to The Batman, the filmmaker is also overseeing Colin Farrell’s HBO Max series The Penguin, which is penciled in to begin shooting early next year. On top of that, talk has surfaced of everyone from Clayface to Professor Pyg getting a standalone project, and a horror-tinged story would certainly be up writer and director Zach Cregger’s street.

The filmmaker was responsible for Barbarian, one of the year’s best and most acclaimed tales of blood, guts, and gore that’s been tearing it up on streaming since being made available on-demand, which came after it recouped its budget almost 10 times over during its theatrical run.

In an interview with ComicBook, Cregger discussed what comes next, and he dropped the tantalizing tease that he’d been working on something set in Bruce Wayne’s hometown.

“I’m writing an original horror currently. There are conversations about existing IP. franchise that I can’t talk about, and then there’s a script I wrote before Barbarian that takes place, um, in Gotham City. And, uh, I actually love… I think that’s my favorite thing I’ve written believe it or not, so I don’t know what’s gonna happen with that. Nobody from Warner Bros. or DC. I have not talked to anybody about it. I hope to one day.”

He may not have spoken to anyone about it yet, but Barbarian is sure to put him on the radars of the people in charge, especially when it’s currently HBO Max’s number one film. Not only that, but a certain Mr. Gunn has a background in horror himself, so let’s hope that whatever Cregger penned ends up seeing the light of day under the new regime.