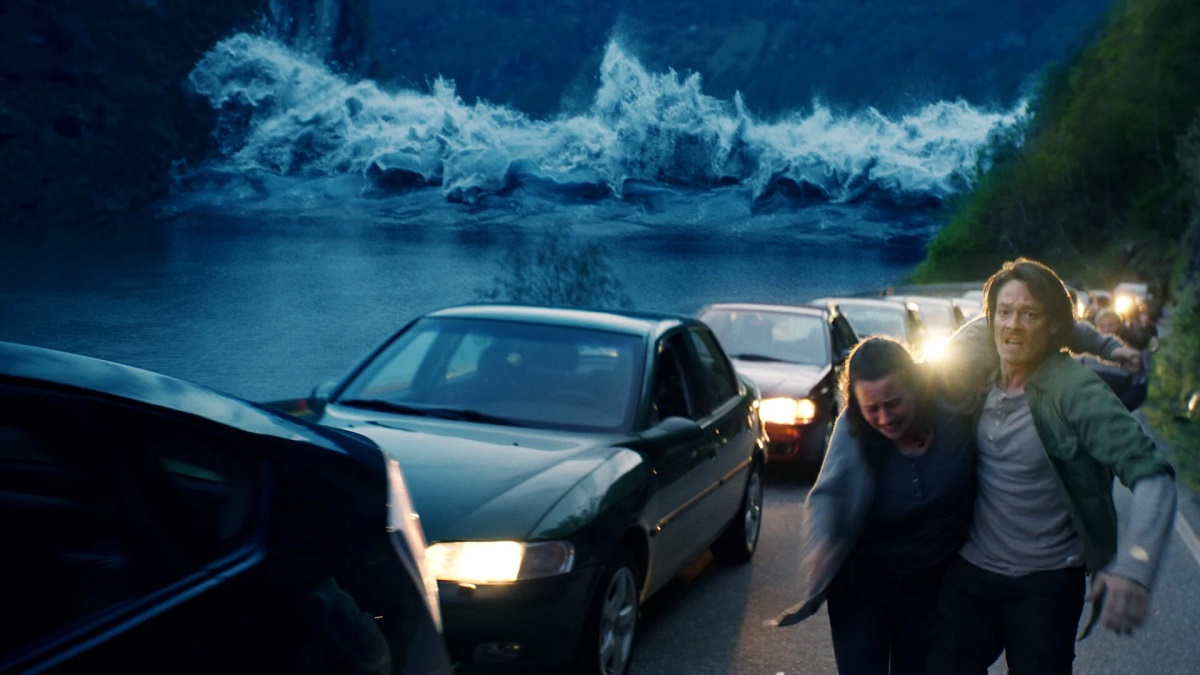 As you can imagine, the disaster genre doesn’t often tend to lead to a multi-film franchise, because there’s only so much destruction that can go around. Norway clearly wasn’t listening, though, with 2015’s The Wave igniting what currently stands as a trilogy, but could yet spawn additional installments.

Directed by Roar Uthaug, the mastermind behind the failed attempt at rebooting Tomb Raider and Netflix’s most successful foreign-language feature ever Troll, the fairly by-the-numbers story finds a geologist and his family running for their lives and fighting for survival when a 250-foot tidal wave begins wreaking untold devastation.

Kristoffer Joner’s Kristian Eikjord also headlined sequel The Quake, so it wouldn’t be a spoiler to reveal that our hero makes it out alive, even if he’s not part of threequel The Burning Sea. Certified Fresh on Rotten Tomatoes with an 83 percent score from critics, The Wave is definitely not one to be slept on if you’ve got a soft spot for cataclysmic calamity.

Streaming subscribers are happy to welcome the decimation of the natural world into their homes, it would seem, after FlixPatrol named The Wave as one of the most-watched features on both the iTunes and ViaPlay charts heading into the weekend. Hollywood may have cornered the market on effects-driven extravaganzas, but Norway is carving out quite the reputation for itself on that front, too.

Long may it continue, because all three entries in the loosely-connected trilogy of “oh sh*t, the nation’s f*cked again” have done a turn with critics and audiences alike, making it a genuine contender for most underrated film series of the decade.