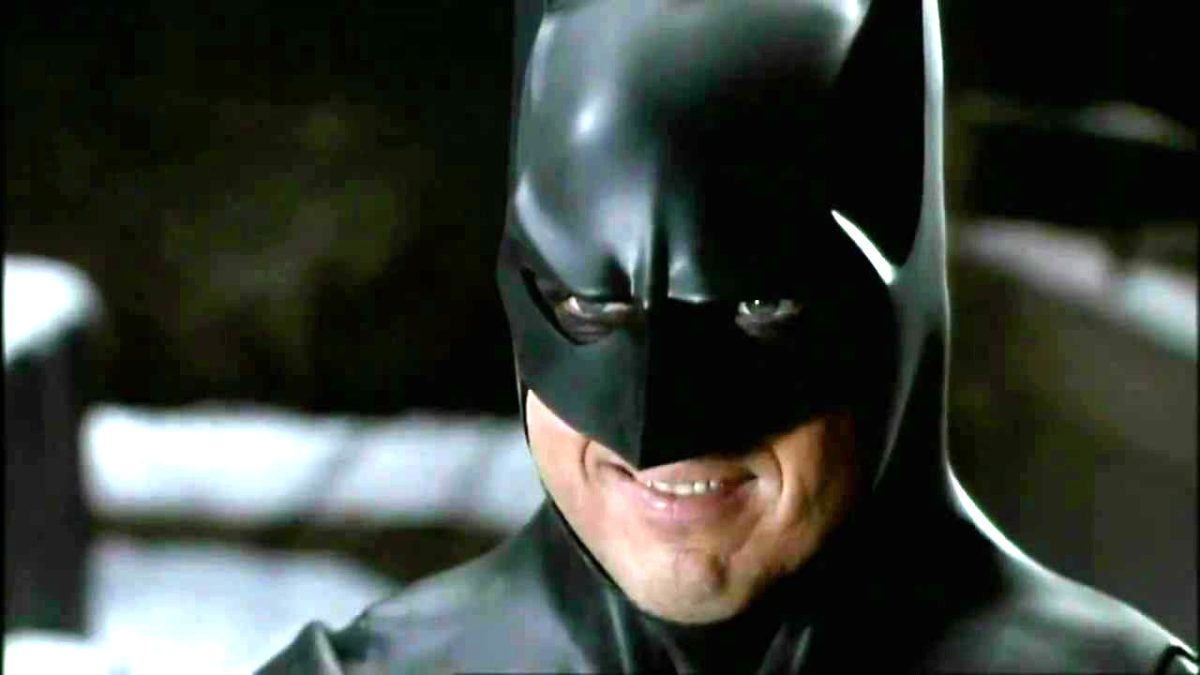 As far as we’ve been led to believe, The Flash is still theoretically coming out next summer. The debut solo film for the Scarlet Speedster has faced a journey through development hell. Originally intended for a 2016 release, it gradually cycled through directors and scripts before finally going before the cameras in 2021. Then came a mountain of terrible press about star Ezra Miller, shortly followed by a creative shakeup at Warner Bros.

As such, many fans have called for The Flash to follow Batgirl and be permanently shelved, but the fact we’re beginning to see merchandise emerge indicates that it’s full steam ahead.

The return of Michael Keaton’s Batman is now perhaps the main selling point of the movie. Fans of the 1989 classic were already tickled pink by the reveal we’d be seeing the iconic ’89 Batmobile return, and now chances are good we’re getting an updated version of his Batwing.

In Batman, this was used in the finale to bring down the Joker’s laughing gas parade that threatened to kill off the people of Gotham, with the hero collecting the noxious balloons and releasing them into the upper atmosphere. He then did a rule-of-cool pose in front of the full moon, mirroring the awesome bat symbol.

That Batwing was then promptly destroyed by the Joker with his unusually long handgun, so it makes sense that Keaton’s Batman would have upgraded to the “Ultimate Batwing”.

We can’t wait to see it onscreen. Seriously, at this point they should just cut Miller and give us the Batman Returns sequel everyone is so clearly craving.