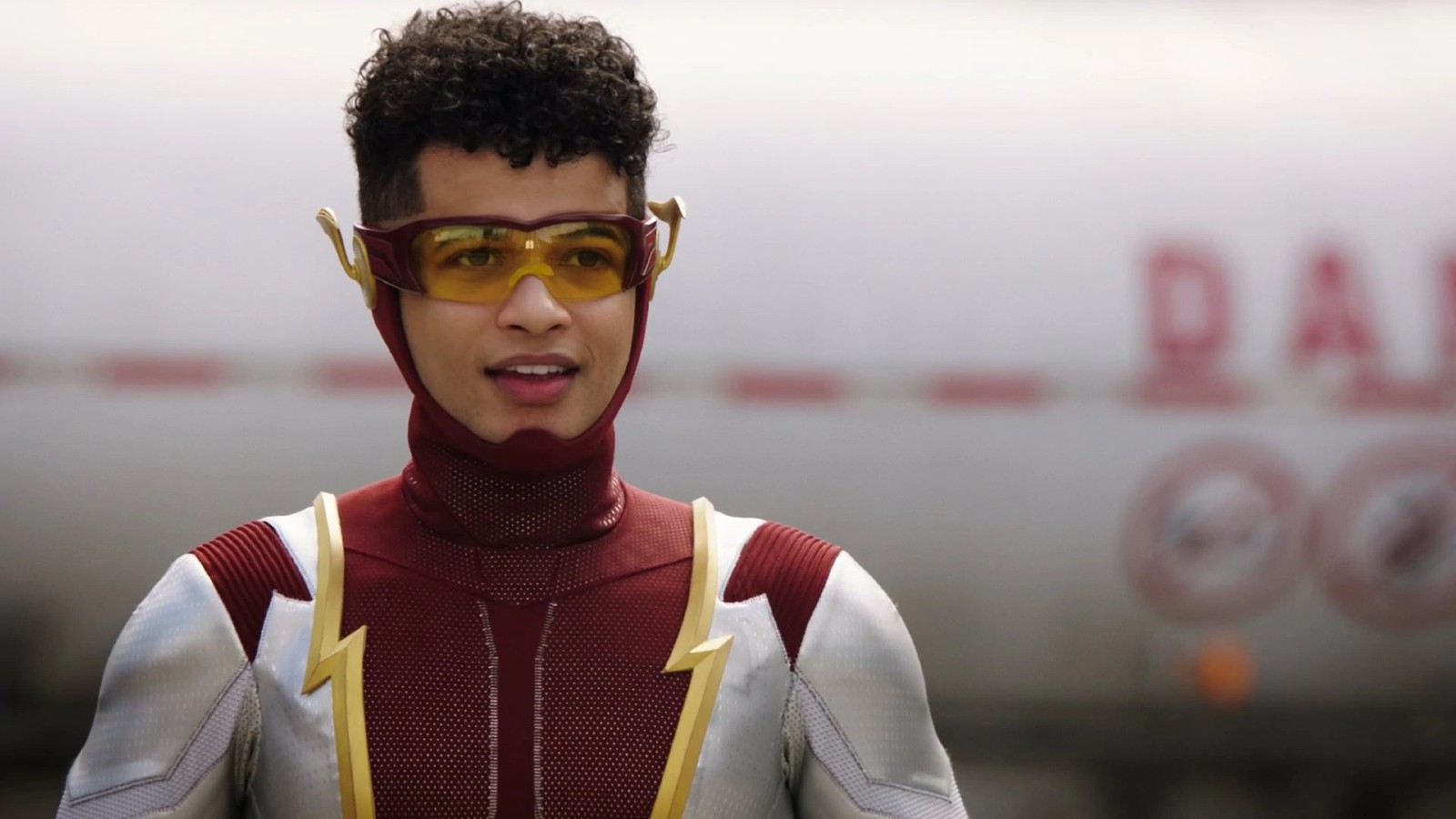 Jordan Fisher from The Flash envisions himself as the Human Torch in the MCU. The multi-talented actor plays Bart Allen/Impulse (The Flash’s son from the future) and it looks like he’s interested in adding another superhero to his credits.

Fisher posted an image of himself on Twitter as the Fantastic Four’s resident hotshot Johnny Storm/Human Torch. In the photoshopped image, he’s in costume with his head aflame and his eyes burning bright as he looks toward the camera. He posted it along with a drooling emoji, as if he’s craving the idea.

Bart Allen made his first appearance in The Flash season 7, “Heart of the Matter Part 1” and “Part 2” alongside his sister Nora Allen (Jessica Parker Kennedy). Fisher won over many hardcore fans who loved the character from the comic book or the animated series Young Justice.

Impulse has super speed, like his father, but he tends to act before he thinks and that often gets him in trouble. He’s lighthearted and makes a lot of jokes, but in his recurring appearances, he’s been working on taking things more seriously to become the hero the city needs.

In the comics, Johnny Storm, his sister Sue Storm, Dr. Reed Richards, and Ben Grimm journey through space when they get exposed to high levels of cosmic energy. Each of them develops superpowers as a result, and in Johnny’s case, he gains the ability to transform his body into flames and to control fire itself. Johnny has yet to appear in the MCU, but it’s likely fans will be seeing the character soon.

The Fantastic Four team doesn’t have an official cast yet, but after the events in Doctor Strange in the Multiverse of Madness fans have a lot of theories. A Fantastic Four movie is in the works and the producers of Moon Knight will be producing it for the MCU. With Fisher’s interest in the role, and having already played a superhero, he could be in the running for the enviable role.