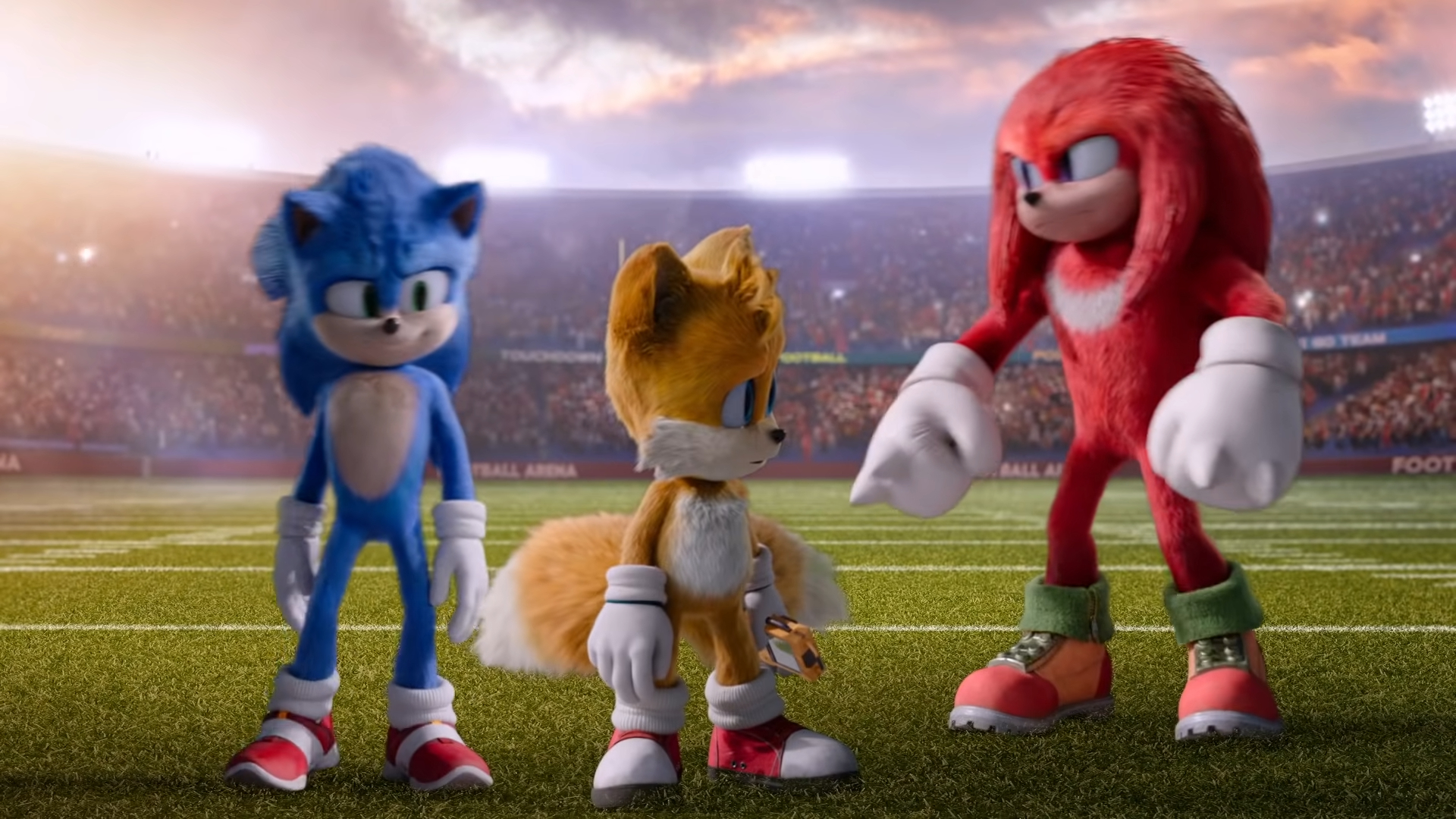 More than two years after Sonic the Hedgehog landed in theaters, its sequel — Sonic the Hedgehog 2 — is expected to pick up exactly where the original left off when it opens in theaters this spring. In the first film, audiences met Sonic for the first time as he arrives on Earth, unwillingly transported from his own planet and unaccustomed to the lifestyles of humans. Unbeknownst to him, Doctor Robotnik (Jim Carrey) takes an immediate interest in his destined rival’s abilities, resolving to track Sonic down and use his powers for nefarious purposes.

Paramount revealed the official trailer for Sonic the Hedgehog 2 at last year’s Game Awards and now, in a recent tweet that chronicles upcoming projects, the studio has shared that Sonic the Hedgehog 3, the round-off to the trilogy, is in development. However, the good news didn’t end there. Paramount also teased that an original Knuckles spin-off series, starring Idris Elba, would be coming to Paramount Plus.

As expected, Sonic fans are losing their minds over the news, especially since the announcement ties in quite nicely with the compatibility of the Sonic & Knuckles video game. The original Sega Genesis cartridge features an adapter that allows players to connect the Sonic the Hedgehog 3 cartridge, creating a combined game. Dedicated Sonic enthusiasts have pointed out the coincidence, which might not be that at all.

It certainly seems as if Paramount knew exactly what they were doing when announcing ‘Sonic 3’ and ‘Knuckles’ simultaneously. As previously mentioned and supported by Sonic the Hedgehog superfans, Sonic 3 was developed simultaneously with Sonic & Knuckles, but time constraints and cartridge costs forced developers to split it. These occurrences appear less and less coincidental, but how the third installment will overlap with the Knuckles spin-off series is yet to be seen.