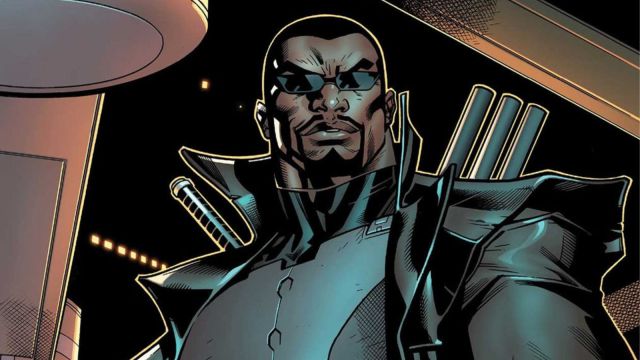 Blade has swooped in to find its new creative heart, as Michael Starrbury joins the upcoming Marvel Cinematic Universe reboot of the character.

Nearly twenty years on from the unmitigated disaster of Blade Trinity, Marvel Studios is now rebooting the character in their shared canon. Original writer and director duo Beau DeMayo and Bassam Tariq got slashed last month following reports of an underwhelming flick with just two action sequences, and now Marvel has found their replacements.

Starrbury has confirmed reports he’s joining Yann Demange in the crew of the Mahershala Ali-led Blade film, with him tweeting his pride at joining the project as it nears filming. Starrbury said he felt lucky to be working with an “amazing, smart team”, and promised they’d be doing their utmost to deliver the best Blade movie they can.

Starrbury’s previous credits may not be household names to average cinemagoers, but he penned two critical hits in 2013’s coming-of-age film The Inevitable Defeat of Mister & Pete and miniseries When They See Us. His projects have focussed on Black stories, so he seems a natural fit for one of Marvel’s best known Black characters.

Ali is still attached to play the titular role, following his introduction in the post-credits scene of Eternals. Given the fandom around the character and the cult status of the first two Wesley Snipes films, there is a lot of expectation on this film. Unfortunately for bloodhounds, it’ll likely be a PG-13 rated film unless something changes with the rewrites.

Blade is expected to begin filming soon, with its release date pencilled in for Sept. 6, 2024.