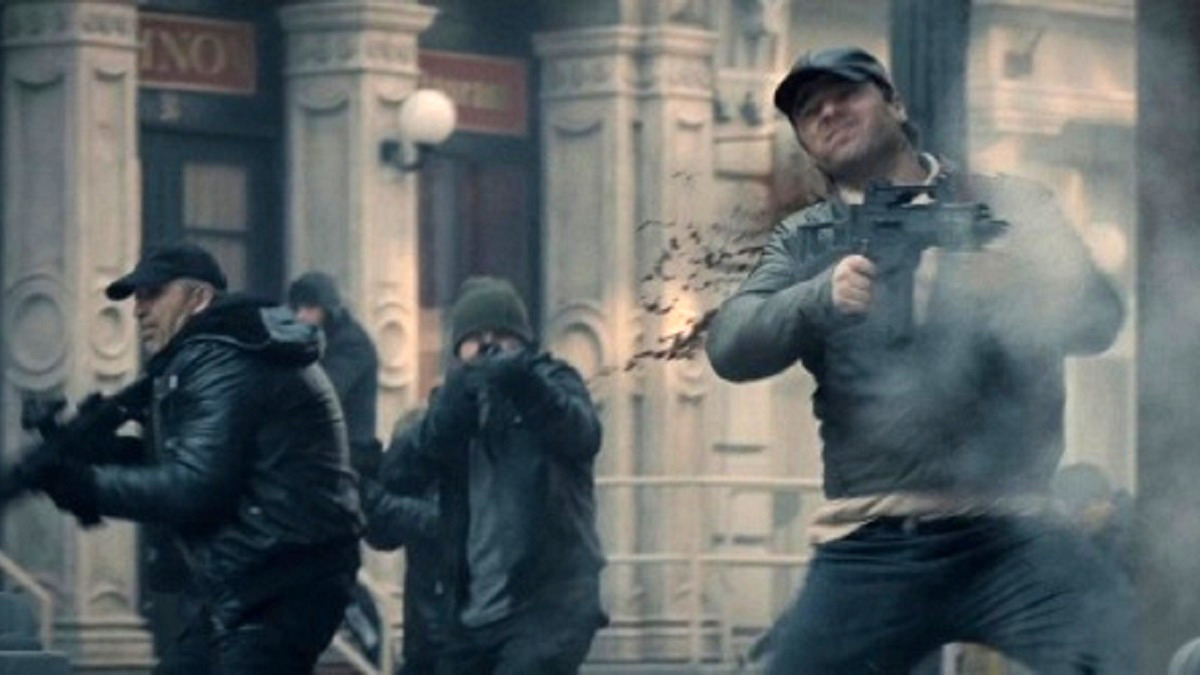 When the entire selling point of a franchise is predicated on roping in as many big names as possible, future entries are virtually obligated to raise the bar. Thankfully, The Expendables 2 got the memo and then some, delivering what comfortably ranks as the single most star-studded action sequel of all-time.

In an even more encouraging turn of events, the second installment of the aging franchise didn’t just rely on name power to go through the motions, with Simon West replacing Sylvester Stallone as director leading to the highest box office gross and best reviews of the original trilogy.

Sure, the plot is standard hokum that finds the good guys battling against a hammy villain in an all-guns-blazing display of bulging biceps, oozing machismo, and a sky-high body count, anyone who didn’t find themselves grinning from ear-to-ear during that showstopping final showdown is dead on the inside.

Even the list of names present and accounted for reads like a who’s who of shoot ’em up cinema’s past, present, and future; Stallone is joined by Jason Statham, Terry Crews, Jet Li, Dolph Lundgren, Randy Couture, Liam Hemsworth, Scott Adkins, Jean-Claude Van Damme, Chuck Norris, Arnold Schwarzenegger, and Bruce Willis to deliver a cavalcade of ass-kicking icons to the masses.

It’s been over a decade since The Expendables 2 first mowed down the competition in theaters, but the explosive adventure has flexed its muscles on streaming once again. Per FlixPatrol, the deliriously over-the-top extravaganza has become one of the most-watched movies on Starz’ global charts, and there’s never really bad time to indulge in such pure, mindless mayhem.