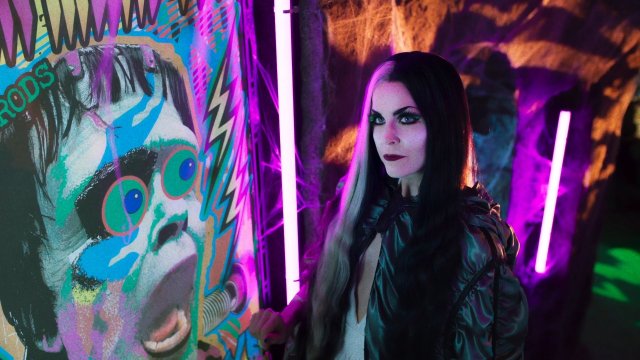 The Munsters finally landed on Netflix this week and, well, the internet’s reaction to it is just as divisive as it was when the first trailer dropped in the summer. While everyone was hyped for the frightful family to return to our screens after so long, a lot of folks are not pleased with what director Rob Zombie has offered up. Although some are calling it an instant camp classic, others consider it a day-glo gothic nightmare.

In fact, The Munsters moaners out there are convinced that self-confessed uber-fan Zombie might have been lying to us this whole time and has really been playing a long con to get himself appointed the reboot’s director so he could destroy the franchise from the inside. Those that feel the new movie totally misses the point of the fondly remembered 1960s sitcom don’t understand how it could come from someone who professes to love the show.

The film is a Munsters hate-crime, according to some.

If Zombie really wanted to direct, maybe he should’ve let someone else write?

Others are actually impressed that Zombie managed to go lower than their already paltry predictions.

Saddened and confused. That’s exactly what you want to feel after watching a movie.

To be fair, these are just the viewers who didn’t get along with the film, but there are those much more amenable to Zombie’s unique style who managed to get a lot of enjoyment out of it. In particular, Sheri Moon Zombie is receiving a lot of praise for perfectly channeling original actress Yvonne De Carlo as Lily. One criticism that everyone seems to agree on, however, is that the 110-minute flick is longer than it needs to be.

To make up your own mind on The Munsters, stream it on Netflix now… if you dare.