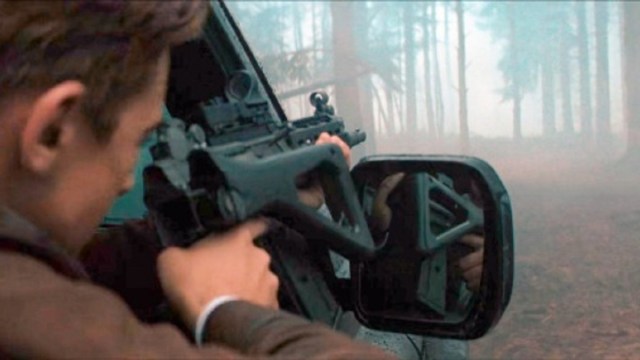 Daniel Craig was never going to let his iteration of James Bond go out with a whimper, given that he’d grounded cinema’s most famous secret agent and made 007 more human than ever before. That being said, you could almost hear a pin drop in theaters around the world when No Time to Die made the boldest decision in the history of the iconic franchise during its finale.

The actor’s five-film tenure ended with Bond being definitively killed off for the first time ever, and that came after Craig also became the first incumbent of the tux to be revealed as having fathered a child. It was bold to say the least, and something the creative team fought hard for throughout development, even if it left more than a few purists aghast.

Up until that point, though, No Time to Die had seen the leading man embrace the trappings of classic Bond more than at any other point during Casino Royale, Quantum of Solace, Skyfall, and Spectre by dropping quips and one-liners like it was nobody’s business, although we soon discovered there was an ulterior motive for stringing us along with so many throwbacks.

Reviews remained strong across the board, though, and $774 million at the box office was a hell of a tally for a pandemic-era release, and much praise was deservedly pointed in the direction of Craig’s performance, the stunning action sequences, an all-too-brief scene-stealing turn from Ana de Armas, as well as the cohesive conclusion to the hero’s most well-rounded arc yet.

Sure, the villain is kinda weak, but we can let it slide when it’s a regular Bond problem. No Time to Die has also been riding a new wave of momentum on streaming, too, having been tearing it up all week. As per FlixPatrol, the landmark 25th installment is a Top 10 Prime Video hit in 32 countries, and also ranks among the top-viewed titles on iTunes and Google, so a controversial ending hasn’t put anyone off.