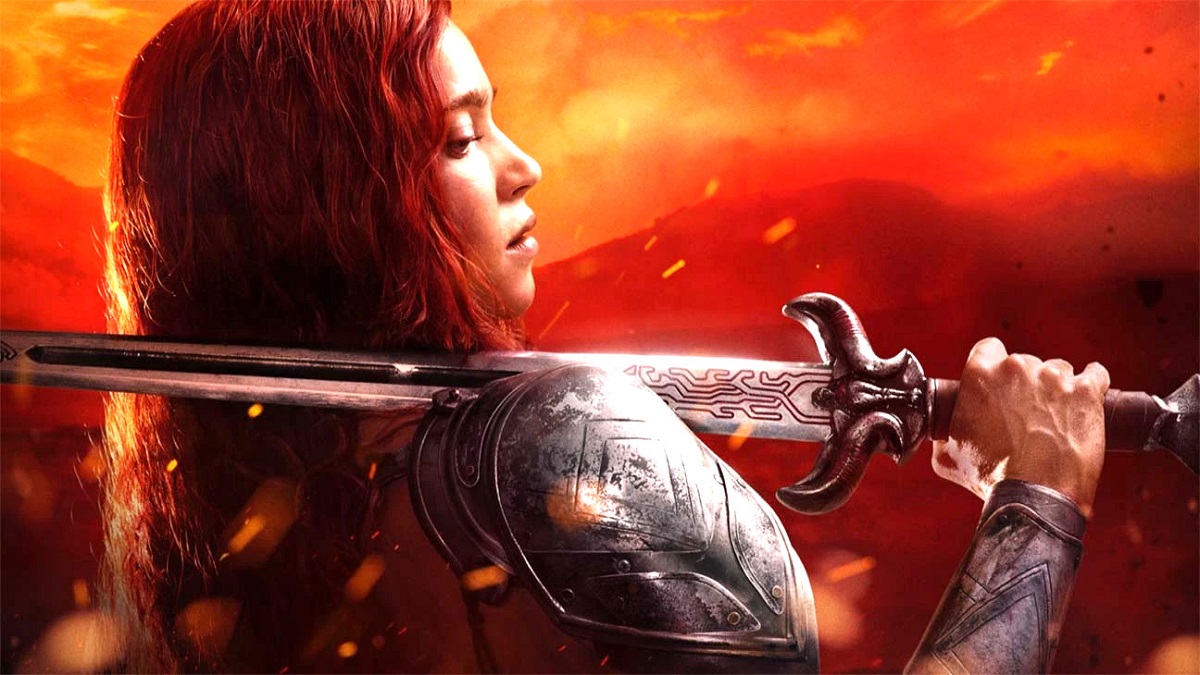 After spending almost 15 years in development hell, the Red Sonja reboot is finally coming to theaters. For real this time.

It would be an understatement to say the project has been through many ups and downs since first being announced all the way back in 2008, with the laundry list of writers, directors, and stars passing through at one stage or another encompassing Robert Rodriguez, Rose McGowan, Amber Heard, Simon West, Joey Soloway, Hannah John-Kamen, and many more.

The swords-and-sorcery adventure is currently in front of cameras in Bulgaria, with Solomon Kane‘s M.J. Bassett calling the shots, with Matilda Lutz starring in the title role. Arnold Schwarzenegger views the original as the worst film he’s ever been a part of, so surely the bar has been set very low.

Somewhat worryingly, though, the CEO of production company Nu Boyana has come clean about the outfit’s back catalogue while speaking to The Hollywood Reporter, with CEO Yariv Lerner offering a concerningly frank assessment of his filmography.

Those are stirring words to drum up hype for Red Sonja, which a lot of people simply assumed would fade into the bowels of development hell, never to be seen or heard for again. It certainly won’t be an art film, that’s for sure, which has wondering whether it’ll end up falling into the “shitty” side of the equation.