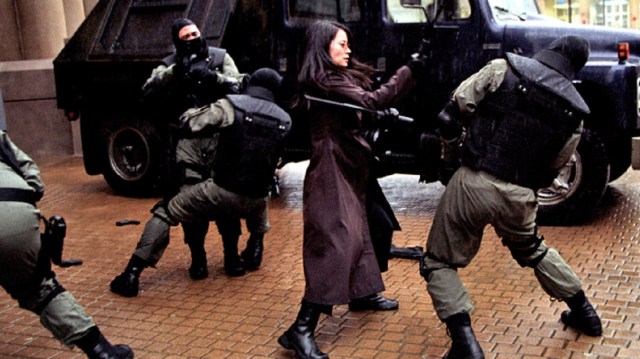 History has shown that any movie with the word (or a variation of) “versus” in the title has a 50/50 chance of being awful, but 2002’s video game adaptation Ballistic: Ecks vs. Sever took things to an entirely new level by becoming the single worst-reviewed film in the history of Rotten Tomatoes.

While calling something the worst of the worst could easily be interpreted as a personal opinion, or even outright hyperbole, the facts speak for themselves. The maligned sci-fi actioner currently holds a big fat zero percent score on the aggregation site from a whopping 118 reviews. That’s the highest number of critical reactions to have ever failed to yield a positive notice, so at least Ballistic continues to live on in infamy, otherwise it would have been completely forgotten a long time ago.

As well as embarrassing itself on a critical front, the $70 million shoot ’em up was also a colossal box office catastrophe that could barely scrape together $20 million during its theatrical run. And yet, the milestone anniversary of Ecks vs. Sever has fans wondering if it’s been unfairly judged, or if it truly does deserve its status as one of cinema’s most egregious failures.

It marks a nadir for the respective careers of stars Antonio Banderas and Lucy Liu, that’s for sure, and the overriding sentiment to be derived from the comments is that Ballistic does indeed suck an incomprehensible amount. Does it deserve to hold the title of worst-reviewed film in the history of the industry’s premiere method of aggregation, though?

Maybe, maybe not, but we’re leaning in the affirmative – if only for the fact it was so turn-of-the-millennium that director Wych Kaosayananda was billed under the decidedly nu-metal moniker of Kaos.