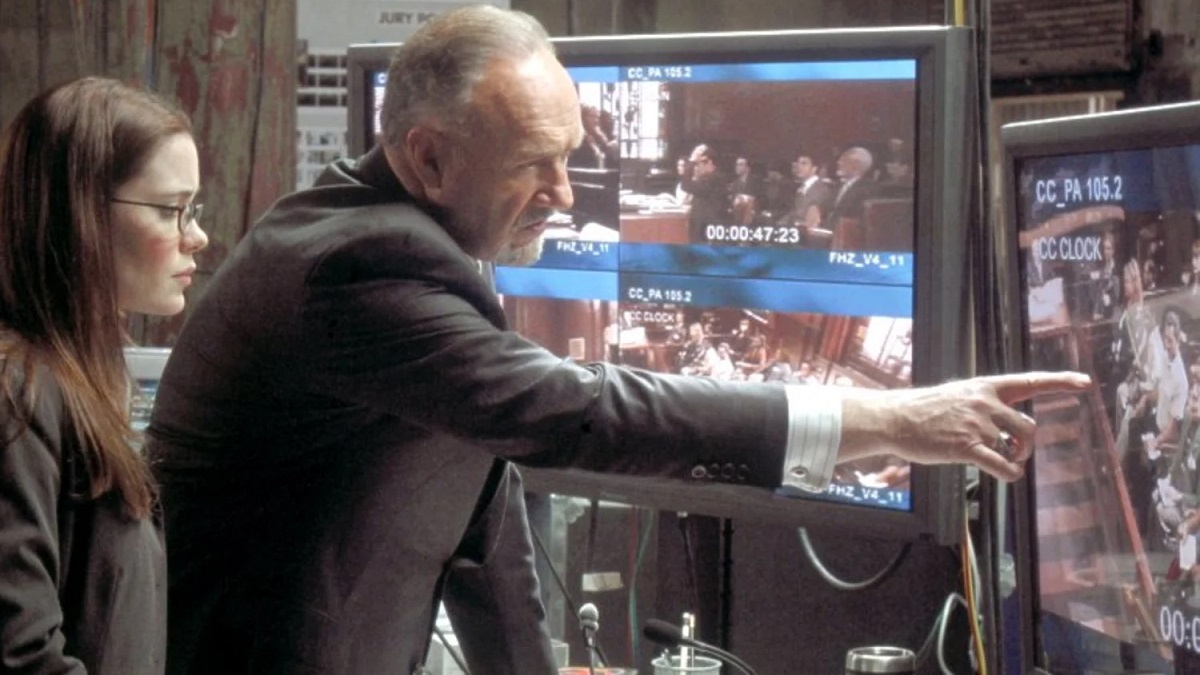 Hollywood loves capitalizing on a hot trend, jumping on the bandwagon, and then running it into the ground as quickly as possible, with the 1990s marking the apex of the John Grisham adaptation’s short-lived stint in the spotlight. In fact, it’s been almost 20 years since one of the author’s signature legal thrillers was brought to the big screen, with Runaway Jury unknowingly marking the craze’s final stand.

As tended to be the case with every Grisham movie, Runaway Jury recruited a star-studded cast to bring gravitas to an increasingly convoluted plot packed full of twists, turns, double-crosses, sleight of hand, and subterfuge. In this instance, the stacked roster roped in Gene Hackman, Dustin Hoffman, John Cusack, Rachel Weisz, Jeremy Piven, Cliff Curtis, Dylan McDermott, and many more to deliver what proved to be a quietly acclaimed sleeper hit.

Respective Rotten Tomatoes scores of 73 and 75 percent put Runaway Jury among the top tier of Grisham flicks, even if an $80 million take at the box office was deemed a disappointing return given the $60 million budget. The tale of an unfairly biased courtroom being infiltrated and torn down from the inside in a high-stakes battle of wits worth billions has maintained a reputation as an underrated gem, with Disney Plus subscribers the latest to fall for its charms after the film returned to prominence on the Disney Plus worldwide charts, per FlixPatrol.

It’s incredible to think that we got The Firm, The Pelican Brief, The Client, A Time to Kill, The Chamber, The Rainmaker, The Gingerbread Man, and Runaway Jury in the space of just 10 years, but not a single Grisham novel has been turned into a feature since.