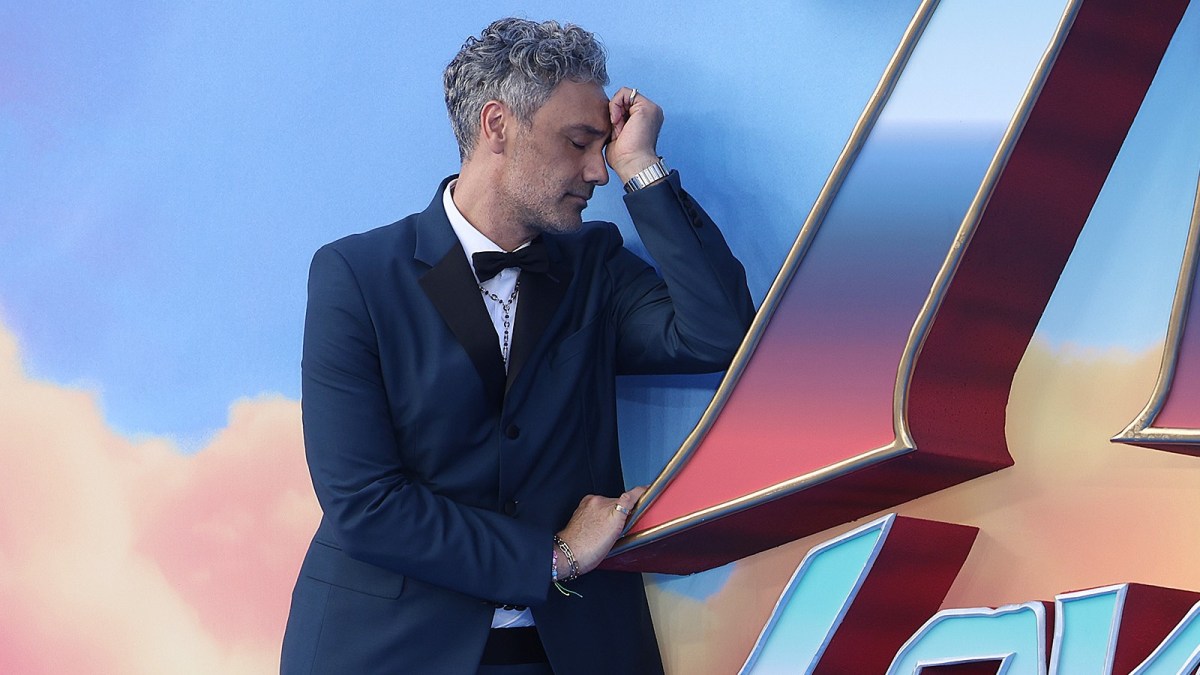 Up until mid-2022, Taika Waititi was the knight-in-shining-armor who appeared as the savior of Thor in the MCU. Before he came, the God of Thunder was this stiff character that only knew how to swing his hammer and appear angry. As we know, Waititi’s take on the character in Thor: Ragnarok changed that bleak image with a very likable Thor. But just as swiftly as he had enamored fans with his new Thor, he has lost their favor and attracted their never-ending ire with an even quicker pace with the release of Thor: Love and Thunder.

Even though the film ended up being a box-office success, it left critics and the general audience majorly unsatisfied to the point that even after months since its release, it remains a topic of heated divisive debates. In fact, recently, Disney inadvertently set itself up as a target for derisive comments, mocking memes, and whatnot by pushing Love and Thunder for the Oscars.

At the moment, Marvel Studios has given no signs that they are miffed with Waititi even though it is evident that Thor 5, if helmed by him, would undoubtedly suffer from doubtful fans who have been burned by Love and Thunder. So, presuming that Waititi’s place in the MCU is safe, for now, the director needs to do some swift as well as long-term damage control.

MCU diehards are out for blood and Waititi is making it really difficult for them to forget how Love and Thunder massively fell short of their high expectations. The director recently shared that only the chance to do something “surprising and unexpected” would bring him back to the Marvel world for a fifth Thor film. It is evident that the many glaring pitfalls in the recent Marvel flick and the resultant backlash from fans have done nothing to dim Waititi’s passion to experiment with Thor as according to him his version of unique would be making “a $5 million movie with no fighting at all, just Thor on a road trip. Like ‘Nebraska.’”

We can already see the Waititi hate train adding a few more coaches to make space for all the new MCU lovers he turned against him with that statement. No matter how much he wants to detach Thor from his past and from the MCU, Waititi has to accept that this is where fans want the character to stay. Sooner or later — logically the former — he has to pay heed to fans’ feedback and drop his single-minded agenda to either turn Thor into a stand-up comedian or activate his zen mode.

Understand the difference between humor and flat-out parody

Look, we are all in for “funny Thor.” Honestly speaking, we are glad the broody and unmovingly grumpy Asgardian king is long gone. But while Ragnarok dabbled in humor with a finesse that had fans asking other MCU directors to take notes from Waititi, Love and Thunder drowned itself in its crusade to turn a highly anticipated thrilling plot into a parody.

The comedy is overdone to the point where the actual storyline is sidelined to ensure that five more jokes can be inserted. Waititi had two exceptional opportunities in his hands — the chance to give Jane Foster and Thor’s story a new life and make good use of Christian Bale’s chameleon superpowers of living…. no, breathing his character. But even Portman’s desired return as Jane and the excitement around Bale’s MCU debut as Gorr the God Butcher suffered from the almost frenzied focus on making every dialogue a comedian’s act.

Being funny is fine, seeing that it is MCU’s core MVP that has given it the upper hand against the DCU. But everything has a boundary that needs to be toed carefully, even humor, which if not handled well can either become insulting or nonsensical and irritating, as it did in Love in Thunder.

If Waititi does make Thor 5, he will have to remember this crucial distinction because next time, the memory of Ragnarok’s excellence won’t be enough to dull the fans’ ire.

Steer away from creating higher expectations

…especially when he has no plans of meeting them.

Before Love and Thunder hit the theaters, Waititi made lofty promises about how the film would be unapologetically queer. But you and I both know how hollow the statement turned out to be when we watched the film, which only included Korg finding a lover named Dwayne and Valkyrie, who was promised to embrace her queerness, kissed the hand of a woman. Compared to this, even the two-second, shuffled-to-the-background, LGBTQ+ representation in Star Wars: The Rise of Skywalker looks good.

Perhaps for his next Thor outing, the director would prefer to refrain from making claims that he is aware he will not be fulfilling as while promises like this do amp up a film’s hype, their unfulfillment proves to be far more detrimental.

Revert God of Bad Jokes to being God of Thunder

It has already been proven that fans love how Waititi induced a welcome light-heartedness in Thor in Ragnarok — him continuing that is not the problem. The real trick is balancing them against the vulnerability the character shows as well as the shining moments where he proves why he is in the top ranks in the list of Avengers who can give the likes of Thanos a run for their money.

Fans expected Jane and Thor’s reunion to be heart-touching, especially since it was common knowledge that the former would be dying from cancer when she would start wielding Mjölnir. Comic book fans were also anticipating Gorr’s arrival, who with his bloody history was a tantalizing promise while Bale’s casting was a confirmation that his and Thor’s face-off would be an iconic moment.

But the haphazard plot has little space for any of these crucial sides of Hemsworth’s character — countless plot points are introduced at breakneck speed that is only thwarted by the tasteless desperation to be funny at any cost.

Let us put out an unpopular opinion — Love and Thunder ain’t that bad. No need to raise your hackles, hear us out. The real fuel stoking the flames against it is that Waititi had shown, had proved that he understands the character better than past directors who shaped the God of Thunder’s arc in the MCU. He gave us a Thor we wanted in Ragnarok. The fact that Love and Thunder continues to bring such flak to Waititi is because it felt like he went back on his word — snatched the perfect Thor from fans and replaced him with a watered-down, parody version.

So, no matter how incensed parts of the MCU fandom is at the moment, they currently have a love-hate perception of the filmmaker. Thus, if he plays his cards just right and rectifies the mistakes that fans have been highlighting in neon, he might still have the chance to redeem himself.