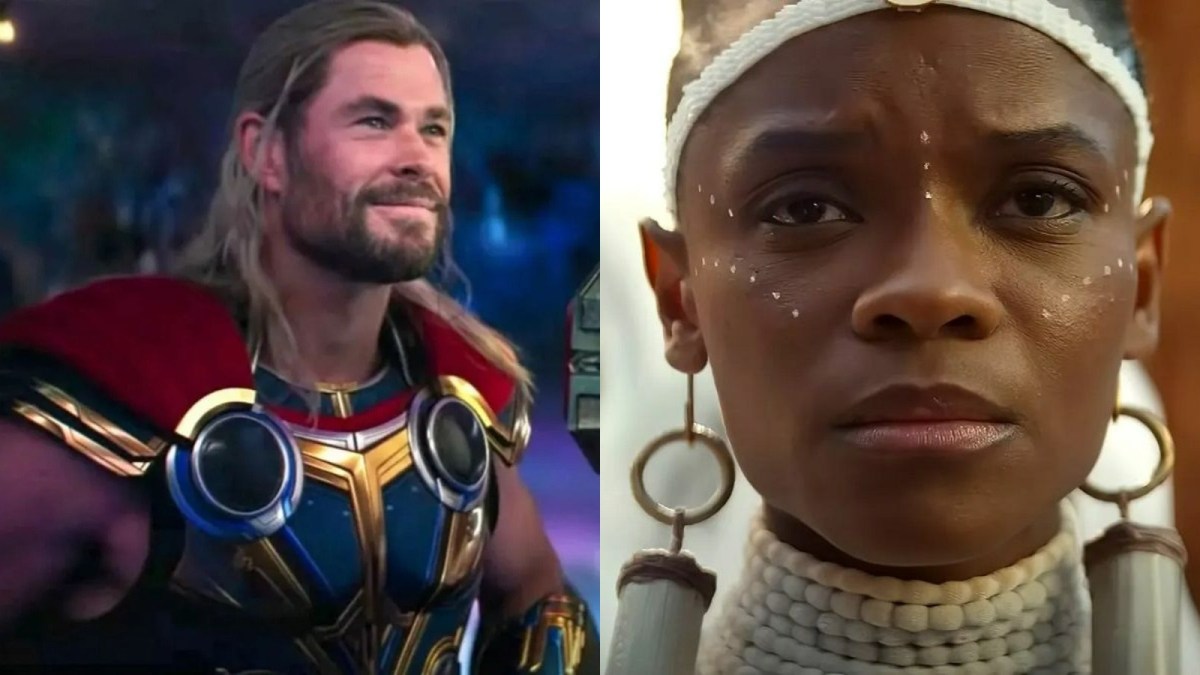 It looks like the multiverse has descended into madness all over again as things are looking mighty weird in the Marvel front over in the awards world. For starters, the studio is ambitiously pushing Taika Waititi’s much-mocked Thor: Love and Thunder for Oscar consideration while Black Panther: Wakanda Forever has bizarrely struck out at the Golden Globes, earning just a single nomination to its name. Elsewhere, Daredevil fans have shown their horns as Black Widow enjoys a reputational resurrection.

Thor: Love and Thunder comes under fresh scorn after Marvel submits it for Oscar consideration

There’s much the internet likes to mock about Love and Thunder, but number one on the list is its dodgy CGI. And yet Marvel Studios has submitted the summer blockbuster for Academy Awards consideration in a range of categories, including Best Visual Effects. Considering this is the movie that gave the Marvel fandom one of its biggest memes of the year, in the Teletubbies-like floating head of Axl, the internet is well and truly losing it over this unexpected turn of events.

On the other end of the scale, we have Black Panther: Wakanda Forever, a critically acclaimed outing that’s managed to break an MCU record thanks to its box office staying power. And yet it seems it’s not destined to perform as perfectly next awards season as Ryan Coogler’s sequel has only managed to pick itself up a single nomination at the Golden Globes. At least it’s a highly deserved one, with Angela Bassett landing a Best Supporting Actress nod. Best of luck to our Queen Ramonda.

Make up your minds, Daredevil diehards. First, they campaign for years to get Marvel to renew the former Netflix show but now they’re calling for Born Again to be cancelled unless it goes ahead and brings back a trio of favorites from the original run. Namely, Deborah Ann Woll (Karen Page), Elden Hensen (Foggy Nelson), and Elodie Yung (Elektra). It seems now that Charlie Cox and Vincent D’Onofrio have returned elsewhere, the incoming revival needs some other familiar faces to reignite the fandom’s excitement.

For a while there, it looked like Black Widow might go down as the biggest punching bag of the MCU’s Phase Four, but now that Love and Thunder has valiantly taken on that duty itself, it seems the tide may be starting to turn for the little-loved Scarlett Johansson vehicle. In a rare move, fans have been sharing what they actually like about the spy thriller, although the day folks don’t complain about its treatment of Taskmaster or the fact it should’ve arrived 10 years sooner is still a ways away.

Tune back in on Tuesday, Love and Thunder thumpers, for more of the latest Marvel news around.