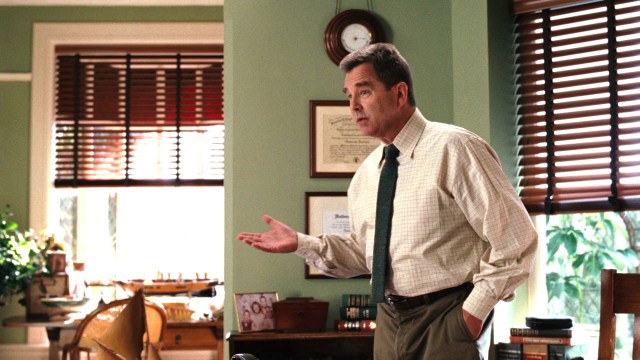 On paper, a whimsical family-friendly fantasy that came bearing a gaggle of big names and told a heartwarming tale of friendship against the odds sounds like the least offensive film you could possibly imagine. In that regard, the doe-eyed 2006 adaptation of Charlotte’s Web definitely fit the bill.

Throw in a Certified Fresh Rotten Tomatoes score of 78 percent, a box office take of $150 million, and the reassuring presence of such favorites as Dakota Fanning, Julia Roberts, Steve Buscemi, Oprah Winfrey, Kathy Bates, Reba McIntyre, Robert Redford, and Thomas Haden Church among the live-action and voice ensemble, and a fun time is surely to be had.

Well, that depends on whether or not you happened to live in Kansas roundabout the time of Charlotte’s Web coming to theaters in December 2006. The very same year, the original novel by E.B. White was banned due for the nonsensical reasons of “talking animals are blasphemous and unnatural”, and references and reflections to death were “inappropriate subject matter for a children’s book”.

It was a bizarre call that generated plenty of headlines, but we’d love to imagine that more than a few residents of the state have been checking out Charlotte’s Web on Netflix seeing as it’s become one of the platform’s Top 10 most-watched features in the United States, per FlixPatrol.

If there’s one way to get around an outlawed novel, it’s checking out the big screen adaptation instead, so let’s hope Kansans everywhere have been firing up the app for 97 minutes of humbly innocent entertainment.