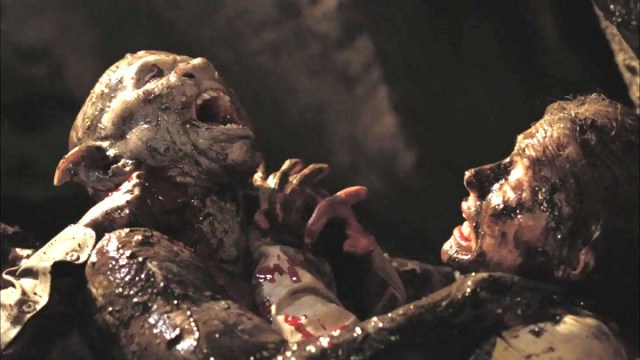 Trying to name an acclaimed horror classic that hasn’t been run into the ground by a myriad of subpar sequels is close to an impossible task giving the genre’s love for beating any solid concept into submission, but one positive is that Neil Marshall’s The Descent only got one of them.

The original blew audiences and gorehounds alike away when it was unleashed upon an unsuspecting world in the summer of 2005, with Marshall cementing himself as one of the fastest-rising talents in the world of blood-curdling terror by following Dog Soldiers in superb style, delivering back-to-back cult favorites and box office hits by the age of 35.

The Descent won rave reviews, recouped its production budget almost 10 times over at the box office, and remains an enduringly popular and widely-beloved exercise in unrelenting terror to this day. The sequel? Not so much. In fact, Redditors have been openly blasting the vastly inferior follow-up in their numbers, and it speaks volumes that the top-voted comment at the time of writing is a succinct “there’s a reason no one talks about The Descent 2.”

Editor Jon Harris stepped up to wield the megaphone on the movie, with the story finding the opener’s sole survivor (Shauna Macdonald’s Sarah) forced to almost immediately head back into the subterranean hellscape that claimed the lives of her spelunking companions. Forced and contrived, a 34 percent audience average on Rotten Tomatoes is less than half of what its predecessor managed, but it’s at least twice as inferior.

It’s not the worst cash-grab second installment you’ll ever see, but it doesn’t exist in the same stratosphere as its forebear.