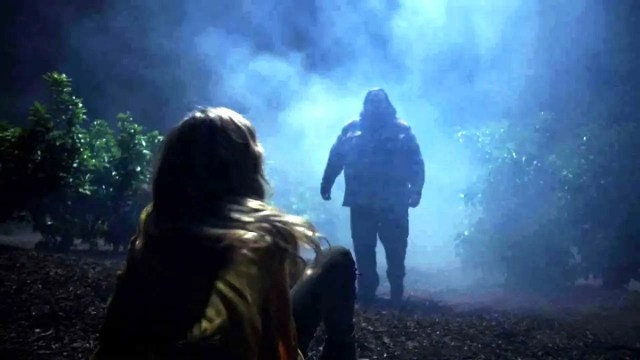 All you really have to do is turn around on streaming or VOD to stumble upon dozens upon dozens of low-rent horrors, and the vast majority of them certainly aren’t worth your valuable time. Hunter’s Moon is arguably among them, but streaming subscribers have nonetheless decided to give it a shot anyway.

As per FlixPatrol, the under-the-radar tale of things going bump in the night has become a Top 10 hit on Prime Video in five countries split between two continents, which is an impressive showing for a film that holds a weak 3.4/10 rating on IMDb, as well as a measly 17 percent user score on Rotten Tomatoes.

Of course, the title gives you a pretty good idea of what’s in store, as does a cast that includes Katrina Bowden, Jay Mohr, Thomas Jane, and Sean Patrick Flannery, all of whom have become regulars on the bargain basement circuit. Writer and director Michael Caissie’s flick was originally going by the title of The Orchard, but that makes it sound more like a quaint period drama than a supernatural chiller.

Jane leads the ensemble as a local sheriff, who gets a great deal more than he’s bargained for when he turns up at the aforementioned orchard to investigate three teenage sisters who reported being attacked by a gang of unsavory local youths. In a shocking coincidence, it also happens to be a full moon, leaving our intrepid protagonist to contend with a terrifying threat that he never saw coming. Hunter’s Moon is one for the diehards, then, many of whom apparently have a Prime Video sub.