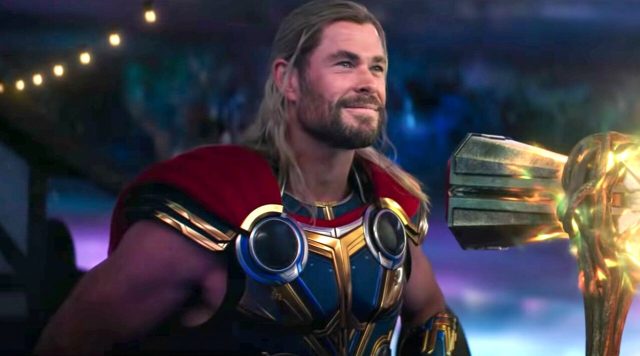 There was so much hype for Thor: Love and Thunder in the run-up to its release, but now that it’s here, a lot of Marvel lovers have been left thunderously disappointed by the movie. Despite Chris Hemsworth still giving the title role his all and Taika Waititi returning to helm after Ragnarok, the magic of the third Thor film just hasn’t been replicated for many people. So what went wrong?

Most are pointing to failures in the plot as the reason for their lack of enjoyment, as well as an over-reliance on Waititi’s signature brand of zany humor. But, if you look at all the story beats the movie hits, it seems like it has everything — romance, action, emotional deaths, shocking cameos… You name it. And yet, when you put it all together, it’s just not working for a sizeable chunk — but not all, it’s important to stress — of the fandom.

But what is it about the story that’s rubbing some up the wrong way? Redditor kristenjames thinks Love and Thunder‘s number one flaw is that it breaks the oldest storytelling rule in the book: show don’t tell. As the fan shared on the r/MarvelStudios subreddit:

“Any one else feel the build up to the story happening was more ‘tell’ and not enough ‘show’? And I’m not even talking about the Korg story time parts… Like as the story was happening, things just kinda happened or were talked about with out much visual time or space for it to exist?”

They went on to argue that Gorr’s transformation into God Butcher happened “very quickly” and “we never really saw him Butch much.” Meanwhile, they felt that Jane becoming the Mighty Thor occurred “in the blink of an eye.” The OP also admitted to failing to follow the plot logic of how the heroes reached Eternity at the center of the universe.

Ultimately, the Redditor feels that Love and Thunder would’ve been improved with a longer runtime, which is a complaint leveled at numerous Phase Four movies already. Their critique concludes:

“Anyway, I think the story that was built around the happenings is really good. I loved what they did with Jane, I loved Gorr and the battles were awesome. But the happenings to get us there went soo fast, and were littered with so much Taika that was it sometimes difficult to see the Thor movie through it. Might be one of the only times I thought a movie should be longer so we could see more of Gorr, spend more time with Jane and Thor to work out some awkwardness, and to have more time with the devices that moved the story forward.”

You could blame problems with the script for these perceived flaws, but it’s more likely this issue arose in the editing process. Clearly, Waititi left a ton of juicy material on the cutting room floor, including major cameos from the likes of Lena Headey, Peter Dinklage, and Jeff Goldblum. Unfortunately, anyone hoping for a Director’s Cut of Thor: Love and Thunder shouldn’t bank on that happening anytime soon.