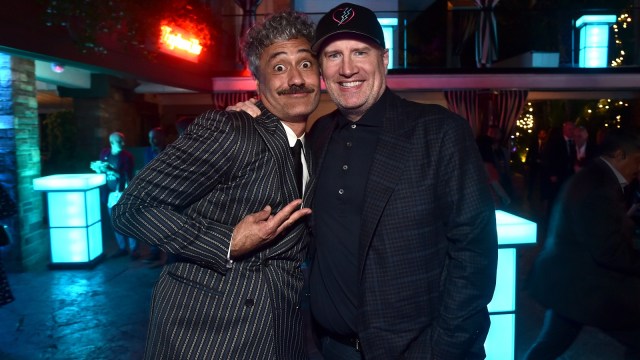 Fans haven’t been shy in airing their grievances with the Marvel Cinematic Universe‘s Phase Four, which has proven to be a lot more unfocused than any of the three stages that comprised the Infinity Saga. Thor: Love and Thunder is barely out of the theatrical oven, but it’s already been dragged over the hot coals of criticism.

Chris Hemsworth’s fourth solo outing has been awarded a B+ CinemaScore, which means that three of the franchise’s four lowest-rated efforts have been released since November of last year, with Taika Waititi’s Love and Thunder coming hot on the heels of Chloé Zhao’s Eternals and Sam Raimi’s Doctor Strange in the Multiverse of Madness, a trio of comic book blockbusters that came bearing the unmistakable fingerprints of their directors.

As a result, the fandom has now erupted into a hugely ironic debate, with MCU enthusiasts over on Reddit wondering if the time has come for Kevin Feige to start reining in his creative talents that little bit more.

Longtime MCU supporters will remember that it wasn’t too long ago the complete opposite argument was being made, when Marvel Studios’ safe and uninspiring in-house style had detractors lamenting the fact everything to emerge from the production line looked, sounded, and felt the same.

Obviously, the solution (if one is even needed) would be to find the middle ground, but that’s a lot easier said than done, especially when the churn of film and television content continues to speed up with over 30 projects currently in the works behind the scenes.