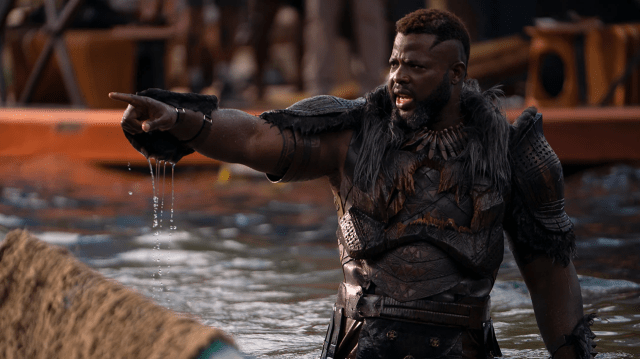 On TikTok, one can find magic, humor, and sometimes, all-around annoying human beings. Matt Ramos is one of these. The creator posts under the username Supes, acted foolishly while seeing Black Adam, and now, his takes on Black Panther: Wakanda Forever are uniting swathes of the internet under the notion some people should not be able to be famous for making short videos.

For one, the try-hard tweeter was incredibly disingenuous in criticizing people for being loud in a theater in light of his behavior when seeing the Rock’s risk-averse superhero project. They responded to this with a picture of a character from a well-regarded superhero film and said Ramos should feel bad, though he did not comment in a reply to the critical post from another person.

Later, another adds his critique of the piece should be taken as a sign it is not at all focused on fan service at the expense of the story. They say Ramos often is more concerned with cameos over character, and, as a result, Black Panther: Wakanda Forever will work.

Then, someone else cites his praise of Black Adam and says, if he likes this while saying the coming Black Panther film is off, he is not to be taken seriously and ultimately his high opinion of one only came from a character he enjoys coming in at the ending.

Black Panther: Wakanda Forever premieres Nov. 11. At this time, it is not known whether anything in the piece will cause grown men to shout in the theater like a toddler who just saw Santa Claus to the frustration and annoyance of others watching by them.