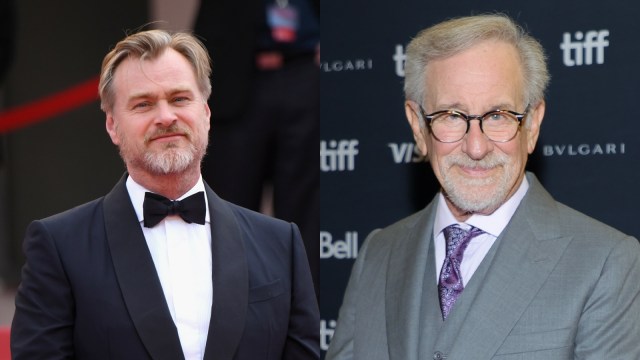 Henry Cavill is officially back as Superman in the DC Universe, as was made abundantly clear by his last-minute cameo in the mid-credit scene for Black Adam, but who might be the right director to eventually bring us Man of Steel 2?

Before Cavill’s appearance in Black Adam, his future as DC’s Big Blue Boy Scout was quite uncertain. Audiences hadn’t seen Cavill as Supes on the big screen since 2017’s Justice League, with 2013’s Man of Steel representing the last time he helmed his own solo movie as the character. Now, Warner Bros. Discovery is reportedly actively looking for writers to create what will essentially become Man of Steel 2, according to The Hollywood Reporter.

Though The Suicide Squad director James Gunn and Aquaman producer Peter Safran have been named the co-CEOs of the newly-minted DC Studios, the finer details about Cavill’s next Superman movie have not been sussed out; at least, from what we publicly know about the situation. Presumably, the search is still on for not only a writer for Man of Steel 2, but a director as well. So let’s countdown our top picks for the Hollywood creatives we think would be great at helming such a project.

At first glance, the comedic actor Seth Rogen — who became a household name through breakout roles in frat-like boner comedies by Judd Apatow such as The 40-Year-Old Virgin and Knocked Up — seems like an odd choice as someone worthy of helming a superhero movie. However, Rogen has arguably proven his salt as a director with films like This Is The End and The Interview, both of which were comedies but showed a penchant for spectacle.

As a producer, Rogen is one of the people responsible for bringing the world The Boys and Invincible, two of some of the most highly-acclaimed superhero shows currently on TV. Plus, Rogen was both a producer and frequent director of the well-regarded Preacher on AMC, based on a legendary comic book series of the same name. If that weren’t enough, Rogen has even made his own Superman movie pitch by suggesting the story take inspiration from classic Westerns, such as High Noon. Even if Rogen’s acumen as a director is somewhat lacking to helm a Superman film, we think he should at least be considered as a co-writer or producer for a Man of Steel sequel.

Brad Bird has proven that he’s not only a great director in the world of animation but live-action as well. The two-time Oscar winner helmed the colorful and imaginative The Incredibles duology, which also happened to be action-packed, as well as the then game-changing Mission: Impossible – Ghost Protocol.

While his superhero chops were clearly on display in the Incredibles films, and he showed he could helm breath-taking action set pieces in Ghost Protocol, it is Bird’s very first film that makes us excited at the rhetorical prospect of him directing a Superman movie. The cult-favorite The Iron Giant pulled off the rare cinematic feat of making audiences care for — and even cry for — a giant robot of few words. If Bird can achieve that, with all the scale and scenes of flight that The Iron Giant contains, just imagine what he could do handling a Superman movie.

From Walk the Line to 3:10 to Yuma, James Mangold’s eye for crafting myths of America’s present and past makes him a great candidate for instilling some humanity into the character of Cavill’s Clark Kent, AKA Superman. Not only are Mangold’s more grounded dramas excellent, but he is also the director responsible for single-handedly revitalizing the Wolverine franchise of films after the critical flop that was X-Men Origins: Wolverine.

The adrenaline shot of 2013’s The Wolverine and the sobering tragedy of 2017’s Logan were both excellent examples of why Mangold might make a great candidate for helming a DC superstar. Plus, Mangold specifically cited Richard Donner’s Superman as an inspiration for the Oscar-nominated Logan, making us even more confident the director may be a great choice for instilling humanity in the god-like character. As Mangold explained to Empire Magazine,

“Richard Donner’s Superman was extremely human to me – a different tone to Logan by far, but still. Those beautifully-written scenes by Robert Benton between him and Lois Lane on the terrace, the beautiful humanity and simplicity of those scenes, and the lyrical joy of being swept in the air by a god who also happens to have a crush on [her], the contradictions in all of that are beautiful to me.”

Christopher Nolan has already proven he can helm amazing superhero movies with his acclaimed trilogy of Batman movies starring Christian Bale. So why not take the same talent who brought the world the ground-breaking The Dark Knight and turn his lens to a Superman movie? The DNA of Cavill’s Superman is inextricably connected to Nolan, as well, since he was a producer on Man of Steel.

Recently, WBD CEO David Zaslav reportedly had lunch with both Nolan and Steven Spielberg, making it seem like a possibility that Nolan may return to the former studio he worked for one day. With Nolan’s films like Interstellar and Inception clearly showing a skill for intergalactic world-building and sci-fi adventures that would be well-suited to a Superman story, why not give it the old college try?

Perhaps no other director in the last half-century has been more influential than Steven Spielberg. That is due in no small part to Spielberg’s ability to direct crowd-pleasing fantastical tales that stretch the limits of cinematic scope and imagination, such as Raiders of the Lost Ark, E.T., Jurassic Park, War of the Worlds, and countless others. Spielberg’s recent lunch with Zaslav makes this dream seem closer to coming true than we may know. Funnily enough, Spielberg reportedly turned down the opportunity to direct 1978’s Superman, which ended up being directed by Richard Donner, due to pay disputes and scheduling conflicts, Screen Rant reported. Now may be the best time for Spielberg to consider circling back to the mythos of Superman in the only way that he can.