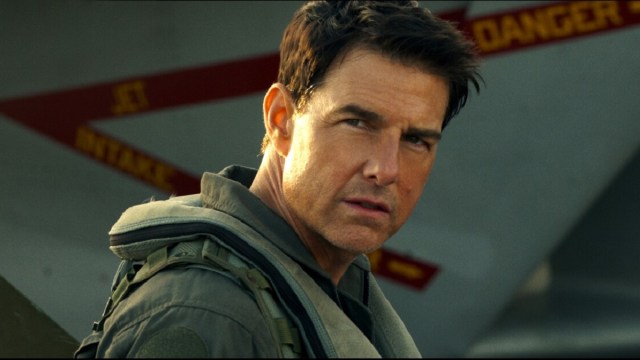 Top Gun: Maverick may have soared at the global box office, but Paramount Pictures is taking a nose dive in its efforts to dismiss a copyright lawsuit that claims it was out of its legal right to make the film.

U.S. District Judge Percy Anderson shot down the studio’s efforts to dismiss the copyright lawsuit, claiming the studio failed to disprove the similarities between an article written in 1983 and Top Gun: Maverick the movie, according to court documents obtained by Deadline.

In the court documents, Judge Anderson wrote, “Defendant’s primary argument in its Motion to Dismiss is that Plaintiffs have not sufficiently pled in their FAC that the Article and the Sequel are ‘substantially similar. The Court disagrees… For all of the foregoing reasons, the Court denies the Motion to Dismiss. The Court concludes that the FAC contains sufficient well-pleaded facts to state viable claims for copyright infringement, breach of contract, and declaratory relief.”

In this scenario, the defendant is Paramount Studios and the Plaintiff is Shosh and Yuval Yonay, the widow and son of the article’s original author, Ehud Yonay. The article in question is titled “Top Guns” and was published in California magazine in 1983 and optioned to be made into the original Top Gun movie from 1986.

Shosh and Yuval’s main argument is that the rights to Ehud’s article reverted back to them in Jan. 2020 and that Paramount Pictures was not within its legal right to make the sequel without consulting with them first. However, Paramount claims the movie was practically complete before Jan. 24, 2020, according to Deadline. Based on Judge Anderson’s statement, though, it appears Paramount is leaning on the argument of dissimilarity between the article and the movie to substantiate their case, not the fact that the movie may or may not have been completed before Jan. 24. The studio is also clinging to the “prior derivative works exception” statute to aid their case.

In Paramount’s original Aug. 26 filing for the case’s dismissal, the studio expressed optimism that the judge would not find any similarities between the article and the movie, and even took a jab at Shosh and Yuval Yonay for bringing the matter to court. “When the Court reviews the article and Maverick, as opposed to Plaintiffs’ irrelevant and misleading purported comparison of the works, it is clear as a matter of law that Maverick does not borrow any of the article’s protected expression,” said the studio.

Unfortunately for Paramount, U.S. District Judge Percy Anderson begged to differ. The studio now has until Nov. 28 to respond.