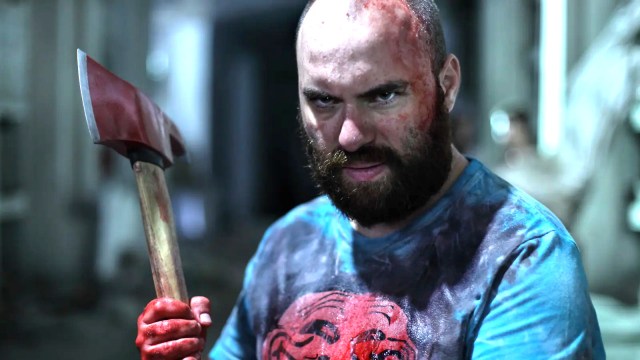 The Cabin Fever and Hostel creator didn’t direct the film, though, with that distinction falling to Nicolás López instead. However, the pair did co-write the screenplay, but Roth did additionally produce and take top billing among the ensemble cast, so his fingerprints were all over it from start to finish.

Despite being made for a thrifty $2 million, Aftershock still tanked at the box office after recouping less than $300,000, and that was after it had been edited down to a hard R-rating in order to avoid the dreaded NC-17. Even then, critics and fans weren’t left too impressed by the 89-minute end product, at least based on the respective Rotten Tomatoes scores of 38 and 24 percent.

However, Aftershock has left Hulu subscribers quaking in their boots by making a surprise appearance on the platform’s most-watched list, where it can currently be found as the ninth-top title in the United States, as per FlixPatrol. Essentially Hostel on the Richter scale, the story follows a group of tourists in Chile who get more than they bargained for when an earthquake collapses a local prison, setting the criminals who survived the shockwaves loose.

Naturally, the escaped convicts aren’t about to play nice, and you’ll need a strong disposition to find out why.