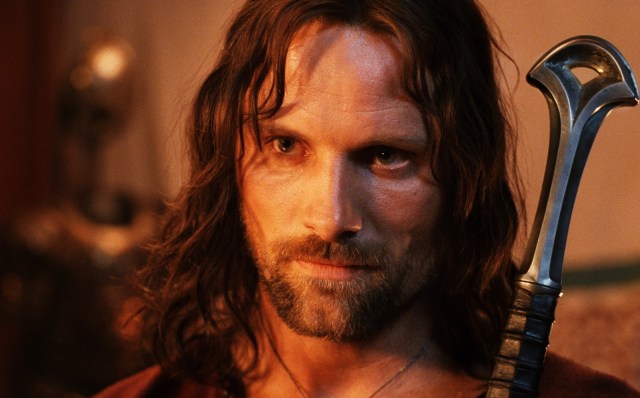 Peter Jackson’s Lord of the Rings trilogy is unarguably one of the most popular films of all time, overtaking even longtime favorites like Star Wars in the hearts of many fans.

The movies made icons out of the majority of their main cast, elevating even relative unknowns onto instant stardom. Among the somewhat recognizable, but largely background stars to become Hollywood mainstays was Viggo Mortensen, who played the character of Aragorn across the trilogy. His portrayal was celebrated across the fandom, as viewers rained praise on his balance of strength and compassion. Aragorn was, and remains to this day, a symbol of healthy, ideal masculinity: loyal and steadfast, sensitive when appropriate, and all without sacrificing his skill and strength as both a warrior and a man.

It’s been more than 20 years since The Fellowship of the Ring introduced viewers to Mortensen’s Aragorn, and yet thirst for the ultimate stud hasn’t faded a bit. People are still utterly captivated by the grimy but gorgeous Ranger, and they’re once again bringing attention to his finest attributes via a slew of celebratory tweets.

Soon, “Aragorn” was a full-on trending topic on Twitter, as people seized the opportunity to boost their favorite Aragorn moments.

People are honoring everything from his fighting style, grace, and compassion to his unique and uninhibited running through the Lord of the Rings films.

The trend also gave fans another chance to highlight the fact that Aragorn honored his lost friend Boromir by donning his bracers.

And, of course, to simply highlight exactly how gorgeous Mortensen is in the role.

It seems that Mortensen’s flawless portrayal of Aragorn will never go out of style, a fact that disappoints no one. Now pardon us while we take a minute to cool down after browsing through countless images of the official stud of Middle-earth.