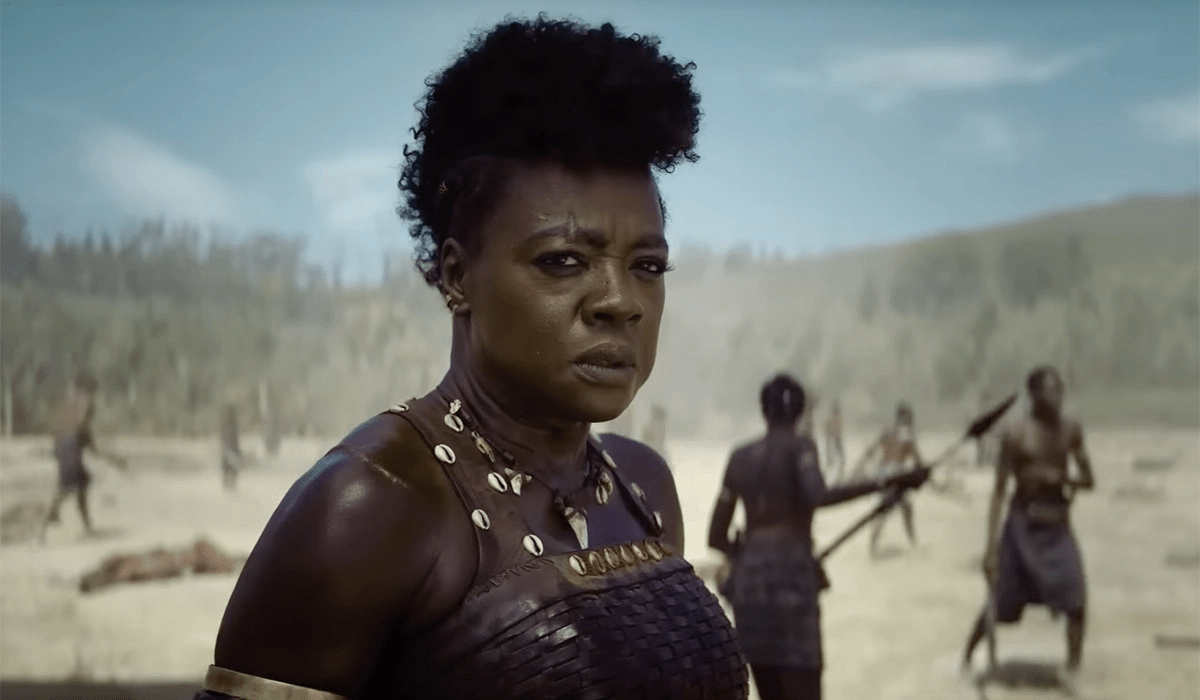 The Woman King dominated the box office and received rave reviews from fans and critics alike during its September 2022 release. The action is a story about Agojie, a tribe that consists of all women from various backgrounds training and protecting the Dahomey kingdom in the 1800s. Since its theatrical debut, The Woman King has made over $94 million worldwide.

Despite The Woman King‘s success, the film’s star, Viola Davis opened up about her reservations prior to accepting her role as General Nanisca. Davis’ admission occurred on Dec. 7 on Variety’s YouTube series Actors on Actors. In the show, Davis — who Jennifer Lawrence interviewed — revealed producer Maria Bello originally pitched her the idea after she was given an award at Skirball Institute in New York City.

Davis told Lawrence at the 1:16 mark that Bello asked the crowd if they could envision the actress playing this role during the pitch, and they cheered. Regardless of the positive feedback, Davis said she didn’t see it happening.

“Mario Bello presented me with an award at Skirball Institute and instead of introducing or presenting it traditionally… She pitched it to the audience and she said, ‘Wouldn’t everyone want to see Viola in The Woman King?’ Everyone cheered they stood up and I remember that was the moment I thought to myself, ‘sit down it’s just never going to happen.'”

Further in the conversation, Lawrence asked Davis why she felt that way; she explained she couldn’t see herself or anyone who looked like her becoming a global box office star because it wasn’t achieved at that moment.

“To be perfectly honest with me what I have going for me is I’m a Black actress…I understand how people perceive that. People talk about race, they don’t necessarily talk about it but when they do talk about race [it’s] not in the perspective of the extent to which it can be a hindrance. I don’t see it as a hindrance, but when I have ever seen anything like Woman King not just with me in it [but] with anyone that looks like me in it… What studio is going to put money behind it? How are they going to be convinced that Black women can lead a global box office?”

Davis added another reason she was reluctant to believe this project would even happen when she began training for it was her age.

“And of course Woman King, I was 56 when I started training for it for eight months so yeah I said that’s not going to happen because you don’t see it.”

It’s safe to say Davis’ fears were quickly demolished when The Woman King hit theaters. Fans can now view The Woman King on various streaming platforms, including YouTube and Amazon, for $19.99. To review how well this movie is performing on streaming, click here.