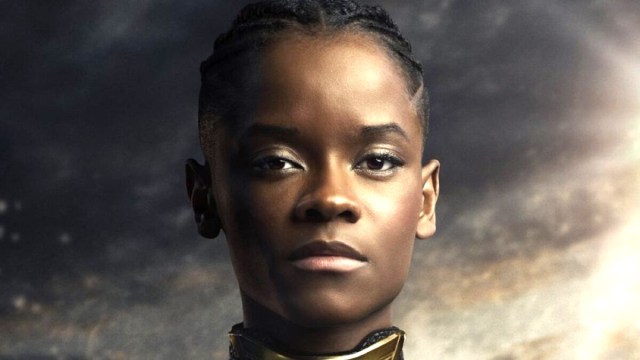 In the run-up to Black Panther: Wakanda Forever, fans couldn’t stop speculating over who might be the eponymous African nation’s new protector as there were just so many feasible options. Of course, as we all now know, Marvel ultimately elected to go with the most obvious play by having Shuri step up to take on her brother’s mantle. But were any other contenders seriously considered? Well, that’s tough to answer as one key member of the crew has offered some contradictory comments.

Producer Nate Moore recently sat down with Yahoo! Entertainment and claimed the “only conversation” that was had involved casting Shuri as the second Black Panther. Moore explained, “Calls for M’Baku or Okoye or Nakia seemed a bit like throwing darts at a dartboard for me… And Letitia Wright nails it.”

That’s all well and good, but it does seem to conflict with what Moore said before, when he revealed another character came pretty close to donning the vibranium suit instead.

In previous comments on this topic, Moore admitted that he, director Ryan Coogler, and the team “would kick around the ideas” about the next Panther as they tried to identify the “most impactful choice.” As Moore pointed out at the time, “M’Baku certainly was someone that got kicked around a little bit.”

Now, however, Moore seems to be downplaying these spitballing sessions as mere idle gossip as he paints Shuri as the only real option to step into T’Challa’s shoes. It looks like we may have to wait for Coogler or other members of the cast and crew to offer their own two cents on the matter to build up a clearer picture of what went on behind the scenes.

But, hey, at least the movie did give M’Baku an exciting new career opportunity anyway, as the end of the film suggested he may take over the throne of Wakanda as Shuri hangs out in Haiti with Nakia and her never-before-seen nephew.