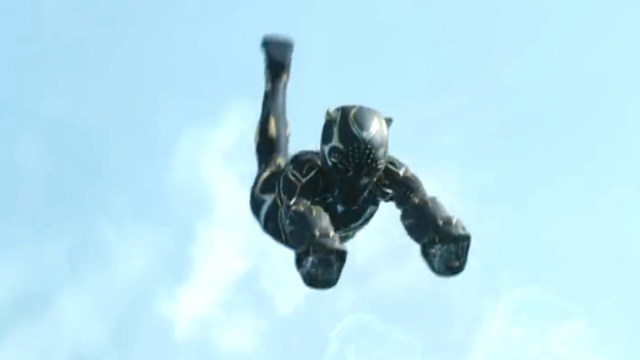 The second film in the Black Panther franchise has arrived with the release of Ryan Coogler’s Black Panther: Wakanda Forever. The latest entry in the Marvel Cinematic Universe sees Wakanda grieving after the death of their King T’Challa aka the Black Panther. Of course, after Chadwick Boseman’s passing in 2020, Marvel had two options, either recast the character or kill King T’Challa.

Ultimately, they decided to kill Boseman’s character and the result has been a thoughtful MCU project that deals with the themes of grief and loss eloquently with a superhero backdrop. But, unfortunately, there was still one question that Black Panther: Wakanda Forever needed to answer, with King T’Challa gone, who would become the Black Panther? Let’s discuss the film and how they handled introducing a new Black Panther.

Going into the film, it felt like there were several choices for who could be the next Black Panther. Okoye, played by Danai Gurira, was high on the list. As a member of the Dora Milaje Okoye had the training and skills that a Black Panther would need. Other possible choices included Nakia (Lupita Nyong’o) and M’Baku (Winston Duke), but ultimately it was King T’Challa’s sibling who took up the mantle, Shuri (Letitia Wright). In fact, there seemed to be no discussion in Black Panther: Wakanda Forever as to who would take up the mantle. As Killmonger had destroyed the Heart-Shaped Herb in the first Black Panther, it was impossible for another person to become the Black Panther immediately. Shuri needed to fabricate a substitute, and as we saw from the start of the film, she could not artificially replicate the Herb yet.

But around halfway through the movie, Shuri gets the object she needs to synthesize a replica of the Heart-Shaped Herb. When she is taken to Talocan by King Namor (Tenoch Huerta), he gives her his mother’s jewelry as a gift. Like Wakanda, a meteorite full of Vibranium crashed near Talocan in the ocean, enriching its soil. The Herb which sprouted from that soil gave the people of Talocan their powers. A strand of the Herb was made into the jewelry which Shuri received, allowing her to analyze it when she went back to her lab.

After analyzing the jewelry and combining it with overlapping sequences in T’Challa’s DNA, Shuri is able to synthesize the Heart-Shaped Herb. Riri Williams (Dominique Thorne) and Nakia were in the room and immediately helped her crush the Herb down into a liquid for Shuri to drink, and help perform the ceremony that we saw T’Challa and Killmonger go through in the original movie. Traveling to the Ancestral Plane, she expected to see her mother Queen Ramonda (Angela Bassett), who had died earlier in the film, or her brother King T’Challa. But instead, because of the rage, she felt at herself due to her overwhelming grief, she saw her cousin Erik Killmonger (Michael B. Jordan).

Killmonger had died in the previous film after taking over the mantle of Black Panther himself and nearly killing King T’Challa. So, Shuri was not exactly thrilled to see him in the Wakandan throne room in the Ancestral Plane. Killmonger spends the brief time that he has with Shuri taunting her, and claiming that she is just as angry as he is. But even though she was at the time, she proves him wrong by the end of the film and lets go of her anger.

So Wakanda is blessed with their Black Panther once again, T’Challa’s sister Shuri. She made a suit for herself and Wakanda quickly accepted her as the new Black Panther, especially when she was backed up by M’Baku. But that does not mean that she is the new ruler of Wakanda, taking the place of her mother and her brother. She does not show up at the ceremony where Wakanda crowns a ruler after people have made their challenges by combat. Instead, M’Baku shows up, suggesting that he will rule Wakanda while Shuri acts as the Black Panther for the time being.

It will be interesting to see Shuri’s future in the MCU and how involved she might become in issues outside of Wakanda, like when there might be a global, cosmic, or multiversal threat. Will she be a part of the Avengers in Avengers: The Kang Dynasty or Avengers: Secret Wars? Probably, but we will have to wait and see. To watch Shuri take the mantle of the Black Panther, catch Black Panther: Wakanda Forever while it is in theaters now.